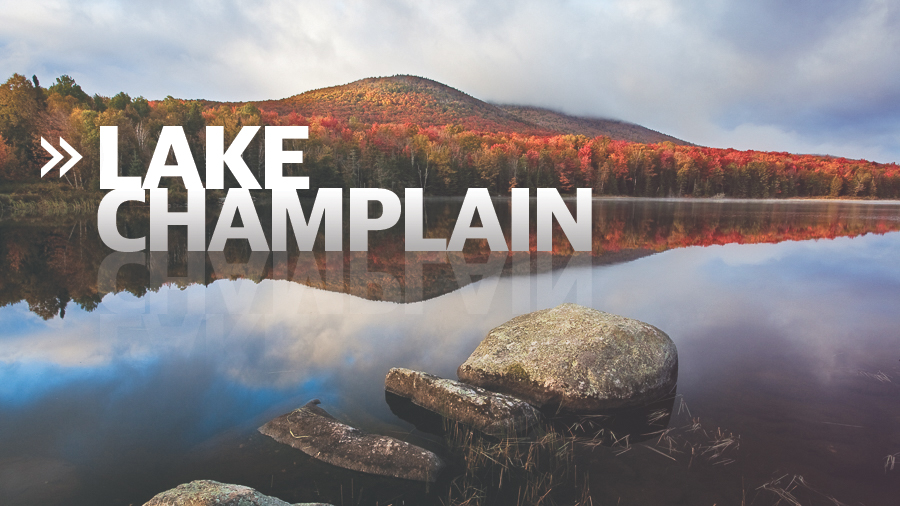 When the glaciers retreated from lower North America 12,000 years ago they left a veritable inland sea that gradually drained into the Lake Champlain we know and love today. About 100 miles long and 400 feet at its deepest point, Champlain is a sprawling and diverse fishery. From the grassy and stained headwaters at the south end filled with largemouths to the rocky midsection loaded with smallmouths to the clear waters with rock, grass and both types of bass at the north end, Champlain has a lot of everything going for it. In recent years, alewives have made a big surge as an additional type of forage, but crawfish, bluegills and yellow perch continue to play the biggest roles in keeping bass fat and happy. 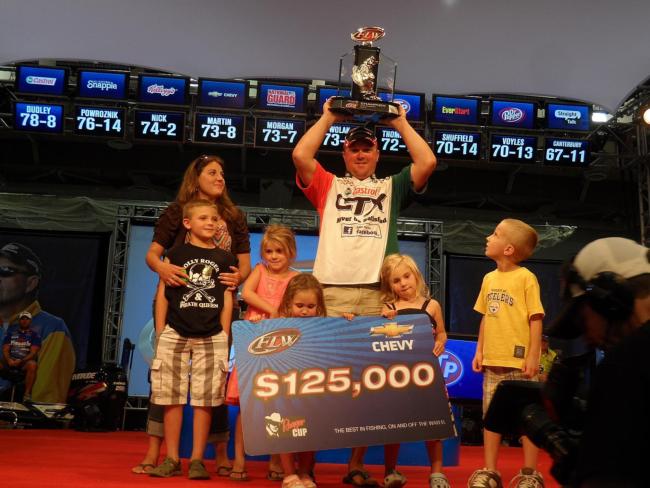 The Walmart FLW Tour last visited Champlain in 2012. Then, in the north end of the lake in and around Missisquoi Bay, David Dudley came within 1 1/2 pounds of averaging 20 pounds per day. Dudley capitalized on largemouths that were less pressured than the ones down south at Ticonderoga. By and large, the rest of the top 10 also focused on largemouths, and the south end dominated, producing more than half of the top-10 catches.

The most recent event on the books at Champlain is the 2015 FLW Series event that was held in late July and won by Glenn Browne. The flipping Floridian caught more than 20 pounds per day and did it all around shallow grass and reeds near Ticonderoga. Interestingly, seven of the top 10 anglers fished up north exclusively in that tournament.

Though there are plenty of smallmouths in the lake, figure the winner to catch exclusively largemouths or a mix of the two. Especially in June, the smallmouths aren’t typically fat enough to compete with the largemouths – that’ll come in August or September.

One factor of interest will be spawning smallmouths. The midsection and north end figure to have plenty of smallmouths on beds come tournament time (with the largemouths having spawned earlier in the warm shallow backwaters). They might well key some big bags but are unlikely to sustain a winning performance over four days.

Finally, prepare to get excited over a shallow slugfest. As early in the summer as this event is, there probably won’t be piles of fish offshore. That means shallow smallmouths and lots of grass-dwelling largemouths from all over the lake will be deposited in livewells.

1. Wind – A strong wind is a common killer at Champlain. It can wreck an area, make offshore fishing impossible and also greatly affect run times. Bass boats are more capable and reliable than ever these days, but Champlain’s rough waters and winds have a reputation for creating major problems.

2. Pressure – There’s a tendency for pressure to build up in the most productive stretches at the south end of the lake. The winner will likely need more than one good area or will need to have something to himself.

3. High water – Depending on how snowy winter is and how wet spring and summer are, pros might be faced with high water. Browne capitalized on the tail end of some flooding in his FLW Series win last season, and high water and flipping have dominated a few times in the past. If the lake is really up, it will likely dampen the smallmouth bite and be a boon to the guys going after shallow largemouths at both ends.

The best angler for Champlain is comfortable around grass and good at catching shallow largemouths with either finesse or power tactics. He’s a guy who can crush ’em for a couple of days in a row and is handy in a slugfest. Our picks are a mix of both: David Dudley, Andy Morgan and John Cox.