Gutierrez yet to be pressured 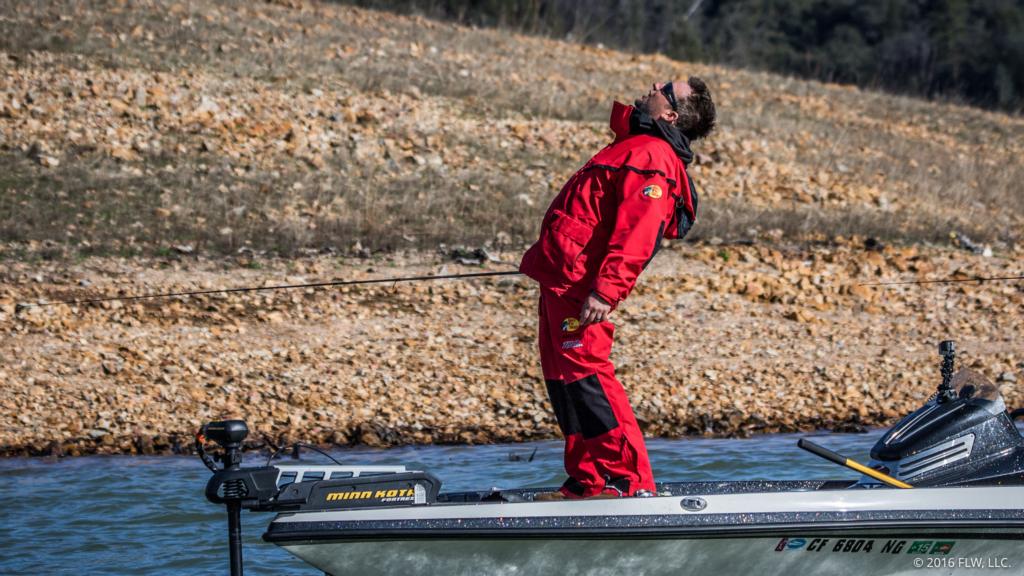 The final day of the Costa FLW Series event on Shasta Lake has unfolded as many of the competitors expected thus far. Pleasant post-frontal conditions have enveloped the lake that was previously battered with storms and the fishing seems to have toughened with the improved weather.

Greg Gutierrez took the lead of the Minn Kota-presented event on Friday and he wasted no time getting a limit with one solid 2- to 3-pounder in the box this morning. We left him to it around 10 a.m., but he had already made a few small culls by that point and the road to a 10-pound limit seems like it will be fairly smooth for him.

The rest of the pack started more than 2 pounds back of Gutierrez, a significant but not impossible margin to overcome on Shasta. Thus far, nobody we know of has mounted a serious challenge. In second, Richard Dobyns had a limit for about 8 pounds and had lost a few possibly key fish. Behind him, Bryant Smith was catching a lot of fish and culling by ounces, but had failed to put together anything big. In fourth, Jeff Michels was one of the first to a limit but was also lacking the kicker bite – to this point.

Further back, perhaps too far back, Miles Howe and Joe Uribe Jr. had both put together pretty solid mornings. Uribe had a few in the 2-pound range and Howe had a solid 3-pounder that needs some company if he’s going to make a comeback.

So far, the only thing settled is the fact that we’re headed for a close weigh-in. Be sure to check back for FLW Live at 3:30 p.m. PT to see who takes home the crown.