Korean angler to compete at Lake Murray in 2017 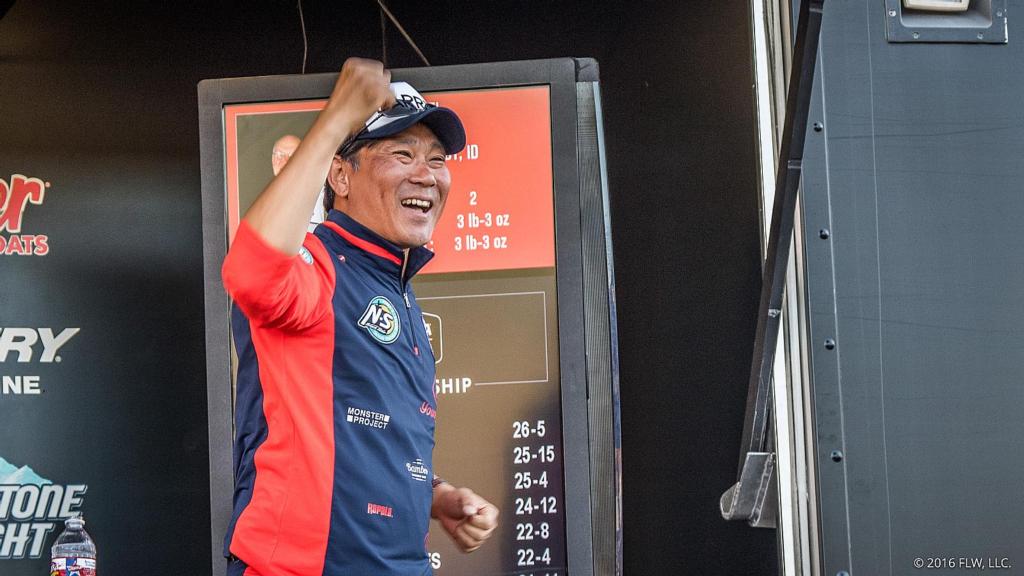 Not to overshadow Pat Fisher’s Costa FLW Series Championship victory, but one of the most exciting moments at Table Rock actually occurred the evening before Fisher was named the champ, at the day two weigh-in. That’s when Korean angler Hyochul Kim finished the tournament as the top International Division angler, earning a trip to the 2017 Forrest Wood Cup. 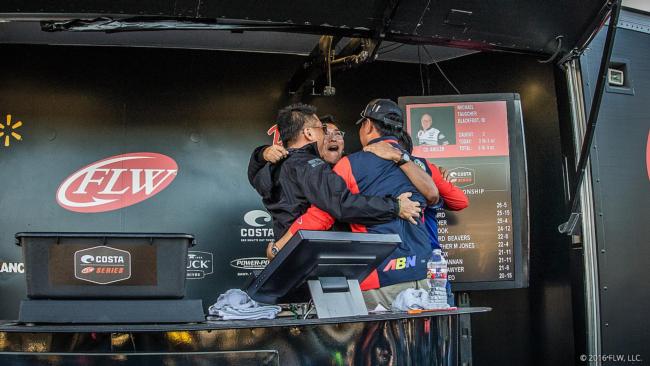 When the results were announced, an entourage of Korean media and FLW Korea representatives that had been following Kim and three other Korean anglers who were in the tournament exploded with cheers in the bleachers before storming the stage to celebrate with their champion.

Kim will not only represent the Korean contingent at the Cup on Lake Murray next summer, but all International Division anglers as the division’s first-ever Cup qualifier.

We wanted to learn more about Kim and his fishing background and expectations for the Cup, so we posed a series of questions.

Here’s what we learned.

3. Tell us about your family. Are you married? Any children?

HK: I’m currently married and have one son.

HK: I work in the printed material business.

5. What’s your fishing background? How long have you been fishing?

HK: I’ve been bass fishing for 27 years and competing in bass tournament for 20 years.

6. Had you ever been to the U.S. before the Costa FLW Series Championship?

HK: No, this was the first time.

7. What’s your favorite lure or technique for bass fishing?

8. You earned a spot at the Forrest Wood Cup. What does that mean to you, and what are your goals for the Cup?

HK: I am very excited to have an opportunity to compete with the best pros in the Forrest Wood Cup. Of course winning the title [is my goal], but I know it is very difficult due to my distance to where it will be held. Practicing at Lake Murray won't be possible for me for now.

9. You mentioned the distance, and that was a challenge for the Costa FLW Series Championship too. How were you able to prepare?

HK: Due to the distance from Korea, I only was able to practice for three days when I got there, but I prepared information through Internet research.

HK: It is all the same "catching bass," but we have only largemouths in Korea, and [having] no understanding of other kinds of bass and how they behave was a challenge.

11. Are there professional anglers in Korea?

HK:  We have many lakes and rivers in Korea, but bass are categorized as harmful species, and even boating is very strictly restricted. But with much of our efforts, the climate has been changing very slowly.

13. Has your success in the U.S. earned you a lot of notoriety back home? 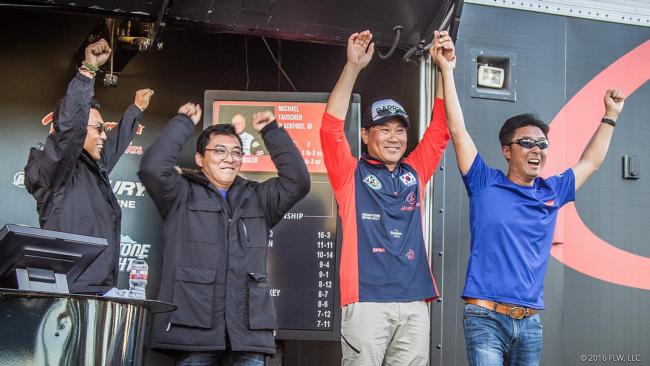