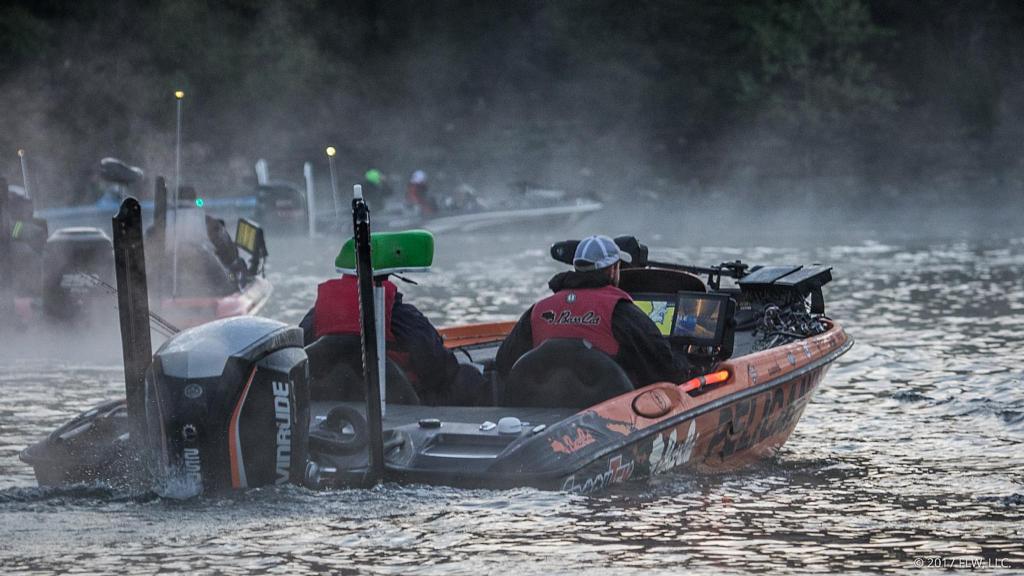 With two tournaments left in the 2017 FLW Tour season, it’s time for a serious look at the Forrest Wood Cup bubble. All year, making the Cup is the ultimate goal for most pros, and it’s the defining factor in a successful season for many. The guaranteed payday and a shot at a title are nice, but simply making it in means you had a good season. It’s very difficult to make the Cup, much less to do it year after year.

This year, with some double qualifiers mixed in, it looks like the Cup cut will extend down to 38th place, though that could change in the next two tournaments. If the season ended today, Bryan Thrift (2016 Lake Norman Invitational winner), Andy Morgan (2016 AOY) and John Cox (2016 Cup champ) would all be double qualified. Currently in 44th (701 points) and 48th (696 points) in the standings after Beaver, Zack Birge and Jeremy Lawyer, respectively, are already qualified via the 2016 Costa FLW Series Championship and could bump the cut down to 39th or 40th if one or both of them moves up in the standings.

The final two events are set for the Mississippi River in La Crosse, Wis., and the Potomac River, and they both offer unique challenges. For one, they’re rivers. Simply put, most pros cut their teeth on lakes, especially Southern reservoirs. The additional wild card at the Mississippi is the smallmouth bite. There’s a good chance targeting smallmouths will be a strong player a few weeks from now, and most pros on Tour are more experienced with largemouth patterns. At the Potomac, pros will have to deal with the tide, which is a factor that not many are expert in. Going down to the wire, it wouldn’t be a surprise to see big swings in the race for Angler of the Year and the chase for Forrest Wood Cup spots.

For now, we’ll look at the folks on the edge of the cut in an effort to gauge their Cup prospects. 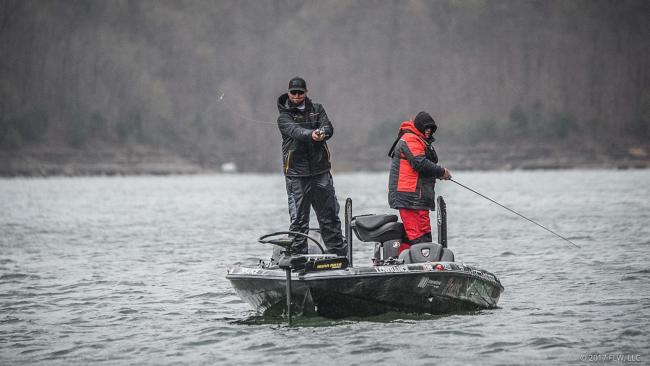 In his second year on Tour, Kurt Mitchell has already earned $8,000 more than in his rookie year and appears to be in good shape to make the Cup. Hailing from the East Coast, he’s got some experience on tidal fisheries and northern fishing in general that could serve him well in the final two events. Though he’s got no history on the Mississippi (which is not that different from many other pros), Mitchell has 107th- and 22nd-place finishes to his credit in Costa FLW Series competition on the Potomac. He’s also got a 31st-place finish on the James River, which is just a little south of the Potomac and has enough similarities that it makes a pretty fair comp. If Mitchell can get through the Mississippi in decent shape, he’ll have an inside track to a finish on the right side of the bubble. 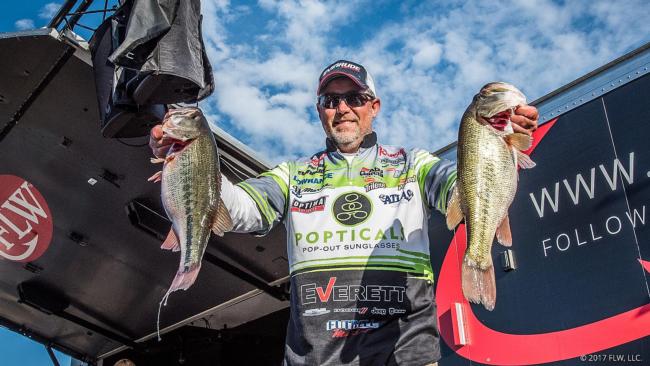 Scott Suggs would likely relish a return to the Cup. He won a million dollars on Lake Ouachita in the 2007 Cup, but has only made the championship four times since then. If he does make it this year, it’ll be the second time he’s qualified for the Cup in back-to-back years and a for sure sign that his fishing is back on the upswing. Suggs doesn’t have much history to speak of on the Mississippi, and outings on the Potomac have ranged from good to abysmal. The Arkansas pro has as much experience as anyone, but it’s hard to say the odds are in his favor down the stretch. 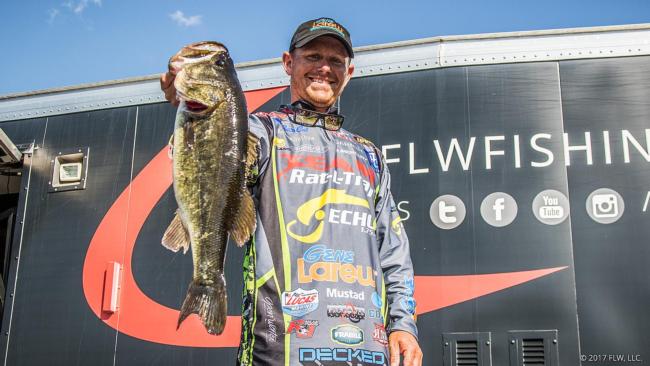 Essentially tied with Suggs, Andrew Upshaw is looking to make the first Cup of his relatively short career. Upshaw was close to the Forrest Wood Cup in 2015, and finished up the season with a 44th-place finish on the Potomac River. That year, what really sunk him was a triple-digit showing on Lake Toho. This year, he’s had a similar season, albeit with slightly higher highs to balance out a rough showing on Lake Travis. If he can bank a pair of 44th-place finishes to end the year he’s virtually guaranteed to make it, but that’s easier said than done. Based on his history, it looks like Upshaw will make the Forrest Wood Cup at least a few times in his career. This could be the year to get that started. 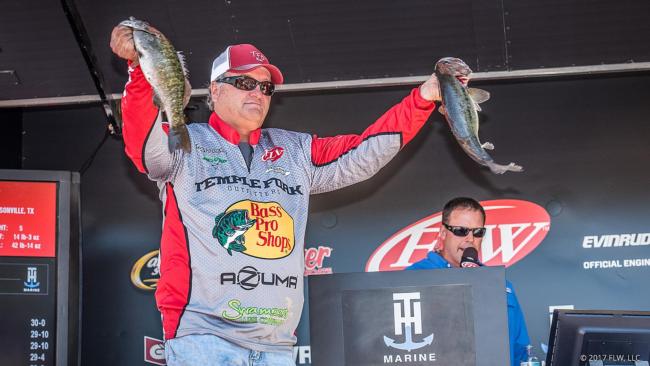 A B.A.S.S. Elite Series transfer, Matt Reed is one of the more veteran pros in the field. He’s having a great season, and he might have a good shot at making his first Cup as well. With one bad finish and a pair of top 40s on the Mississippi with B.A.S.S., Reed seems to be in decent shape on that front. He’s a little more hit-and-miss on the Potomac, with a third-place finish and an 87th to his credit on the big tidal river. Reed has done well in a variety of circumstances this year, from the clear waters of Cumberland to the offshore shells on the Harris Chain, but it’s hard to see him as a lock to leverage his familiarity with the final rivers and move up. Before starting on the Tour, he fished the highest level available with B.A.S.S. since 2003 and made the Classic three times. Making the Cup is no easier road. 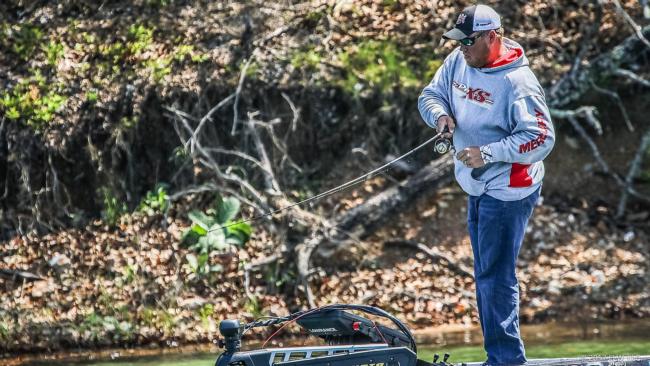 Michael Wooley boasts limited experience on the Mississippi and the Potomac, with a top 20 in Tour competition on the Potomac and a rough couple days in Costa FLW Series competition on the Mississippi. Wooley is a master at ledge fishing, but his weakness has historically been finesse fishing. Luckily, there shouldn’t be much of that required in the final two events. Wooley finished eighth in the 2014 Forrest Wood Cup on Lake Murray. You know he’d love to get another crack at the title there. 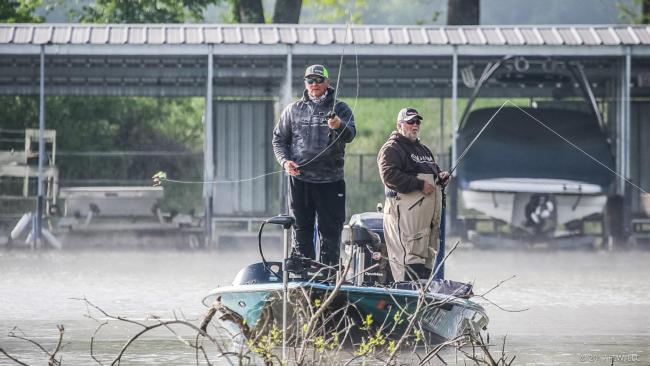 Being 10 points back of Reed and Wooley could turn out to be a decisive margin, but Tim Frederick is nonetheless having a great season. After finishing 144th in the standings his rookie year (though he did get locked out of Pickwick with the rest of the Wilson crew on day one), Frederick is off to the races in 2017 with a pair of top-20 finishes to his credit – one at his home waters on the Harris Chain and one last week at Beaver Lake. Frederick is one of the nicest guys on Tour and is plainly comfortable fishing around grass. You’ve got to hold his rookie season against him somewhat, but these next two events could certainly set up worse for the Florida pro. 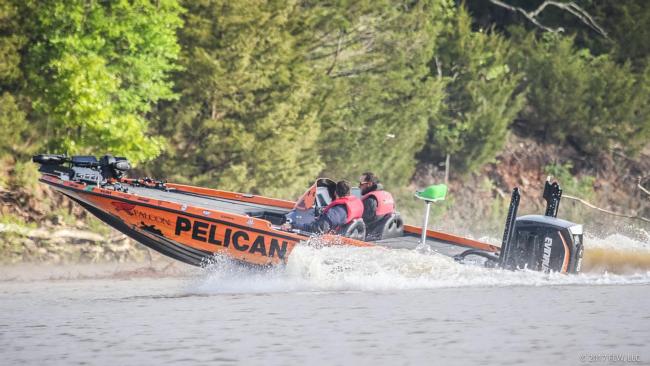 Zack Birge clinched his Rookie of the Year title at the Potomac in 2015 with a 77th-place finish. Just like that season, the young Oklahoma angler is already qualified for the Cup via the Costa FLW Series Championship. Eyes will be on him to see if he can make the Cup, which would be a double qualification that would grant another pro in the Tour standings an invite. 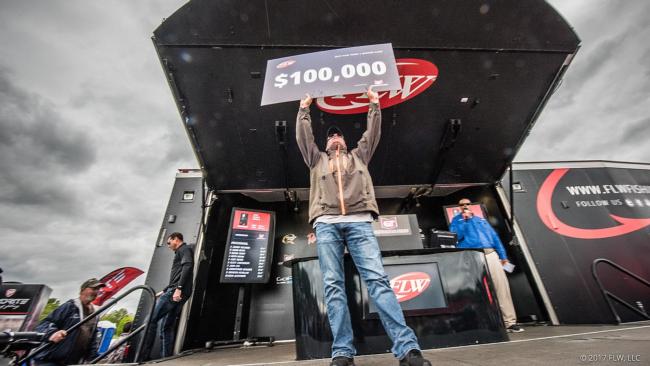 Your Beaver Lake champion, Johnny McCombs has plenty of good AOY finishes to his credit and qualified for the Cup three of the five years he fished the Tour in the late ’90s and early 2000s. He’s got a long line of veteran pros ready to praise his shallow abilities and some serious momentum heading into the final swing. He needs to move up a few places, but he sure looks like a decent bet to make it happen. 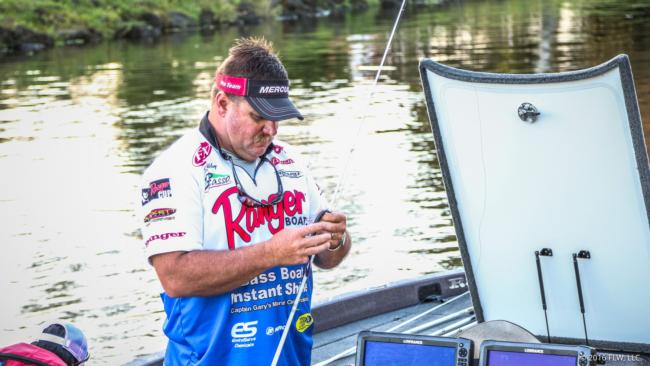 Scott Wiley loves to fish shallow and wrapped the 2015 season with a 12th-place finish on the Potomac. Bay Minette is near Mobile Bay, in the southwest corner of Alabama, so he’s got some experience with current and tides. Rooting too openly for Scott Wiley has been bad luck (so he says), but, gosh, if this last leg doesn’t set up well for a return to the Cup for one of the elite mustaches on Tour.

Looking down the standings there’s a handful of anglers who look primed for a Cup push. Though everyone fishing the Tour is good, some of the pros are preparing for venues that simply set up well for them. For instance, Austin Felix (51st; 681 points) is from Minnesota and should have a decent shot on the Mississippi. Cory Johnston (55th; 665 points) has flat-out excelled on the Potomac (and anywhere else up north). He’ll be a popular Fantasy Fishing pick down the stretch, and if he performs to his potential he could make a big move. Jay Yelas (54th; 672 points) has a great history of catching fish shallow and hasn’t made the Cup since 2015. This might be his year to get back.