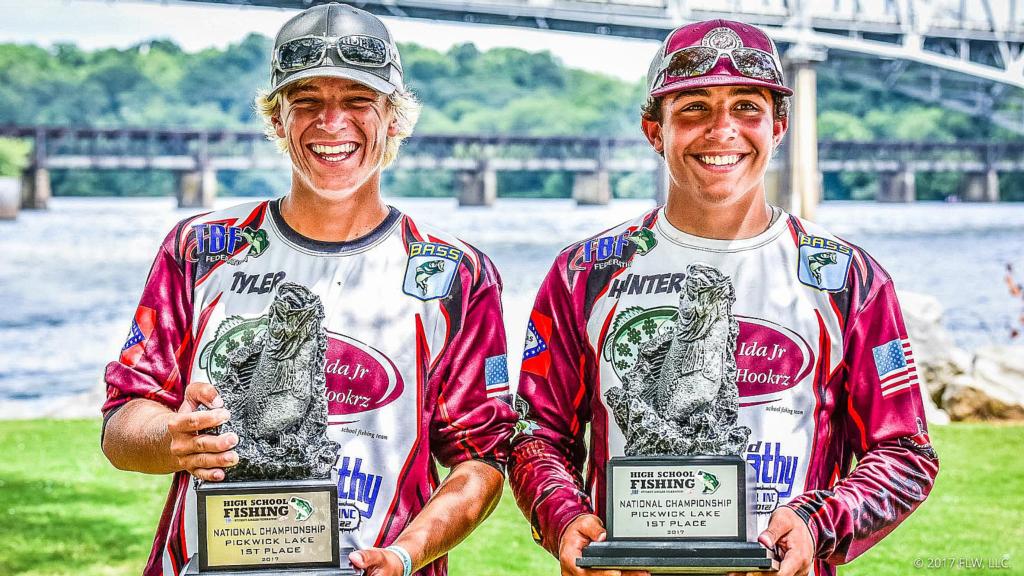 Three days of fishing spread their resources thin, but Hunter Davis and Tyler Allenbrand of Mt. Ida, Ark., had enough bass left on the ledges to win the 2017 Student Angler Federation High School Fishing National Championship on Pickwick Lake Friday with a 23-pound, 10-ounce limit that gave them a total of 53-06.

Cal Culpepper and Mason Waddell of Georgia’s Harris County High School were runners-up with 51-08, and Hunter Nanney and Jake Kimbrough of North Mississippi Student Anglers were third with 50-11.

The top 10 National Championship teams will advance to Saturday’s World Finals, where they will join 10 more teams from a state semi-final round and 10 others from a consolation round, plus Wade Rollo and Kade Busby, whose names were drawn in a special “Lucky Dog” drawing that took place at The Bass Federation’s pizza party for the 322 teams and their supporters. The 31 teams will take off out of McFarland Park in Florence, Ala., and return for the World Finals weigh-in starting at 1:30 p.m.

Coached by professional Bassmaster Elite Series angler Mark Davis, Hunter’s father, the youngsters from Arkansas fished two different areas to amass their heaviest stringer of the tournament. Early Friday, the anglers stopped to fish a fairly broad flat with scattered stumps and managed to coax a 5 1/2-pounder and a 2 1/2-pound bass within 30 minutes of arriving. That was it for the rest of the morning, however, and by 10:30 they decided it was time to move.

“In practice, we found a place on a channel ledge where the guys got five or six bites in a hurry,” says Mark. “They just pulled the baits away from the fish, and so we went back there today to give it a try. They caught about 10 keepers all day and culled up considerably. I told them that if they caught one more 4-pounder, we were going to leave them biting. We’re going back there in the morning to start out.” 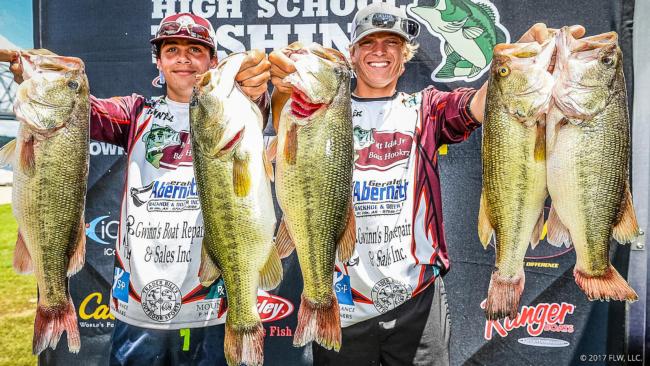 Waddell and Culpepper fished where the Tennessee River opens up and takes on the features of a broader lake. They used a variety of baits to catch their limits each day, but couldn’t muster enough bites in the championship round to make up the weight difference they needed.

Saturday, the weights will be zeroed, and it’s winner-take-all for the team that brings in the heaviest limit. Gardendale, Ala., High School is expected to be a strong contender. Coached by FLW Tour pro Jason Lambert, the Rockets showed up with a 22-13 sack at Friday’s weigh-in.