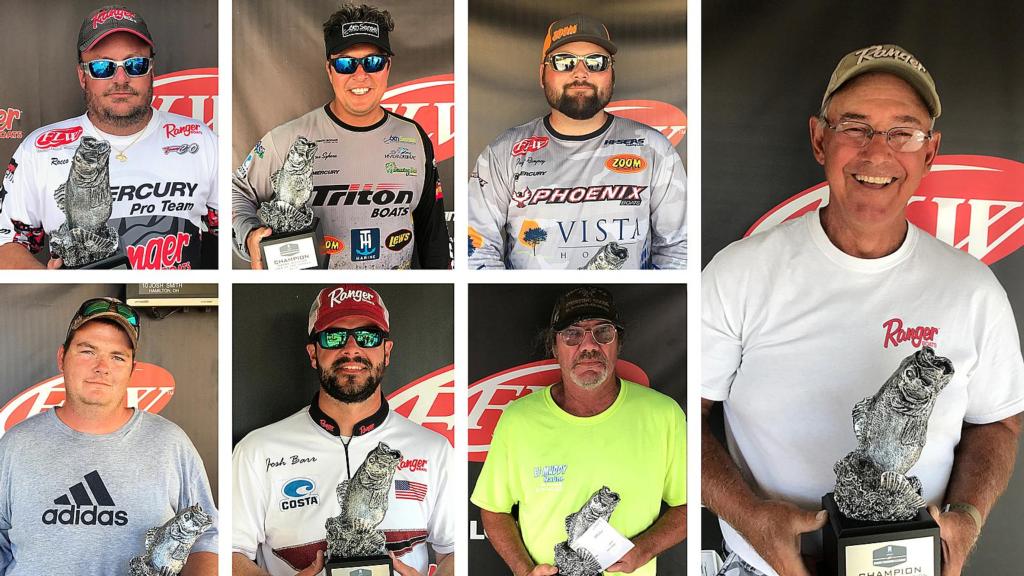 For the T-H Marine FLW Bass Fishing League (BFL) the season is slowly starting to wind down. A week ago six divisions ended their regular seasons, and this past weekend another seven divisions capped things off with their two-day Super Tournaments.

With a lot of action taking place in a short period of time, we thought it’d be easy to give you the nuts and bolts of how each tournament played out. 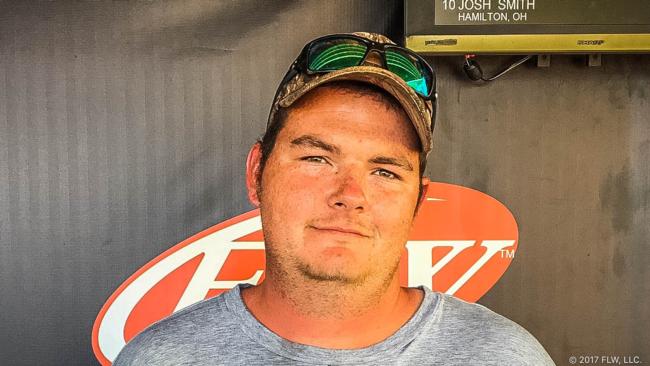 Colwell takes the cake on Erie

In his first BFL win of his career, Hunter Colwell of Zanesfield, Ohio, racked up 35 pounds, 10 ounces of smallmouths to take the trophy in the Buckeye Division derby along with over $5,000.

Colwell kept it simple for his win, using a drop-shot rigged with a smoke colored Strike King KVD Dream Shot, which he dragged around several rock piles in 8 to 14 feet of water near Middle Bass Island.

Coming into the event, Colwell had only found one rock pile that seemed promising. During the first day of the tournament he was able to dial in on three more sweet spots by junk fishing around and looking at his Lowrance units. The combination of spots didn’t yield a ton of bass, but he caught around 20 fish during the event and clearly they were enough to bring home the bacon. 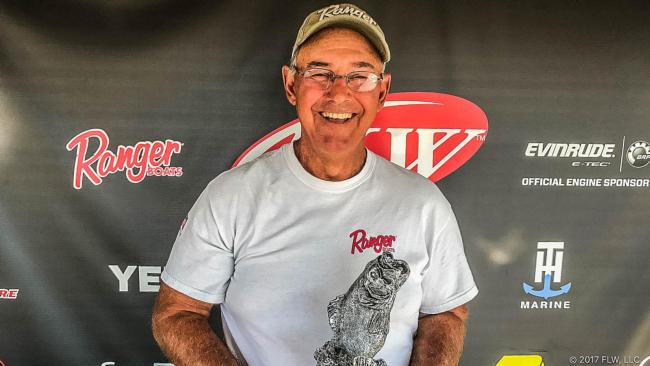 Monsoor adds to his collection

While the final Great Lakes Division event on the Mississippi River featured a who’s who of river rats, it came with very little surprise to see La Crosse, Wis., native Tom Monsoor win yet another tournament in his backyard.

Maybe there was a little extra fire under him after a less-than-stellar performance on the Mighty Miss back in May when the FLW Tour came to town, but Monsoor strung together two solid days of fishing to give him 36-10 overall and a $8,000 payday.

The Mississippi River hammer targeted grass close to current in about 5 feet of water. He also caught a few fish from 20 feet of water, but the shallower stuff was the primary target. Monsoor had around 15 places he wanted to fish, but only tapped into about six per day.

As expected, he threw his signature Humdinger Swim Jig with either a Yamamoto Swim Senko or Flappin’ Hog – where he trimmed everything off but the tails – as a trailer. 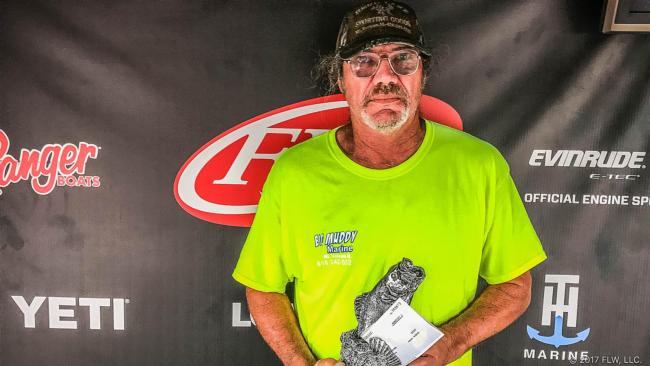 The Illini Division tackled Rend Lake over the weekend and Greg Mullins of Mount Vernon, Ill., earned his first career victory and a cool $4,800 with a two-day total of 28-10.

Mullins stayed on the north end of Rend, focusing on four main stretches of riprap and wood. Each stretch was roughly 200 to 300 yards long and produced a total of 13 keepers. He wasn’t getting many bites, but the ones he did get were quality.

With lots of shad in the area, Mullins used a 3/8-ounce Z-Man ChatterBait (chartreuse and white) with a green pumpkin Zoom Super Chunk to cover ground. When he’d come to pieces of wood he’d throw a Zoom Ultra Vibe Speed Worm at it if the ChatterBait didn’t get bit. The Speed Worm helped produced his biggest bite on Saturday.

For those who may be afraid to fish super shallow water, Mullins says that the majority of his fish came out of 6 inches of water. Proof that if there is cover and food around, a bass will live pretty much anywhere. 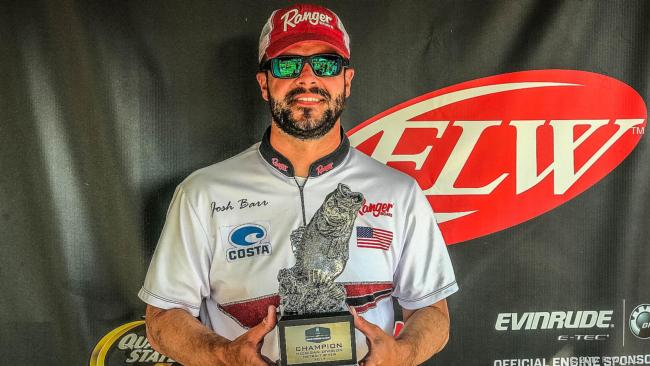 Joshua Barr of Stow, Ohio, was another first-time winner from the weekend after he notched the W in the Michigan Division Super Tournament on the Detroit River presented by Navionics with a total weight of 49-1. Barr pocketed over $7,300 for his efforts.

With plenty of prime water to choose from, Barr opted to focus on Lake Erie due to the fact he has more experience out there. He spent time around the islands on the Ohio side of the lake as well as Pelee Island looking for isolated rock piles.

Standard smallmouth presentations – a drop-shot and 3 ½-inch tube – helped him catch over 24 pounds each day. On day one he caught around 15 fish on a drop-shot, while on day two he caught close to 20 fish on the tube. 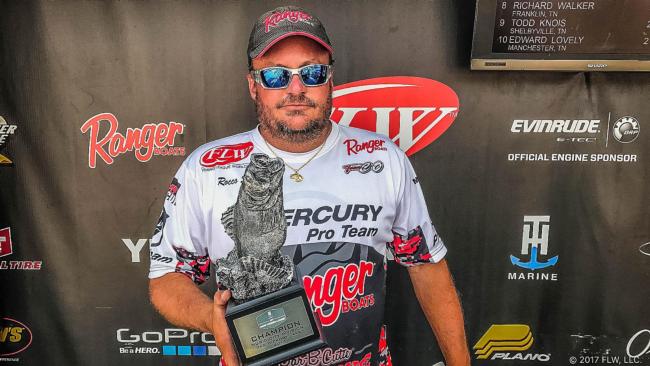 Simeri squeaks by on Old Hickory

Rocco Simeri of Murfreesboro, Tenn., rounds out the first-time champs of the weekend by taking the Music City Division Super Tournament on Old Hickory with just eight bass over two days weighing 22-8. Despite not catching a limit the first day, Simeri overcame to win more than $6,700.

The water was dropping on Old Hickory and because of that the fish were pulling out as well. Simeri ran secondary creek points from the middle to upper end of the lake. Most of the points were 5 to 7 feet deep on top and that is where the fish were sitting.

His bait of choice was a 5/16-ounce Jewel Bait Co. Finesse Jig (Texas craw) with a Zoom Z Craw Jr. for a trailer (watermelon red). Fishing it slowly with short hops helped get bites when they were tough to come by for the majority of the field. 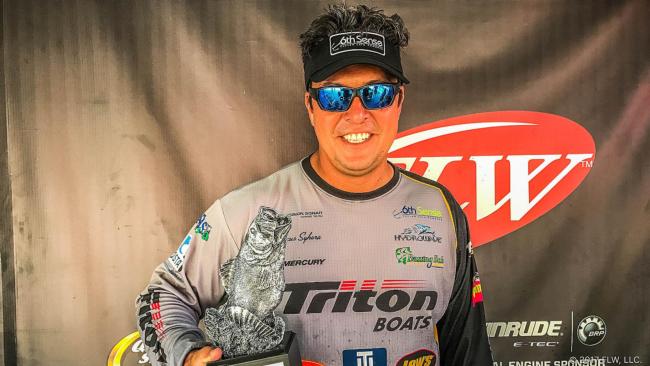 Sykora does his thing on Lake of the Ozarks

The Lake of the Ozarks and Marcus Sykora go together like peanut butter and jelly. The Osage Beach, Mo., pro scored win number 10 of his career on his home pond this past weekend to round out the Ozark Division season with 37-14 overall and add $7,000 to his bank account.

Brush piles in 14 feet of water near the mid-lake region seemed to be the deal for the Ozark maestro. An unnamed crankbait and Zoom Brush Hog were all he needed to help push his career earnings close to $300,000. 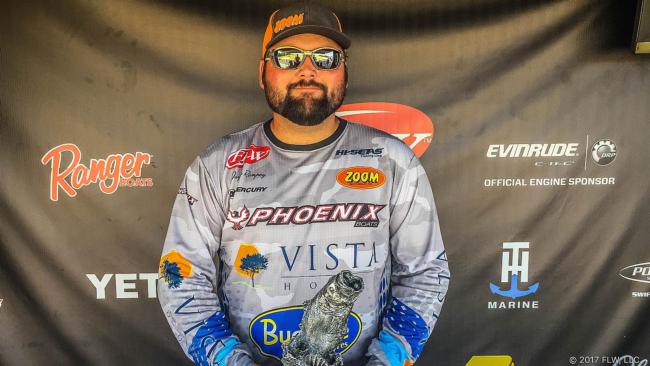 Closing out the action from the weekend was the Savannah River Division Super Tournament on Lake Hartwell where former FLW Tour pro Jayme Rampey added another trophy to his collection thanks to a two-day total of 26-6.

Rampey junk fished across the lake from the clear water in the main lake and all the way up the Tugaloo River. He kept the trolling motor on high and fished “whatever looked good” which included stumps, wood and docks.