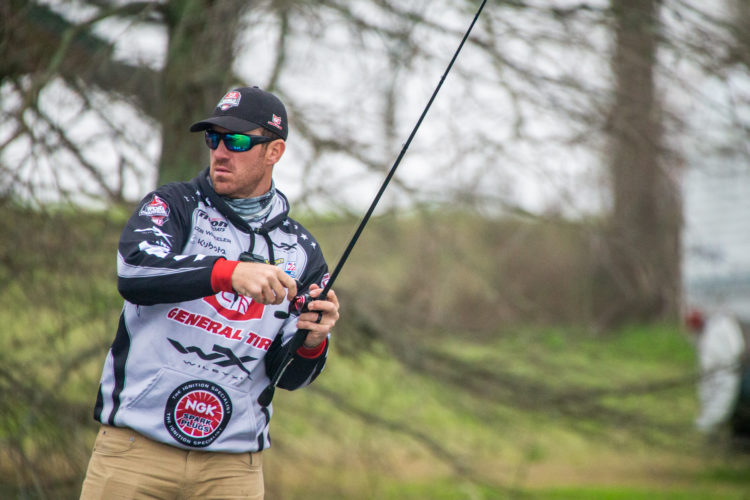 VIDALIA, La. – Six MLF pros returned to Lake Bruin for the Sudden Death Round of 2019’s General Tire World Championship, but only four will continue on to the Championship Round. With weights zeroing, the six anglers began on a level playing field. However, Jacob Wheeler again took the lead, finishing the round in first place with 19 pounds, 5 ounces. Martens, Iaconelli and Omori took second, third and fourth respectively, all less than 2 pounds below Wheeler.