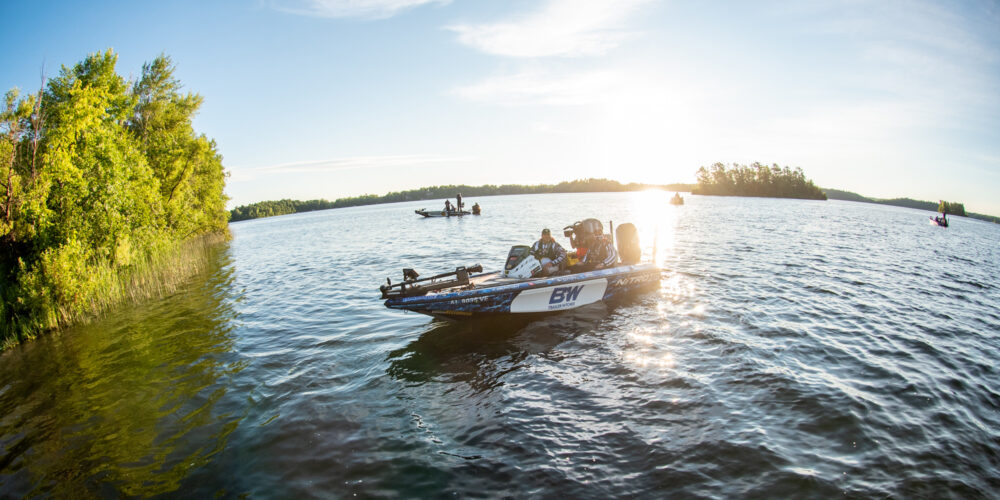 GRAND RAPIDS, Minn. – The 2020 General Tire World Championship is set to continue with Shotgun Round 2, which premieres this Saturday, October 17, at 7 a.m. ET/PT on Discovery. The event, shot over six days in late July in Grand Rapids, Minnesota, showcases 16 MLF pro anglers culminating the 2020 Cup season and competing for a top prize of $100,000.

Saturday’s all-new, two-hour episode features the second group of eight anglers competing on their opening day Shotgun Round at Pokegama Lake, a fishery that saw pro Aaron Martens post a then-record-breaking day during the 2017 Summit Cup.

“Pokegama Lake is truly the crown jewel in this area of Minnesota,” said Marty Stone, MLF Director of Event Research and Program Analyst. “There are nearly 1,000 lakes in this county, and Pokegama is one of the bigger ones. It has about 6,600 surface acres of water, and a great mixture of largemouth and smallmouth, which I predict will both be a factor.

“It has the same type of cover that we saw in last week’s episode on Lake Wabana,” Stone continued. “Shallow sand grass, shallow coontails, boat docks – a lot of the largemouth have migrated out of the creek arms and the deeper bays and set up on the main-lake docks. Pokegama also has miles and miles of underwater break lines, sunken islands and rock structure that the smallmouth like to set up on. So, it’s the best of both worlds. The lakes up here don’t get very much pressure, and this whole area is really one of the last, true, untapped fisheries that we have in this country.”

The 2020 General Tire World Championship is a six-episode, two-hour series that features 16 MLF pro anglers visiting Northern Minnesota to compete on four different fisheries across the region, including Pokegama Lake, Wabana Lake, Turtle Lake, and Spider Lake. The fisheries are unknown to the anglers – they do not learn where they are competing until they arrive to the launch ramp each morning of competition.

The General Tire World Championship, hosted by Visit Grand Rapids, will air on the Discovery Channel as six, two-hour original episodes each Saturday morning starting October 10, 2020, and running through November 14, airing from 7 to 9 a.m. ET/PT. The full television schedule can be found at MajorLeagueFishing.com/tv-schedule.