How do reds react to rising and falling water? 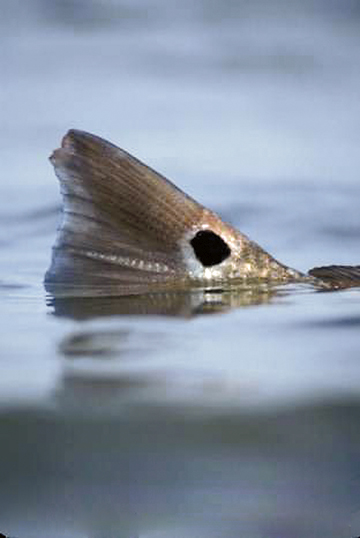 Ask any angler who has dabbled in both inshore saltwater fishing and freshwater fishing about the biggest difference in the two types of angling, and the answer is likely to be tides.

Along with the numerous variables impoundment-bound fishermen must keep up with, inshore redfish anglers get the distinction of adding tidal influences to the mix.

It would be nice if tide charts came with a few fast rules about how tides affect fish, but like so many other variables in fishing, anglers are left to decipher these things on their own.

Tides themselves have no standards, so assigning one-size-fits-all rules to fishing tides is difficult. Some areas of the Gulf Coast only get a few inches of tidal change per day, while places on the East Coast get 5 to 6 feet. Then consider the intensity at which tides are always changing.

In order to make some sense out of the ebb and flow of the tide business, FLW Outdoors went to a few redfish pros to get their expert opinions on tides.

Ben Alderman of Pleasant Hill, S.C., is a pro on the Wal-Mart FLW Redfish Series and a veteran guide along South Carolina’s coast. Greg and Bryan Watts, collectively known as the Watts Brothers, are Floridians who have won the points race on three major redfish tours by plucking reds from different tidal basins across the Gulf Coast.

According to these pros, the first step in deciphering tides is knowing how much tidal change the area you’re planning to fish actually receives. Tidal change can easily be derived by looking at a tide chart and figuring the change in feet from the high to the low.

“The biggest distinction in tides for most tournament redfishermen is between the East Coast or Atlantic tides and Gulf Coast tides,” noted Bryan Watts. “Big 4- to 6-foot tides are the norm along the East Coast – Fernandina Beach, Fla., Jacksonville, Fla., and up through North Carolina. Over here on Florida’s West Coast, we’re dealing with mostly 2- to 4-foot tides.”

“That’s really what it boils down to,” Alderman added. “How much tide do you get? That, more than anything, is going to determine just how much the tide affects redfish in your area. Where I live, tides are a huge component of redfishing everyday. However, over in Lake Charles, La., where they may get just an 8-inch change per day, it’s not as big of a factor. The tricky places are like Florida’s West Coast, where tides can vary from a minimum of a foot to as much as 4 feet, depending on seasons, moon phases and winds.”

Once you determine the amount of tide you’re dealing with, here are nine other tidal tips to keep in mind:

This tidal tidbit is a gem right out of the Watts brothers’ fundamental rules for redfishing.

“A mistake we made early on in our career was giving tides more credit than they deserve,” Greg Watts revealed. “Tides are not the single driving force for redfish, especially when it comes to their appetites. Of all the saltwater fish we fish for, redfish are the least affected by tides when compared to other species, like snook and trout.”

As proven by backwater ponds in Louisiana, redfish can easily live in relatively tide-free environments.

“We’re not saying reds are totally immune to tides,” Bryan said, “but tides certainly are not the goblin in every closet. I’ll put it this way: When we leave the state of Florida to go west and compete in Louisiana or Texas, tides are not our primary concern.”

The greater the tidal change, the more the fish will move

A redfish that lives in a tidal creek in Jacksonville, with an average tide flush of 5 feet every six hours, is going to move much more than a redfish in a slack Louisiana marsh pond.

“I think our fish get a lot more exercise than those Louisiana fish,” Alderman laughed. “For the most part, our fish live in tidal creeks and bays, as opposed to marsh ponds or grass flats, and they are forced to make daily migrations back and forth with our big tides. Our fish are constantly on the move, and as a fisherman, you’ve got to stay on the move to keep up with them.” 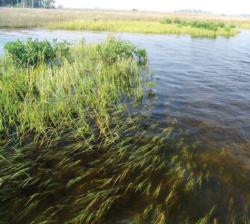 The greater the tidal change, the more predictable fish become

The good news in Alderman’s case is that the back and forth tidal migrations of redfish are very predictable.

“These reds travel the same exact routes to and from their low- and high-water haunts with such punctuality, it’s amazing,” Alderman said. “I know exactly what time a group of reds is going to pass a certain point on the outgoing tide and exactly what time they’ll come back on the high tide.”

Many of Alderman’s fishing spots in South Carolina are essentially cut-off places where he intercepts reds coming and going with the tides.

“I’ll stake down on a point and wait for an outgoing pack of fish to come by the boat,” he said. “I’ll catch a few from the school, but instead of trying to stay with the school, I’ll set up on another spot across the bay to intersect a different school, and so it goes all the way down the bay until the tide reverses, and then I do just the opposite when they come back.”

The Watts brothers have observed this same phenomenon in Jacksonville, and they too are amazed at how the fish are regimented by the big tides.

“That’s why we can usually throw the tide chart out the window when we’re on the way to Louisiana or Texas,” Greg Watts said. “Most of the time, wind affects those smaller Gulf tides on the flats and in the ponds more than the tides themselves.”

“Coming from South Carolina, I can tell you Gulf Coast tide charts are basically worthless,” Alderman joked. “That’s been the hardest thing for me to get used to on the Gulf Coast. Those tides are so mild that the tiniest change in wind velocity or direction can completely negate them. South Carolina tides are strong enough to overtake most wind conditions. I’m not saying the wind doesn’t affect our tides, but you can bet there will always be plenty of water movement. On several occasions, I’ve seen Gulf Coast tides go completely stagnant for hours on end.

As the Watts brothers have mentioned, tides are of little concern to them in many venues outside of West Florida, where tidal changes are minimal.

“Yes, we’re interested in the tides, but it’s not so much to do with redfish behavior as it is boat access,” Bryan confirmed. “There are so many places along the Mississippi, Texas and Louisiana coasts where just 3 or 4 inches of water can mean the difference between getting into a place or not.”

“For some reason, when an area has an abnormally high tide, redfish love to get up in the newly flooded places and eat anything that moves – usually fiddlers and snails,” Greg Watts said.

For that reason, the Watts brothers will check tide charts for the possibility of extreme highs during tournaments.

“That’s the same way it is here,” Alderman said of his coastline in South Carolina. “When we get higher-than-normal tides due to new or full moons, reds will go on a feeding spree up in the newly flooded grass. We actually call those `tailing tides’ because so many reds get up on the new bank and tail.”

The farther the tide falls, the more fish congregate as they are ushered out of the tidal creeks and flats with falling water. When they return with rising water, big groups are fractured into smaller and smaller pods as they disperse into high-tide locations.

Think points on falling tides and pockets on rising tides

This is a pattern noted by Alderman after a decade of fishing rising and falling water.

“The groups of fish use points as they migrate out of creeks on a falling tide,” Alderman said. “When they are returning with the incoming tide, they hold up in pockets and indentations along the marsh grass line – anywhere that provides the quickest access into the grass is where they will pause until the water gets high enough to get in the grass.”

The million dollar question in redfishing has always been: which is better, high or low tide? Many redfish pros tend to favor low tides with two exceptions: the extreme highs, which put reds in a tailing frenzy and situations where high tides are needed to access a shallow area.

Other FLW Redfish Series pros like Geoff Page of Venice, Fla., and Scott Guthrie of Jacksonville find that falling tides congregate fish and make them easier to catch. Alderman also favors outgoing water in South Carolina. The Watts brothers prefer something a little different, however.

“In terms of determining what impact tides have on a particular area, we like the first incoming tide after a dead low,” Bryan Watts said. “A dead low is like a reset button. When the water starts to return, most reds that migrate with the tide are going to be eager to get back to their high-water spots, and you can see the migration routes they use as they begin to push back into the creeks or back up on the flats.”