We call the shots on some early Tour story lines 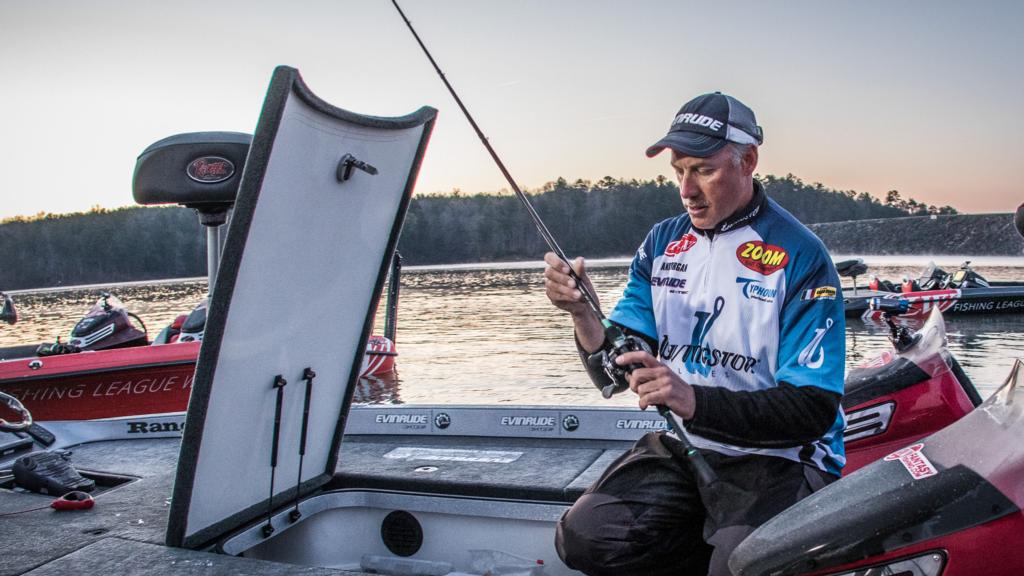 There are a lot of unknowns at the start of every Walmart FLW Tour season. How good will the fishing be? Will a new star emerge? Who will win Angler of the Year?

Rather than simply debate the topics, a few members of FLW’s media team dug out their crystal balls and decided to make a few predictions. Some of the prognostications contradict those of other members of the team. Some predictions are bold, while others won’t garner much disagreement from anyone. A few are probably just wishful thinking.

What do you think?

1. Jacob Wheeler has the best Angler of the Year finish of his career and becomes the first two-time Forrest Wood Cup champion. Wheeler’s best AOY finish was 11th in 2014. With a similar schedule this year, I see him surpassing that mark. Wheeler always comes to play at the Cup. In fact, since becoming a full-time Walmart FLW Tour pro, he has never missed a top-10 cut at the championship. I think this is the year we see a two-time Cup champion, and it’s Wheeler. – Chris Burgan, FLW Social Media and Communications Specialist

2. Jason Lambert and Randy Haynes will finish one-two at Pickwick Lake and Kentucky Lake. If the fish on Pickwick have started to set up on the ledges in early May, and I think they will have, Haynes and Lambert dominate. I don’t know what order they’ll finish, but they’ll duel at both events for the title. – Curtis Niedermier, FLW Managing Editor

3. The Beaver Lake winning weight will crack 60 pounds, even without the umbrella rig. OK, so Jason Christie did break 60 pounds when he won at Beaver back in 2013; however, he did it with the help of an umbrella rig. Beaver has shown that the quality of its fish continues to improve, and that breaking the 60-pound mark without the aid of the umbrella rig is escalating from the possible to the probable. Will Matt Arey be the one to do it? It’s likely, considering he came so close back in 2014 (59 pounds, 3 ounces). Given the quality of the largemouths and smallmouths in Beaver, and the fact that anglers are constantly figuring out new patterns to apply on the lake, this year’s mid-April timing is just right for us to see the best yet from Beaver. – Kyle Wood, FLW Senior Editor

4. Jay Yelas will finish in the top 35 of the AOY standings for the first time since 2013 and will qualify for his 12th Forrest Wood Cup. Yelas has been in a bit of a slump on the Walmart FLW Tour over the past two seasons, logging his worst AOY finishes since 2003. Certainly Yelas hasn’t forgotten how to fish. I believe he simply has been extremely busy in his personal life, including his duties as executive director for the C.A.S.T. for Kids Foundation. Now accustomed to his new role and responsibilities, Yelas should be better prepared for the tough FLW schedule, and I expect to see him fishing on a few championship Sundays this season. – Joe Opager, FLW Director of Public Relations

6. Austin Felix wins Rookie of the Year. Felix will be the first former FLW College Fishing National Championship winner to compete on the Walmart FLW Tour as a pro. Despite the number of talented rookies joining the ranks, I think the University of Minnesota grad earns the ROY title. – Chris Burgan

7. Once again, a first-time Forrest Wood Cup champion will be crowned. There’s only one Tennessee River stud who has won the Cup (Brad Knight), but I think the Cup on Wheeler Lake will be won by someone who’s familiar with the system. So my guess is it’s a first-timer. And if you need three likely candidates, their names are Andy Morgan, Wesley Strader and Mark Rose. – Curtis Niedermier

8. For the third year in a row, the Walmart FLW Tour event at Beaver Lake will come down to two anglers: Matt Arey and Andy Morgan. This time, Morgan gets the win for his first FLW Tour victory since 2007. FLW fans in northwest Arkansas are certainly familiar with these two anglers. Arey won back-to-back tournaments there in 2014 and 2015, and Morgan has top-10 finishes in three of the last four visits to Beaver Lake. Arey has gotten the best of the Tennessee pro two years in a row, with Morgan finishing behind him in second and third in 2014 and 2015, respectively. I predict that this April Morgan will get a victory of his own, ending Arey’s Beaver Lake reign … for now. – Joe Opager

9. We break the century mark twice. This is ridiculously unlikely, but it’d sure be fun. Watch for it to go down at Okeechobee and Kentucky Lake. – Jody White

10. Half of the “Canadian Crew” will qualify for the Forrest Wood Cup via points. For the last few years, Jeff “Gussy” Gustafson has been the lone Canadian on the Walmart FLW Tour (Casey Martin is Canadian, but he’s been living in the U.S. for a while now, so I’m not counting him). This year, three others join the ranks with Gussy: BFL All-American winner Curtis Richardson and brothers Chris and Cory Johnston, who have long dominated FLW Series competition in the North. The skill level among these anglers is insane, and though there is a steep learning curve to Southern lakes, there are enough bodies of water that these guys have experience on – Okeechobee, Champlain and Kentucky in particular – to set them up for a strong season. – Kyle Wood

11. This will be the first year that an FLW College Fishing National Championship winner makes the top-20 cut at the Forrest Wood Cup. Patrick Walters of the University of South Carolina nearly accomplished the feat last year. He was in 14th after the first day but slipped to 36th. I don’t know who the angler will be yet, but with the increasing talent level in College Fishing, I know the champ will be a stick. – Chris Burgan

12. Andy Morgan will top $2 million in career earnings. I’m really going out on a limb here … Morgan needs about $133,000 to reach the milestone. He hasn’t made less than $41,500 in a season over the last 10 years and has earned six figures three times in that span. So let’s say he makes about $50,000 in six qualifiers, another 15 grand or so at the Cup and wins the Invitational on Norris. That easily puts him over. Or, he makes about $75,000 on the way to earning AOY, which gets him another $100,000, and Morgan becomes a “2 millionaire” by summer. – Curtis Niedermier

13. Scott Wiley banks the first Walmart FLW Tour top 10 of his career. The Bay Minette, Ala., pro is skilled up shallow and coming off a very solid year. Okeechobee and Champlain seem like the prime options. – Jody White

14. Mark Rose will be the 2016 Forrest Wood Cup champion. After a tough 2015 season, I fully expect Rose to bounce back with a vengeance in 2016. The West Memphis, Ark., angler has not missed consecutive Forrest Wood Cups since he qualified for his first in 2004, so a 10th career appearance in the richest tournament in bass fishing is not a stretch at all. Couple that with Rose’s prowess on Wheeler Lake, which includes a Walmart FLW Tour victory there in 2012, and I think we have an early favorite for Forrest Wood Cup champion. – Joe Opager

15. Grass plays a bigger role on the Tennessee River ledge lakes. Without a doubt ledge fishing will be the talk of the town when the Walmart FLW Tour arrives at Pickwick and Kentucky lakes. One thing that could be more of a factor this year is plentiful grass throughout each system – especially Pickwick. This curveball should change how anglers approach each lake come May and June. It’ll be the perfect opportunity for the “non-ledge” guys to make some noise. – Kyle Wood