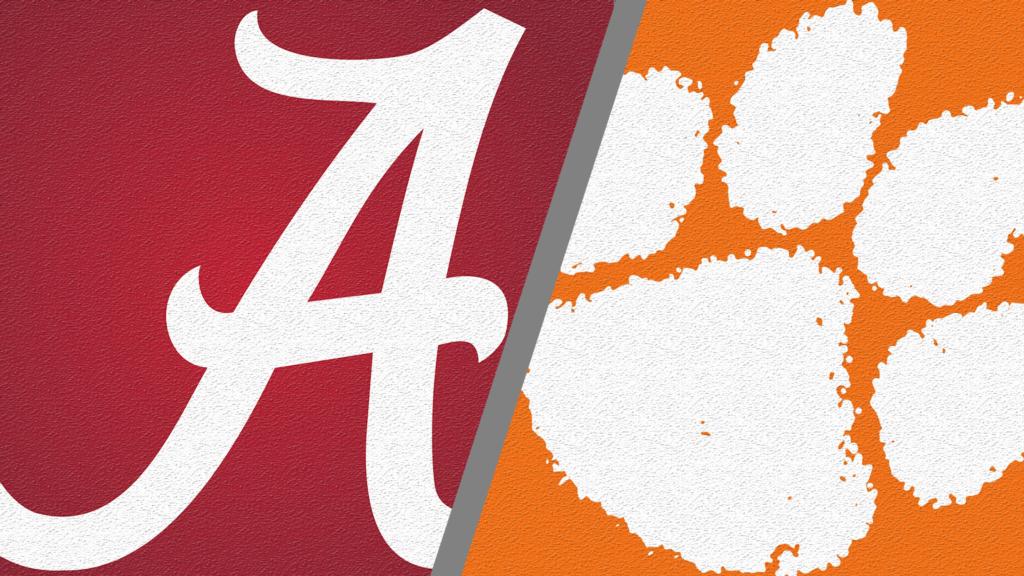 As the fishing season winds up, the college football season comes to a close with tonight’s College Football Playoff National Championship between the Clemson Tigers and Alabama Crimson Tide. With bass fishing’s deep roots in the South, it’s no surprise that many Walmart FLW Tour pros are also die-hard college football fans and have vested interests in tonight’s matchup. A few anglers, such as Barry Wilson, Glenn Chappelear and Greg Bohannan, even played football in their college days, and several Tour pros are graduates of the universities contending for the title.

With bragging rights at stake among the pros on Tour, we decided to find out which team some of them will be rooting for.

Who do you think will win?

Anthony Gagliardi (2000 Clemson alum) – Shoot, that’s a no-brainer for me, at least as far as who I want to win: Clemson all the way. I think the Tigers once again perform well in the underdog role. I’m going to go out on a limb and say Clemson is going to win by 10 – 27-17. I just have a good feeling about our offense against their defense. I think it’s going to surprise some people.

Peter Thliveros – Just to go against the grain, I’m going to go with Clemson, because that’s the kind of thing I do – I go for the underdog. I think they’re the underdog, but I think they have a shot at winning too. I think it’ll be a real close game.

Dan Morehead – The UK Wildcat basketball. They’re the winners. They might as well start playing football. I’ll be honest with you, I guess Alabama. I don’t keep up with college football a whole lot. Kim Lynn (FLW operations manager) said Roll Tide on Facebook, so I’ll roll with that. 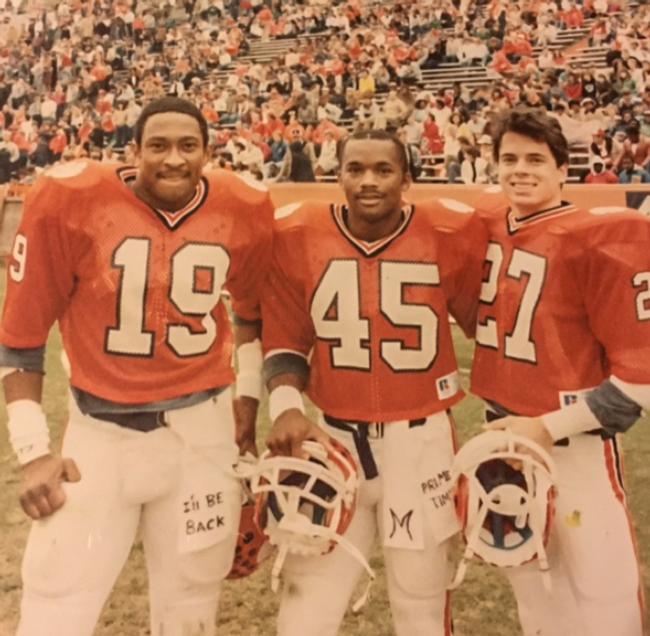 Glenn Chappelear (1985 Clemson alum and former Tiger defensive back) – I played defensive back there from 1982-1985. I was there when they’d just won the national championship in 1981, and we were still really good. Refrigerator Perry was on the team when I was there, and he was an awesome guy. I’m predicting Clemson, and my motto is “Roll Tigers.” Both teams are great. Both teams are real talented, and it always comes down to turnovers and special teams and things like that. But, the last six times Alabama has lost, they’ve lost to a spread offense with a dual-threat quarterback. Nobody has stopped Deshaun Watson all year, and I don’t think anybody will tonight.

Brad Knight – I’m a Tennessee fan, so I’m going to go with Clemson, because my two favorite teams are the Tennessee Vols and whoever’s playing Alabama. I hope it’s a lot to a little. I don’t think that’s going to happen, but a man can always hope.

Brandon Cobb (2012 Clemson alum) – I’m definitely pulling for Clemson. I’m actually over at my buddy’s smoking a Boston butt, waiting on it. Obviously, I’m pulling for Clemson and think they can win, but all the sports analysts don’t believe it. I think their defense can slow down the Alabama running game. I think it’ll be a pretty low-scoring game with the caliber of both defenses. I’ll say 27-14, Clemson.

Chris McCall – I guess since Clemson knocked my boys out I’m going to go with Clemson. I’m an Oklahoma fan … die-hard. I think for Clemson to win it’s probably going to have to be a low-scoring game, like 20-17.

Scott Suggs – I’m a no-doubter: Alabama. No-doubter. Anything that I can do to root against Anthony Gagliardi … I mean, I’m in all the way. I’m a true (Arkansas) Hog fan, but when it comes to this game, since somebody is playing a team that Anthony Gagliardi is a fan of and where he went to school, I’m all Alabama. I think it’s going to be a battle down to the edge and wind up something crazy like 38-25 Bama.

Jason Lambert – I’m from Tennessee, so I hope Clemson can win. I think they can, but I think it’s going to be like a 24-21 game. I’m really hoping Clemson wins, but I don’t say that with a lot of conviction.

Jimmy Houston – I’m going with my school, University of Oklahoma. That’s my first choice … ha ha ha ha ha. I don’t care that Clemson beat them; that’s still my first choice. I’ll tell you real quickly, I really believe that Alabama will win, but I’m going to pull for Clemson, just because of my good friend Glenn Chappelear. And I know that Glenn can’t wait to rub it in to me if they win, but I’m going to pull for Glenn just out of friendship.