Breaking down all the action from the weekend 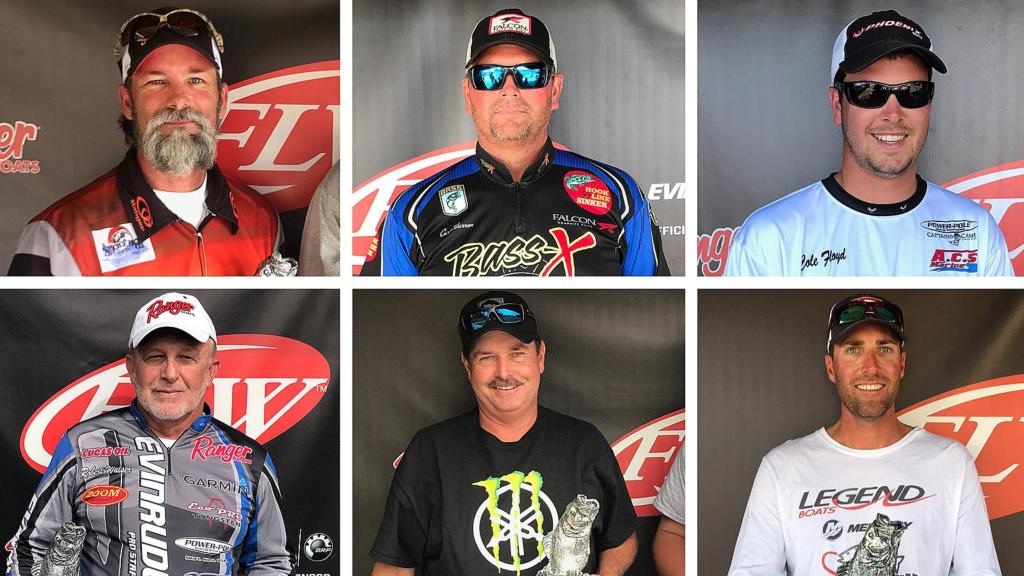 Fall is in the air and that not only means college football, but the beginning of the end for T-H Marine Bass Fishing League (BFL) competition. This past weekend six divisions ended their regular seasons with the two-day Super Tournaments that not only raise the stakes in terms of winnings, but are also the last chance at valuable points to qualify for the Regionals.

Here is a brief rundown of how each tournament shook out. 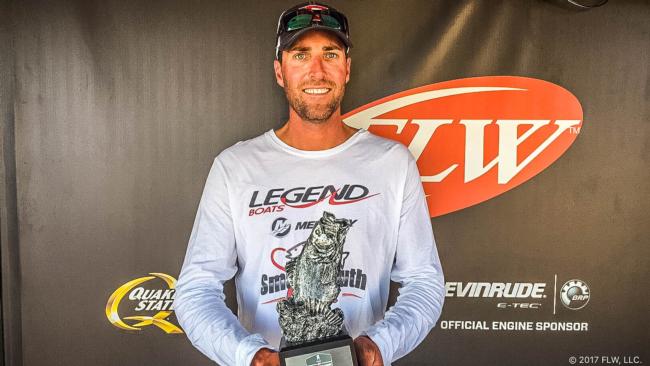 Manson cracks ‘em at the 1000 Islands

The heaviest-hitting tournament of the weekend was no doubt the Northeast Division tournament at the 1000 Islands where Travis Manson of Conshohocken, Penn., sacked up 44 pounds, 2 ounces worth of smallmouths over the two days to take the top spot.

Manson finished second in the Costa FLW Series Northern Division points standings this season and before winning his first FLW tournament this past weekend has had only one other top-10 finish on the 1000 Islands – despite having fished the body of water often. Because Manson is very familiar with the waters around there he opted to focus the bulk of his attention on Lake Ontario.

To do his damage, Manson targeted isolated rock humps and ledges anywhere from 18 to 40 feet of water with a drop-shot featuring a 4-inch smoke purple and blue highlight-colored Gajo Baits Spirit Shad. 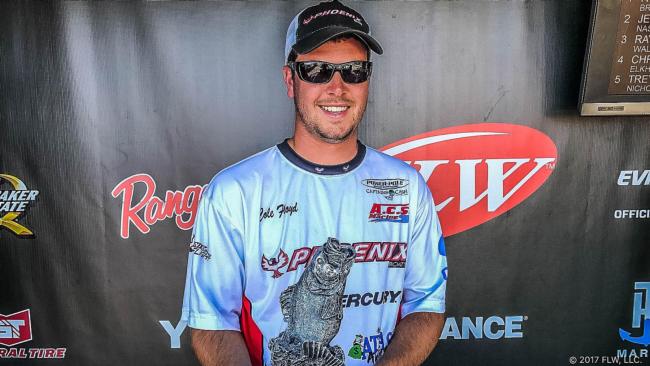 If you want to talk about a hot streak, look no further than Cole Floyd of Leesburg, Ohio. This season alone Floyd has racked up six top 10 finishes throughout FLW competition, with four of them on Kentucky Lake – including taking second back in June during the Costa FLW Series Central Division event. All that came before his win in the LBL Division Super Tournament this past weekend.

To claim his first ever victory, Floyd racked up 40 pounds, 10 ounces of fish to bring home over $5,000 with a winning margin of more than 8 pounds against some of the biggest names in the area – Drew Boggs, Terry Bolton, Brandon Hunter and Craig Hipsher just to name a few.

Floyd targeted various bars and flats near Paris Landing, Tenn., in very shallow water – 1 to 2 feet at most. Almost every fish he weighed came on an Evergreen SB 125 topwater thrown to precise sections and places on the flats. 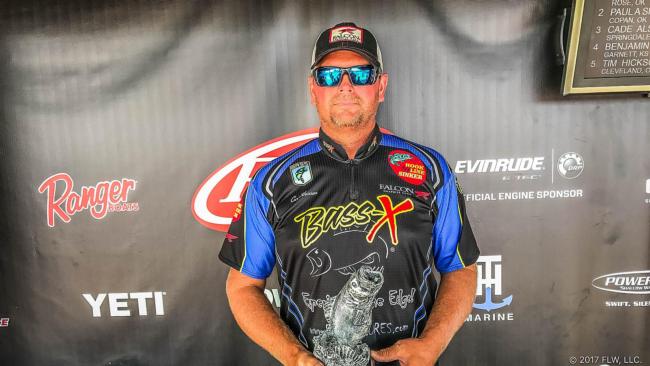 Curt Warren of Rose, Okla., locked down the title on a somewhat stingy Grand Lake during the Okie Division Super Tournament thanks to a two-day total limit weighing 31-15. Still, Warren earned over $6,500 for a couple days of work.

Warren credits his victory to “junk-fishing” on the north end of the lake, close to takeoff. He had close to 50 different stops featuring docks or wood and caught the majority of his fish (six fish each day) from 10 feet or less.

He kept it simple on the bait side of things, using a ½-ounce Bass-X football jig with a green pumpkin trailer and threw it on a Falcon Cara rod. 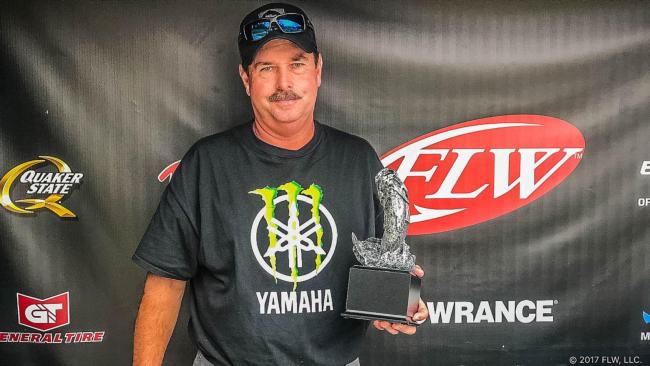 The Bulldog Division wrapped up over the weekend with its final event on Lake Lanier where Brad Wiley of Alto, Ga., took home to gold with a total weight of 28-2.

Aside from battling the stiff competition in the event, competitors also had to fish in wind gusts of 20 to 40 mph over the weekend – which is always a good time…

Wiley spent his time down near the dam focusing on suspended and schooling fish holding along several pieces of structure from a channel swing to standing timber to a hump. A Fish Head Spin Underspin with a Zoom Super Fluke was his primary weapon, though he did pluck some key fish on a Megabass Ito Vision 110. 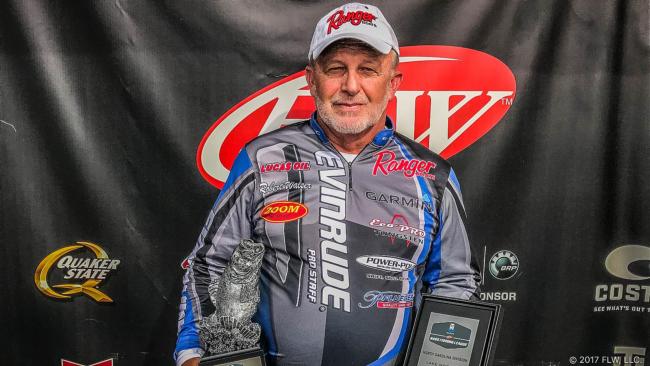 Veteran FLW angler Robert Walser of Lexington, N.C., captured his 10th FLW victory over the weekend in the North Carolina Division Super Tournament on Lake Norman with a total weight of 25-6 to earn over $6,000.

Walser sampled a bit of everything on Norman from north to south, but isolated wood and points seemed to be the major factors. He utilized a Zoom Finesse Worm, Zoom Baby Brush Hog and a white buzzbait to beat some of the best Norman sticks.

Walser also took home big bass honors with a 6-2 beast, which he caught on the Baby Brush Hog. 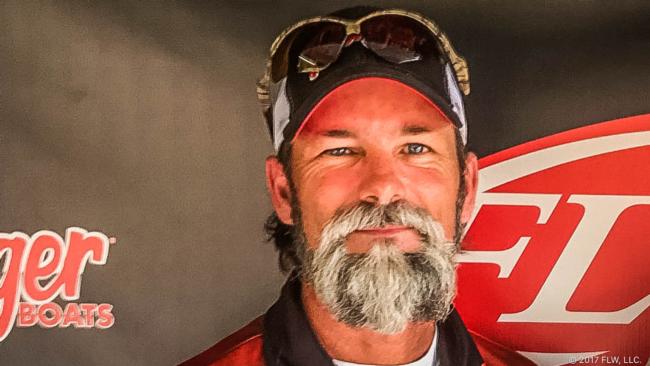 In what could be considered one of the toughest fisheries to compete on, the Ohio River at Tanner’s Creek hosted the final Hoosier Division event where Clyde McNaron of Trenton, Ohio, took the crown with a total weight of 18 pounds. For his win, McNaron earned a whopping $8,000.

According to McNaron, the water was low so he focused on laydowns near the creek channel. He flipped a Zoom Brush Hog and Mizmo Tube to kick things off, but as the day progressed on Saturday the water began to clear up so he went shallower to some flats. He picked up a topwater and cracked a 4-pounder off of some stumps and laydowns. Later, he went back to flipping and boated a 3-pounder to cap off the day.

On Sunday, he flipped bushes and laydowns, catching his bass near the outer edge before picking up a spinnerbait to round out his limit.