Efficiency is the key to this finesse expert’s equipment choices 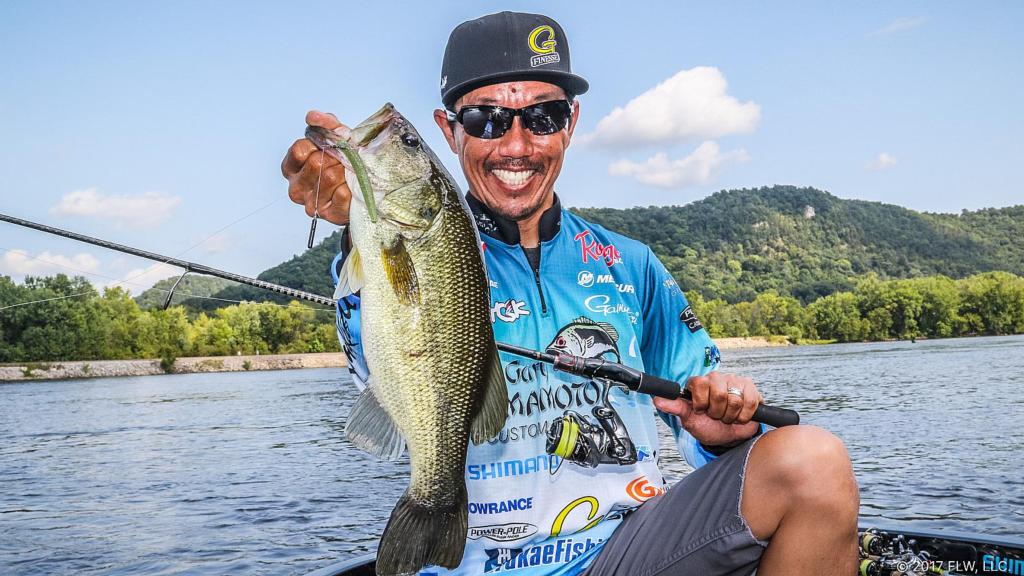 First thing you’ll notice about Shin Fukae’s drop-shotting is the pace. A slow soak might occasionally fit the bill, but that’s far from his norm.

“Finesse fishing looks slow, but my finesse fishing is a little faster,” Fukae says. “For me, the drop-shot is kind of a reaction bait, just like a tube bait. As soon as it hits the bottom, I let it sit a few seconds, and then I hop it, drop it and hop it again.

“The tournament fisherman needs to cover a lot of water during practice. If I find fish, I may slow down during a tournament, but when I’m looking for fish, I need to cover more water.”

Great strategy, but the plan fizzles if he’s constantly stopping and starting. That’s why the veteran pro is such a stickler for efficiency. Here’s a snapshot of his key drop-shot components 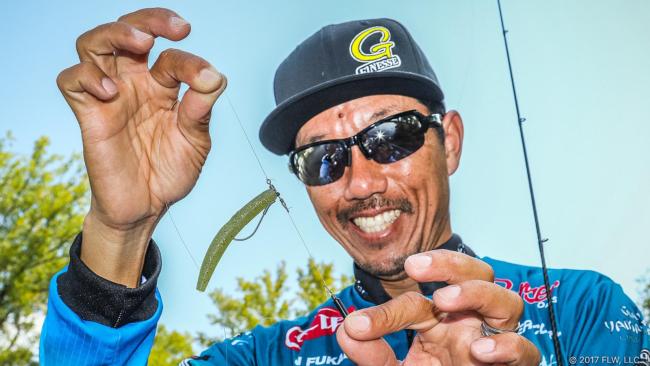 Fukae bases his drop-shot rig on the Gamakatsu G Finesse Swivel Shot Worm Hook, a unique design that features a free-spinning hook on a wire stem with a swivel line tie on the top end and an “easy change” leader clip on the bottom. Affixing main line and leader to independently moving elements eliminates line twist and wasted time.

The Swivel Shot series been out for a couple of years, but only with octopus and traditional drop-shot style hooks. The newer straight-shank Worm Hook model allows Fukae to rig a bait Texas style for fishing around the snaggy stuff.

“You can fish any cover – brush piles, grass, timber,” Fukae says. “The last two years, more people have started using the Ned rig. I decided to use this, too, but the Ned rig has an open hook, and when I threw it around riprap and timber it would hang a lot.

“With this G Finesse rig, a 3-inch Yamamoto Fat Senko and a very short leader [2 to 3 inches], I can fish something that looks similar to a Ned rig, but it doesn’t hang.”

Gamakatsu also adds a custom bait keeper made of tin, not lead. This keeps the rig’s weight down, while keeping your bait up.

“When you don’t have a keeper, it wastes time because when you throw harder, your bait can come off,” Fukae says. “I want to keep my bait in the same position all the time.” 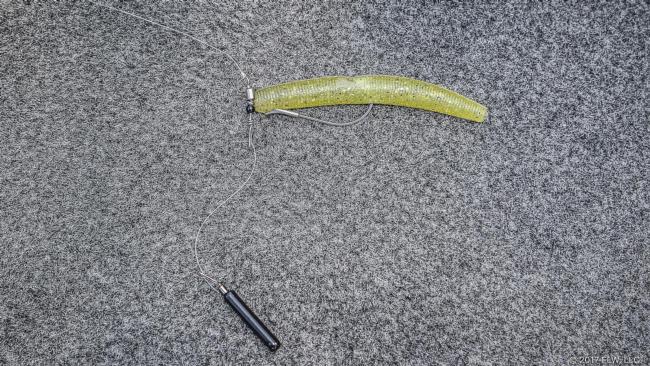 Braided main line, fluorocarbon leader; that’s a fairly common finesse fishing setup. Only problem is that most braids float, and that can slow a drop-shot’s descent. It’s a small impediment, but in competitive scenarios, prompt deliveries yield more opportunities.

Fukae often spools with yellow braid for maximum visibility and strike detection, but he’s digging YGK’s banded option, which throws in a strip of pink every 3 feet. Whether he’s counting down to suspended fish or looking for better strike detection, Fukae says the multicolored line promotes precision. 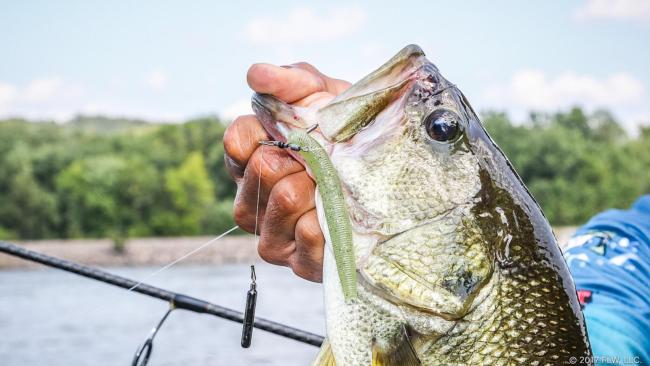 Over sand, gravel or other low-relief bottom, a teardrop weight will suffice. For slipping in and out of larger rocks, brush piles and the like, a cylinder weight minimizes the time-consuming frustration of tugging on a hung rig.

“I want to save time, and this is a quick-and-easy option,” Fukae says. “That’s the most important thing for a serious angler.”

Fukae deploys his drop-shot with a 7-foot Shimano Expride medium-power spinning rod made with all the backbone he needs to subdue a big fish, but just enough “tip” to detect a subtle bite. The lightweight Shimano Stradic CI4+ reel further assists with strike detection, while the rod’s short butt section doesn’t get in the way of his finesse work.

“When I put on bigger clothes in the wintertime, a longer butt section would interfere with that,” Fukae explains.

Like a masterfully conducted symphony, the integration of Fukae’s drop-shot specs promotes efficiency, minimizes downtown and keeps his bait in front of the fish. 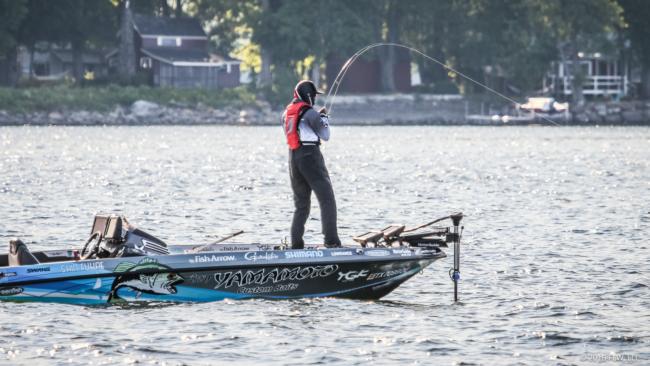 Finding fish and presenting the bait are situational tasks, but how you set the hook with a drop-shot is more or less the same in any scenario, at least according to Fukae.

“People tend to set the hook too hard,” he says. “You should just pull.

“The most important key is to keep tension on the line. Don’t allow any slack in your line.”