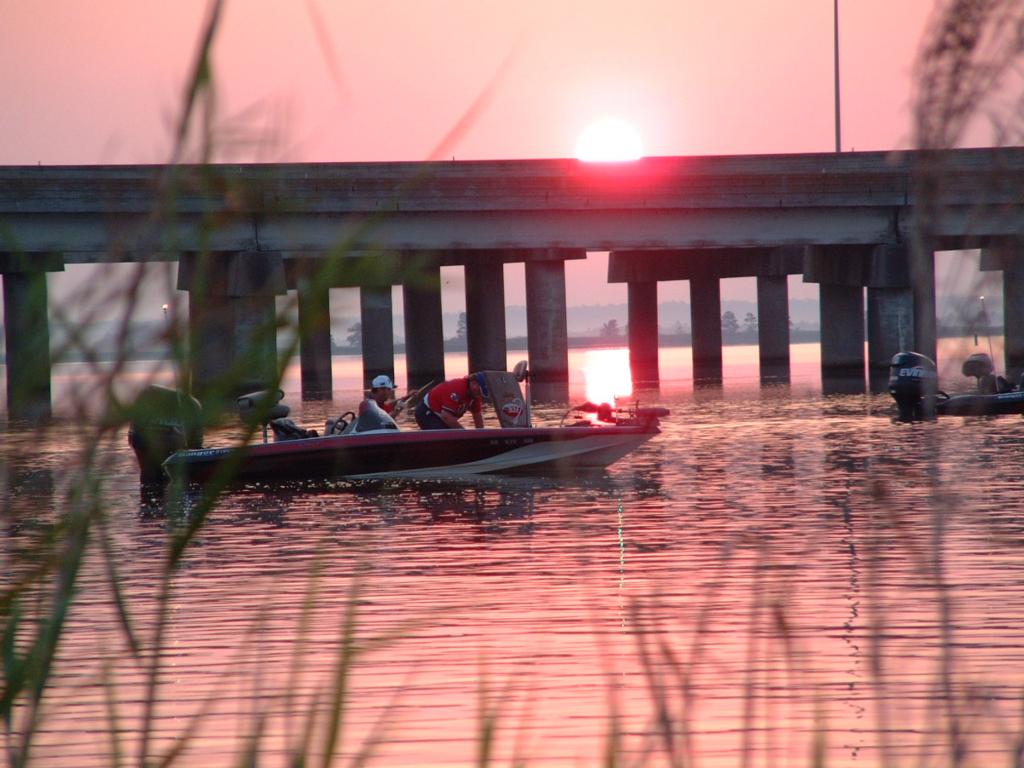 When 4 pounds, 3 ounces is top-10 cut, anything can happen on Mobile Delta

MOBILE, Ala. – There were a lot of zeros on the first day of the 2003 BFL All-American on the Mobile Delta; however, those that did get the “goose egg” were still smiling Friday morning because they know that, given the conditions, anything is possible.

With a three-way tie for eighth place at 4 pounds, 3 ounces, most anglers are predicting that 8 to 9 pounds will be the weight needed to make the top 10. On a place like the Mobile Delta, that catch is entirely possible in one day. It’s too early to count anybody out.

Pros that have 2 pounds or better, which is more than half the field, have an especially good chance to bounce into the top 10 today.

While making the top 10 can be done by anybody, winning the All-American on Saturday is going to take an angler that has a plan. Right now all eyes are on leader Tony Christian. Not only is he the hottest angler in the regional ranks of FLW Outdoors’ BFL and EverStart Series, he has a plan for the All-American win.

If Christian can survive today, he feels he has the quality fish located to win the event. He gave the All-American crowd a two-fish sample of those quality bass yesterday. He suprised the crowd (and competitors) with a 6-pound, 2-ounce lunker, and his other fish was not too shabby either – it weighed 2 pounds, 12 ounces.

Runner-up Gary Brown of nearby Gautier, Miss., is not intimidated by Christian’s reputation nor his plan. Brown has a little plan of his own – a spot he is saving for Saturday.

“I don’t want to go in there today,” Brown said this morning. “I will avoid it if at all possible. I want to save it. I caught a 2-1/2-pounder in there on the practice day and had several other good bites that I saw. No one else was in there in practice, so I am hoping no one else found it. I am pretty confident I know how to catch them in there if I get to play on Saturday.”

While most pros were preparing tackle or “strategizing” last night, Brown was coaching a little league baseball game in his hometown of Gautier, Miss., nearly 45 minutes away.

“I told those kids that no matter what happened on Thursday, I would be there to coach,” he said. “And we won! Maybe that’s a good sign.”

The weigh-in today starts today at 3 p.m. at the Mobile Convention Center.