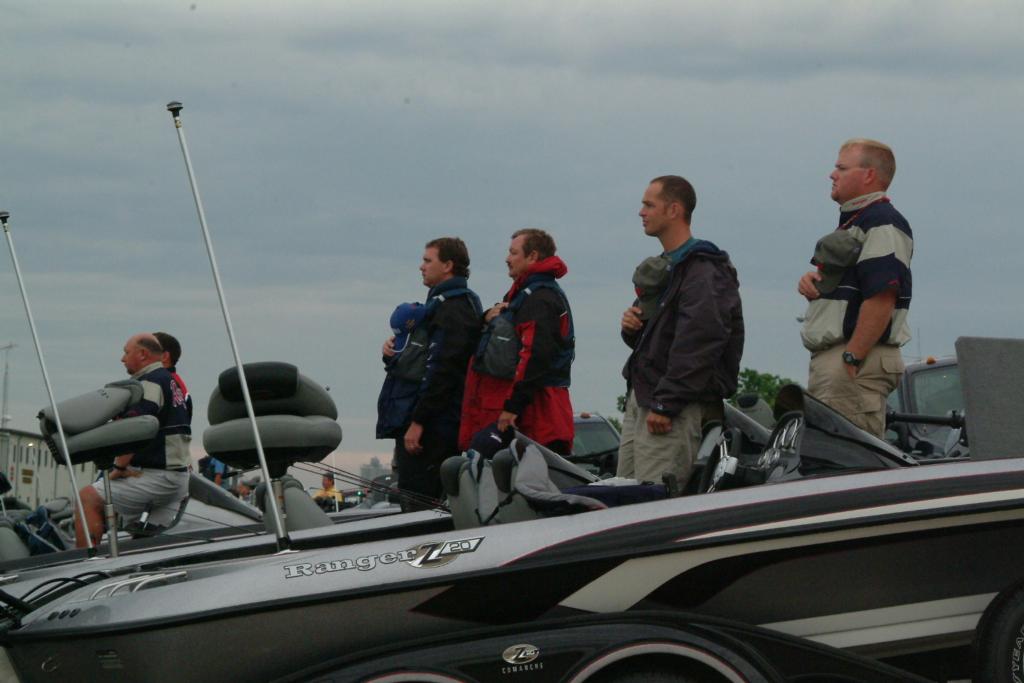 PADUCAH, Ky. – Some say the BFL All-American, which started Thursday on the Ohio River, is the toughest tournament to qualify for in professional bass fishing. After all, an angler must first rank in the top 30 in one of the BFL’s 24 divisions to advance to one of six regionals, where he must topple 129 other competitors for one of six All-American berths. Tough indeed.

The 42 pros and 42 co-anglers who made it through the rigorous 2004 BFL schedule to fish the 2005 All-American launched from the Paducah, Ky., city ramp this morning with the threat of rain looming overhead. Last night, torrential downpours soaked the city, temporarily flooding downtown streets near the launch ramp. As competitors zipped up their rainsuits for the day-one takeoff, most reported the rain was nothing more than a nuisance – not a fishing hindrance.

According to South Carolina Division standout Nelson Walker, the challenge this week will not be the weather, but rather the fishing pressure. “There’s 80 miles of water, but the fish are in only five miles of it,” he said. “On a big river system, fish are concentrated in certain areas. It’s not going to be a matter of finding them but how to deal with the pressure.”

Walker also said stretching the fish out for the tournament’s three days will be tricky, with the majority of the fish weighing in from 1 to 3 pounds.

Walker, the current South Carolina Division points leader, ranked 24th last season to advance to the Kerr Lake regional, where he finished second to qualify for the All-American.

Alabama’s Gary Thacker, who won the Kentucky Lake regional from the Choo Choo Division, offers a different opinion. “They’re scattered everywhere,” he said of this week’s competitors. “I haven’t found a clump of boats yet.”

Thacker agreed that the majority of the fish caught have averaged about 2 pounds and said that while some anglers may opt to fish close, others will make the run to the Cumberland River or the Smithland Pool of the Ohio.

Competitors will weigh in their catches today beginning at 3 p.m. at J.R.’s Executive Inn, located on the riverfront in Paducah.