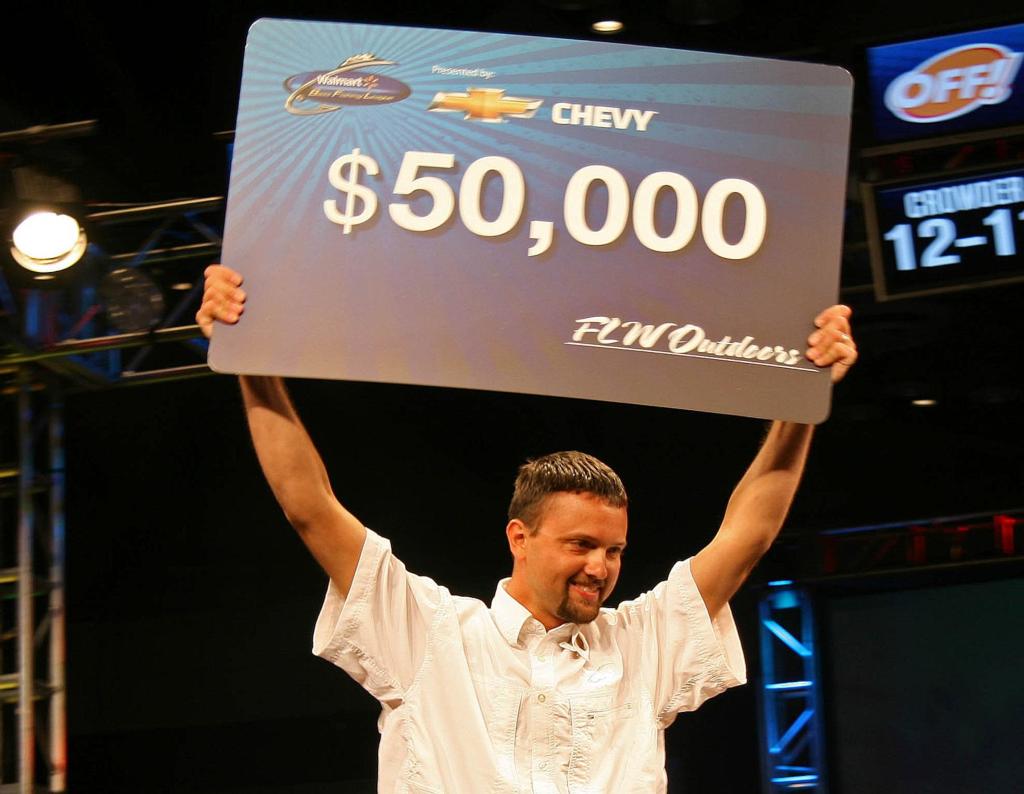 SHREVEPORT, La. – One fish does not win a three-day tournament, but as BFL All-American co-angler champion Shane Winchester can attest, the right one can certainly put you in position to do just that.

Hailing from Glasgow, Ky., Winchester took the lead on day one after weighing a 12-pound, 2-ounce bag that included the event’s heaviest fish – a toad that went 8-plus. The following day, high winds 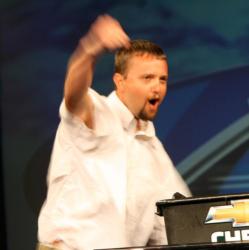 impeded the finesse worm tactics he used on day one and he managed only two fish for 2-6. Today, Winchester found more quality bites and he added a trio that weighed 7-10 and ended with a total weight of 22-2.

“That 8-pounder really gave me the edge on everybody,” he said. “That gave me a big jump right out front. That was the largest fish I’ve ever caught and what a heck of a time to do it – at the All-American.”

Today, Winchester fished a green pumpkin and brown Roboworm on a 1/32-ounce finesse head. He skipped the bait under docks and fished it next to trees.

“When the wind came up today, I went to a 1/8-ounce head, but I stayed light mostly where I could get that bait as far under the docks as I could,” Winchester said. “The key was getting it up under there as far as possible, letting it fall slowly and just shaking it.” 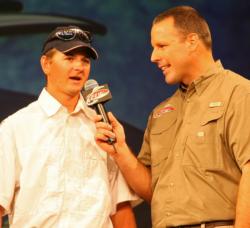 Winchester said his day started slowly and he caught his fish between 11 a.m. and one p.m.

Second-place co-angler Kyle Radake, of Cape Girardeau, Mo. started day three in seventh place with 9 pounds, 10 ounces after weighing equal bags of 4-13 on both of the first two days. He dramatically improved his position in the final round by sacking up the only co-angler limit of day three. That 7-pound, 6-ounce bag lifted his tournament total to and even 17 pounds.