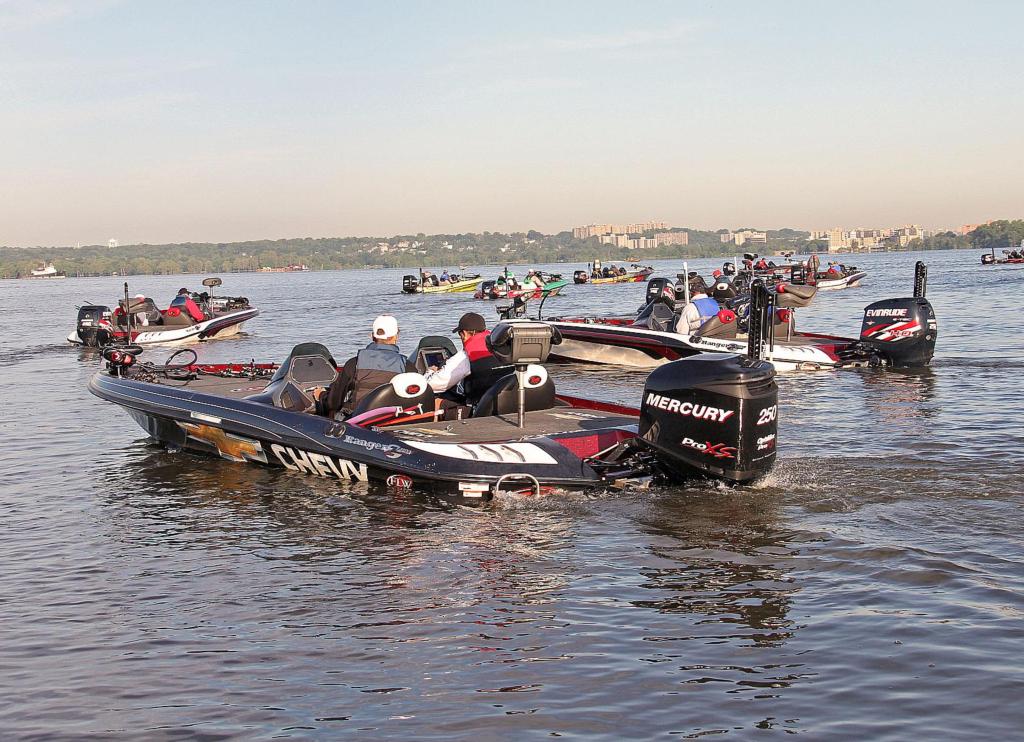 BFL All-American competitors head out for day two on the Potomac River. Photo by David A. Brown.
May 18, 2012 • David A. Brown • Phoenix Bass Fishing League

NATIONAL HARBOR, Md. – Anglers competing in the Walmart BFL All-American presented by Chevy can expect more falling than rising during day two on the Potomac River – but that’s not necessarily a bad thing.

As the field of 49 boaters and co-anglers idled out from National Harbor Marina, they felt the same cool, sunny and breezy conditions as they did on day one. Indeed, from a meteorological standpoint, today is a cookie cutter of yesterday. The difference is one that bears significant impact and demands strategic consideration – the tide.

In the All-American’s competition area north of the Woodrow Wilson Bridge, the Potomac River runs 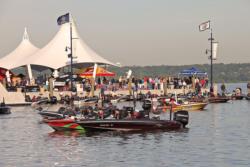 purely fresh. However, this is still a tidal fishery thanks to the forces emanating from Chesapeake Bay. The water’s daily rise and fall often proves challenging for anglers unfamiliar with coastal state bass fisheries and lamentations heard at the day-one weigh-ins indicated that such was the case for many in this event.

Today’s scenario found an incoming tide peaking at 7:17 a.m. That means anglers will start their day with outgoing water. Yesterday also began with falling water, but because tides advance by a little less than an hour from one day to the next, anglers will have a longer period of outgoing water today. Essentially, yesterday’s falling tide bottomed out at 1:11 p.m., whereas today’s will slack at 1:59.

With the start of the afternoon incoming tide moving later into the day, tournament competitors will have a shorter window of opportunity with the rising cycle. This could create a time-management challenge for those who reported struggling during yesterday’s outgoing tide, but faring better during the incoming. 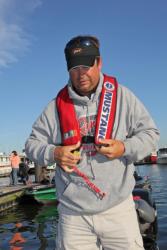 For day-one leader Brian Maloney, today’s schedule fits perfectly. The Missouri boater based his strategy around the very thing that often frustrates anglers – falling water pulling fish away from shoreline cover. Maloney used this dynamic to his benefit by targeting the areas to which bass would retreat as the water declines. He’ll stick with this plan today, but he’s concerned that the solitude he enjoyed on day one may become a fleeting luxury today.

“As small as this body of water is fishing, the only concern I’d have is what kind of crowd I get,” Maloney said. “I’m sure that the guys that are scrambling today are going to be looking for new water.”

Elsewhere in the field, a commonly stated game plan involved slowing down and working spots more 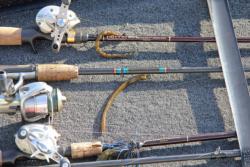 “I fished to fast yesterday; I fished over some fish, so I’m going to slow down and grind it out today. I’m going with a shaky head and a dropshot – the old faithful.”

Fourth-place boater Conrad Bolt has a plan for the day’s long outgoing cycle, but he’s looking forward to a short period of incoming water. He’ll use a chatterbait early to cover water and try to work on his limit, but once the tide turns and starts rolling in, he’ll switch to a crankbait with hopes of bagging some quality fish.

“It seems like yesterday, they started keying on shad later in the day so I’ll started throwing crankbaits to mimic the shad,” Bolt said. “I figured out a little something in practice for where they’d set up on an incoming tide.” 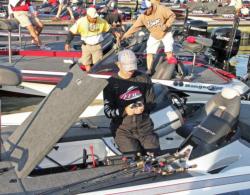 Hosted by National Harbor, the tournament features the top 49 boaters and top 49 co-anglers from across the country casting for top awards of up to $130,000 in the Boater Division and $60,000 in the Co-angler Division plus the opportunity to compete in the 2012 Forrest Wood Cup presented by Walmart on Lake Lanier Aug. 11-14.

Fans will be treated to the FLW Outdoors Expo at National Harbor Marina on Friday, Saturday and Sunday from noon to 4 p.m. where they can learn more about the sport of fishing and other outdoor activities. The Expo includes Ranger boat simulators, the opportunity to interact with professional anglers, enjoy interactive games, activities and giveaways provided by sponsors. All activities are free and open to the public. 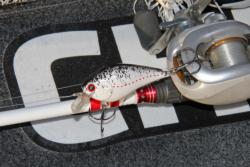 when “FLW” airs May 6 from 1 – 2 p.m. ET. “FLW” is hosted by Jason Harper and is broadcast to more than 559 million households worldwide, making it the most widely distributed weekly outdoors-sports television show in the world. 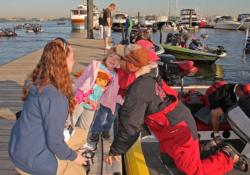