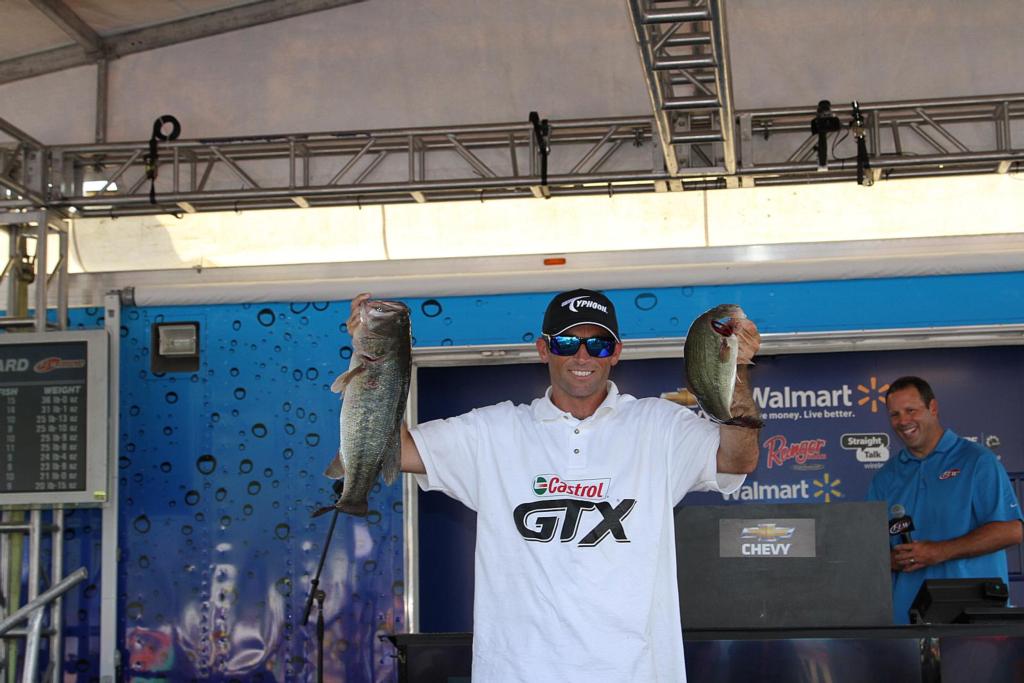 CHATTANOOGA, Tenn. – It took a bunch of baits to get the job done, but Daniel Buswell pulled off a come-from-behind victory at the Wal-Mart BFL All-American on Nickajack Lake. 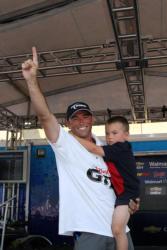 Day three, however, saw Buswell sack up the tournament’s heaviest co-angler bag – a 15-pound, 1-ounce effort that pushed him all the way to first place with a three-day total of 36 pounds.

“I caught fish on six different baits today – I had a dropshot with a green pumpkin Zoom finesse worm, a Strike King crankbait, a Z-Man Chatterbait with a green pumpkin Zoom Ultra-Vibe Speed Craw, a Texas-rigged Fighting Frog and a jig,” Buswell said. “I just went junk fishing. Whenever I saw something that looked good for a certain bait I’d throw it. I made some adjustments and it all happened right.”

Current eddies on the downstream side of bridges produced most of Buswell’s fish. Besides a trophy and a check for $50,000, his biggest take-away from the BFL All-American was learning the art of dropshotting.

“On day two, I had one keeper early in the morning and I didn’t have another keeper until my boater started getting them on a dropshot. He helped me tie a Palomar knot, which I’m going to learn, because I’m a dropshot fiend now. We just caught fish after fish after fish. I put one on today and I was able to cull up a pound.” 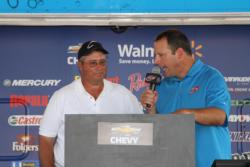 It’s never fun to lose a fish during a tournament, but with just 13 ounces separating him from first place, Craig Hulsey, of Park Hills, Ok., will probably remember one in particular for a long time to come. On day three, Hulsey weighed in four keepers for 9-9 and took second with 35-3. He said he had a shot at No. 5, but fate was unkind.

“I had a fish pull off at 3:45 today,” Hulsey said. “I’m pretty sure he would have kept, but he was pulling really well. He just came unbuttoned. That’s fishing.” 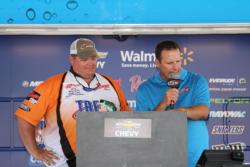 11-1, he rose two notches to finish third with 32-1. Richardson made an even bigger jump on day two when he moved up to fifth from 22nd.

Richardson caught his biggest fish on a 3/8-ounce green pumpkin Lethal Weapon jig with trailers alternating between a NetBait Paca Craw and a Berkley Chigger Craw. Fishing logs, rocks, laydowns and barge moorings, Richardson said the key to his performance was keeping his bait in the water. 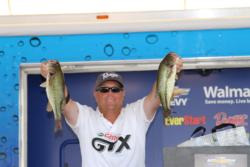 David Williams, of Fredericksburg, Va. placed 20th on day one, but rose to 8th on day two after anchoring his 10-pound, 11-ounce catch with a largemouth that went 6-8. On day three, Williams fished a finesse worm on a slider head and improved to fourth with 31-1.

Nick Angiulo, of Hainesport, N.J., lead day two, but he yielded four spots on day three to finish fifth. Angiulo caught most of his fish a dropshot.