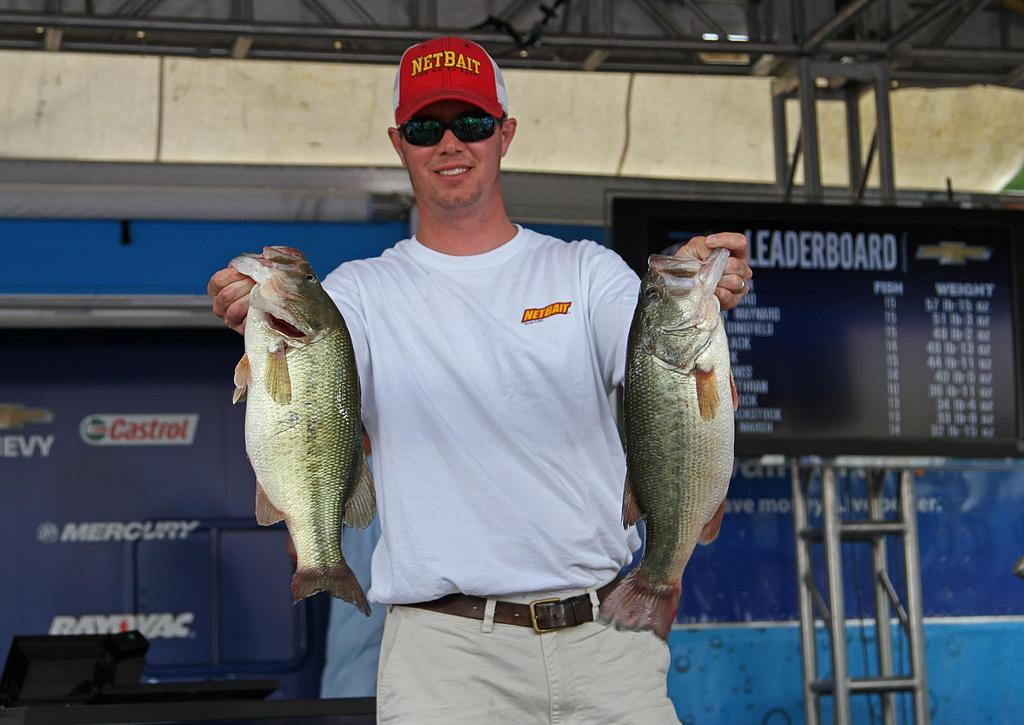 FLORENCE, Ala. – Everyone wants to be on top – and Justin Sward eventually got there at the BFL All-American presented by Walmart on Wilson Lake. But entering the final round one notch off the lead gave the co-angler from Birmingham, Ala., a sense of tranquility that no doubt contributed to his banner day.

“I wasn’t nervous last night because I couldn’t believe I was in second (after day two,” Sward said. “I’ve been in first place in several tournaments and I’ve stumbled and lost. So I was very comfortable last night.” 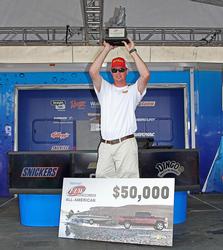 every day,” Sward said. “As a co-angler, you can stomp your foot a lot doing that. But if it works out for you, then that’s great.”

Given Sward’s 3-day total of 57-15 and his winning margin of 5 pounds, 2 ounces, it’s pretty clear that this one worked out for him. Day three was particularly productive, as he weighed the heaviest sack of his division – 23-9.

On day one, Sward caught his fish on a NetBait jig with a Baby Paca Craw trailer. He used a NetBait C-Mac worm on days two and three.

“Today, I caught a limit pretty fast on the C-Mac worm and then I culled about three times with a Strike King 6XD,” Sward said. “It really slowed down after about 9 o’clock today so I was very fortunate to catch a limit today.”

In the final round, Sward was paired with Connecticut boater Dino Moutogiannis – the same pairing he had on day two. This, Sward said, gave him a helpful dose of preparation.

“As a co-angler, you never know how the day’s going to go,” he said. “You could be drawn out with the best local pro and he could just have a bad week and that may not be the right situation for you.

“Dino stumbled onto the motherlode and I got to fish with him the last two days. I got off to a good start and I was blown away by the weights. Going into today, I knew what we were going to do, so that was a huge advantage for me.” 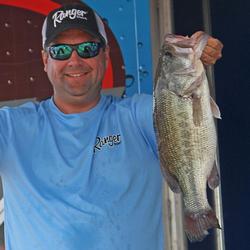 Bryan Cothran, of Belton, S.C. made a big day-two comeback, as he improved from 19th place to first on the strength of his personal best limit – 24-13. In the final round, he struggled to find the previous day’s consistency and ultimately weighed 16-2 for a total of 52-13.

Maynard makes it to third

Brandon Maynard, of Cookville, Tenn., led the co-angler division on day one, slipped to fifth on day two 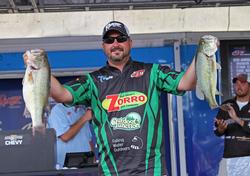 and then regained to notches to finish third with 51-3.

“I fished my butt off for three days,” Maynard said. “Yesterday, I dropped the ball and I couldn’t get any big bites. Today, I lost a 6-pounder at the boat. But you can’t make excuses, you gotta go fish.”

On days one and three, Maynard caught his fish on a Strike King 6XD. Day two was his slowest and he ended up catching his fish on a Carolina rig.

John Bedingfield, of Loganville, Ga. placed fourth with 49-2, while Ethan Flack, of Cullman, Ala., took fifth with 48-13. 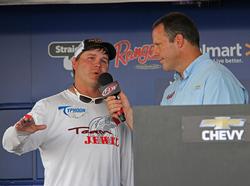