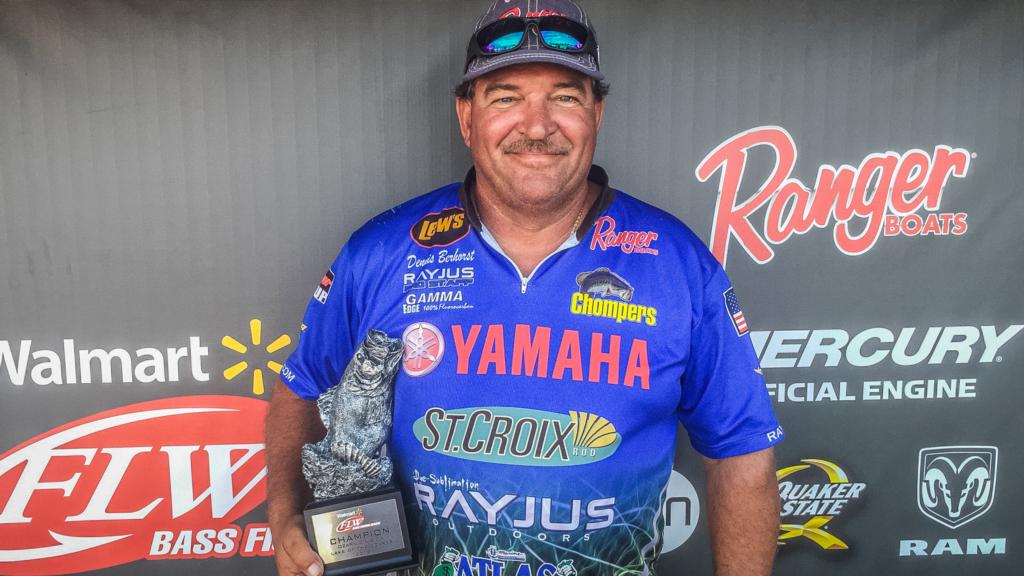 “I caught every fish that I brought to the scale by flipping boat docks on the lower end of the lake near the dam,” said Berhorst, who pushed his career earnings with FLW to more than $316,000.  “The fish were active in anywhere from 2 to 10 feet of water.

“On Saturday I caught 11 keepers fairly quick,” continued Berhorst. “I eased up on my spots around 10 a.m., knowing I had to fish there again on Sunday. It took me a little longer to catch my limit on Sunday because the fish had moved and I had to make a few adjustments. I still managed to catch nine keepers.”

Berhorst said he used one bait throughout the entire tournament – a green-pumpkin Chompers Boss Hawg.

“I’ve won a lot of prize money on that bait,” said Berhorst. “The Boss Hawg gets the job done.”

Mark Tucker of Kirkwood, Missouri, caught the biggest bass of the tournament in the pro division Friday. The fish weighed 6 pounds, 5 ounces and earned the day’s Big Bass award of $885. 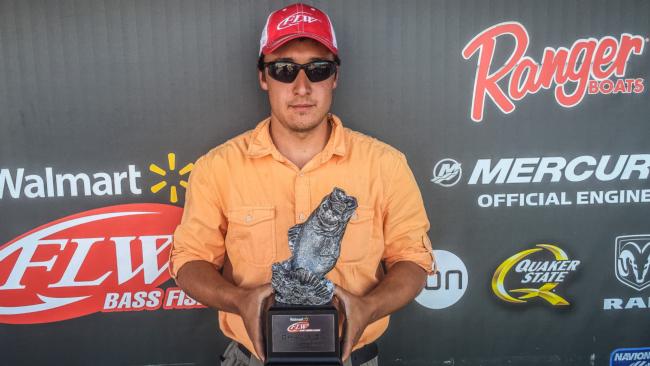 Hicks caught the biggest bass of the tournament in the co-angler division and earned the day’s Big Bass award of $442.