Metzger Dominates with a Swimbait 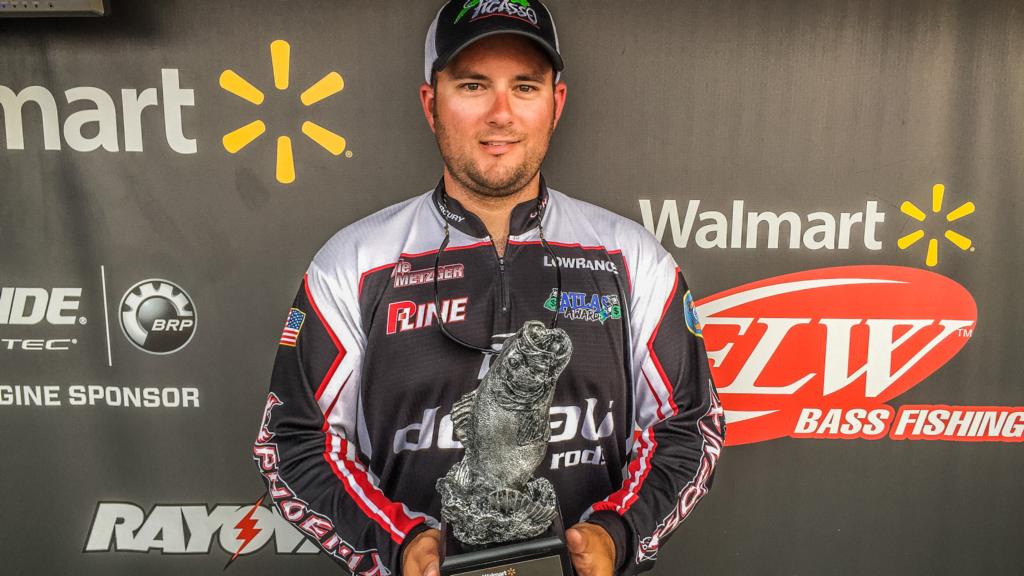 “On Saturday I ran 50 miles south to some grass near Paris where I had found some fish,” said Metzger of his second career win in FLW competition. “I used a bone-colored Picasso Shad Walker and was able to put a small limit in the boat by 10 a.m.

“Around 10 I moved to my second area, which was a flat outside of a bay just south of Paris,” continued Metzger. “It had a shell bed on one end and a ledge that stretched from 8 to 14 feet down the other. I moved up onto the shell bed and caught a 5-pounder using a swimbait on the first cast. Within 20 minutes I caught 23 pounds.

“On day two I headed to the flat again. I threw the same swimbait, but the fish were hitting it a little bit different. The water was clear, so I switched to 15-pound test P-Line FloroClear and used a 7-foot Denali heavy action rod and had to jerk the bait more quickly.”

Metzger said that he then switched to a hairjig rigged with a Zoom Super Fluke to catch his last keeper and finish out his tournament.

“The fish bit it on the fall and I was able to grab my fifth keeper towards the end of the day,” said Metzger. “I had a great weekend on the water.”

Curtis Persinger of New Albany, Indiana, caught the biggest bass of the tournament in the pro division Friday. The fish weighed 6 pounds, 11 ounces and earned the day’s Big Bass award of $757. 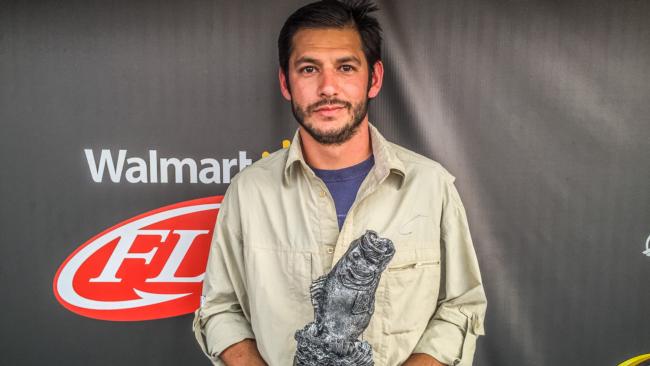 Derrick Mattingly of Uniontown, Kentucky, won the co-angler division and $2,852 with a two-day total of 10 bass weighing 27 pounds, 1 ounce.

Rounds caught the biggest bass of the tournament in the co-angler division and earned the day’s Big Bass award of $379.