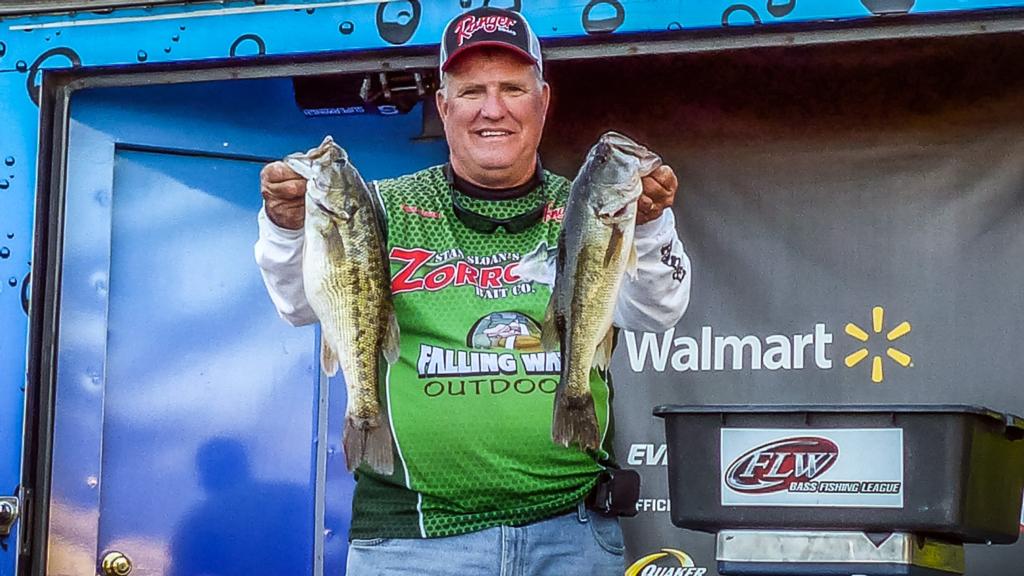 The decision of what to fish come tournament time can be difficult for most. For others – like Mike Devere – relying on a single bait that you have confidence in is all you need. Devere’s one bait, one rod method  was strong enough to carry him to victory by nearly 2 pounds in the BFL Wild Card held on Lake Hartwell.

“They really like that Booza Bug here,” says Mike Devere of Berea, Ky. Devere fished exclusively with a 1/2-ounce Stan Sloan Booza Bug matched with a Zoom Big Salty Chunk to catch 21 pounds, 11 ounces from Lake Hartwell over the course of tournament.

Devere, who has three wins and more than $140,000 in earnings in an FLW career that includes extensive time at both ends of the boat, had fished Lake Hartwell three other times in tournaments. Therefore, he had learned some things about the fish’s normal behavior. Devere’s brother John also had fished Hartwell before and is a big fan of the lake.

“When [John] learned where the Wild Card would be, he said, ‘I’ll go with you to practice. I like that lake.’” Devere says.

The Deveres began practicing in the upper part of Lake Hartwell, and they caught eight fish on the first practice day. The next day they fished the middle part of the lake and caught 20 keepers. That told Mike Devere much of what he needed to know. After a couple of days of added learning, he settled on the lake’s mid-section where the water is clear and the terrain is fairly steep overall.

He primarily targeted rock structure 8 to 20 feet of water. The most productive areas overall were mud banks that had a little bit of rock mixed in. Sticking with a single strategy, he caught 8 fish each day by slowly dragging the Booza Bug along the bottom.

A key factor for Devere was simple persistence. His brother caught fish on a drop-shot during practice and wanted him to fish that, and Devere began practice thinking a buzzbait would be important. Once he figured out that the bass wanted the jig, though, he resolved to stick with the Booza Bug.

For his efforts, Devere took home over $3,800 as well as an invitation to the 2016 Walmart BFL All-American. 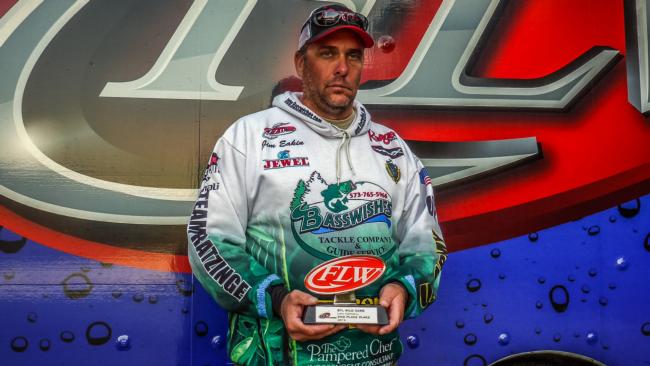 Learning to adapt and adjust is what it takes to be successful in fishing and for Jim Eakin that meant learning to fish a brand new technique.

“Before this week, I didn’t know you could catch largemouth bass 45 feet deep, but that’s exactly what I did,” says Eakin, whose 20-pound, 8-ounce bag earned him second place in the Wild Card.

Not only had Eakin never caught bass so deep, but he had never used a drop-shot rig before the Wild Card event. He knew drop-shotting often played an important part at Lake Hartwell, so he entered practice with the idea that he was going to learn to drop-shot and put it to use during the tournament. He must a quick study because Eakin used a drop-shot exclusively throughout the event.

Eakin’s drop-shot rig featured a 4 1/2-inch Roboworm Straight Tail Worm in Aaron’s Morning Dawn. On day one, when the wind blew hard, he used a 3/8-ounce weight. On day two, with little to no wind, he dropped back to a 1/4-ounce weight.

Eakin explained that there was a very specific depth that the fish were holding on day one – 23 feet to be exact. “Not 22 feet. Not 24 feet,” he says.

Later in the day the best action moved to 35 feet and then to 45 feet. The same basic thing occurred on the second day, although the fish moved deeper earlier with less current in the lake that day. Eakin got a limit in the shallow water, but he culled every fish from out deep in the afternoon. 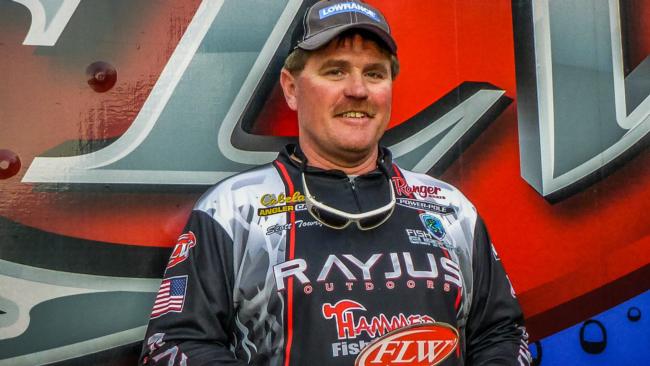 Scott Towry of Lawrenceburg, Tenn. credits his wife Belinda with figuring out the bait he needed to use during the Wild Card. Belinda Towry, a former All-American qualifier who ended up on the Wild Card waiting list and was unable to compete, caught bass on a Texas-rigged watermelon candy worm while fishing with Scott during practice. Towry started practice with a drop-shot rig and tried to make a jig work, but a Texas rig turned out to be the most productive lure and he wound up sticking with it during the tournament.

Towry caught 15 keeper bass on day one and 20 on day two and compiled a two-day total weight of 20 pounds, 4 ounces for third place.

Towry fished in fairly clear water in the middle section of Lake Hartwell, in the vicinity of where the lake’s river arms join forces to form the Savanah River. He fished in 15 to 32 feet of water, working his worm though sunken brush.

A change in wind conditions and the amount of current caused the fish to move after day one forcing Lowry to relocate schools.

“I owe it all to my Lowrance. That’s how I found everything,” Towry says. 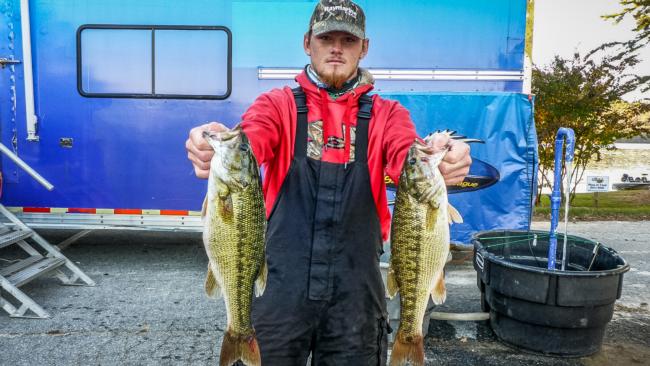 Smith Mixes it up for Co-Angler Win

Wesley Smith of Vinemont, Ala., used a few different baits to bring in three fish on day one and a good limit on day two to win the co-angler division by more than 4 1/2 pounds. His two-day total was 18 pounds, 12 ounces which earned him a check worth over $2,000.

Vital to the win, according to Smith, was the helpful nature of his second-day boater, who told Smith he was passing along a favor from when he had fished as a co-angler.

“I had the best boater you could ever ask for today,” Smith says about James Bird of Florence, Ala. “He knew I could be in it and he pretty much just put his rods down and took me to his spots.”

On day one, Smith used both a Zoom Magnum Shaky Head worm on a shaky head and a Zoom Fluke on a Fishhead Spin, with the latter producing a 4-pound-plus fish. He and his boater mostly fished brushpiles away from the bank. On the second day, he used the shaky head to catch some small fish early, but his larger fish, which included two 3 1/2-pound spotted bass, came on a War Eagle Finesse Jig. Day two locations include both deep and shallow water.

For complete results from the Wild Card, click here.

The top six boaters and co-anglers qualified to compete in the 2016 Walmart Bass Fishing League All-American, which features a six-figure payday and berth in the Forrest Wood Cup. The All-American will be held June 9-11 at Lake Barkley.

Wesley Smith of Vinemont, Ala.