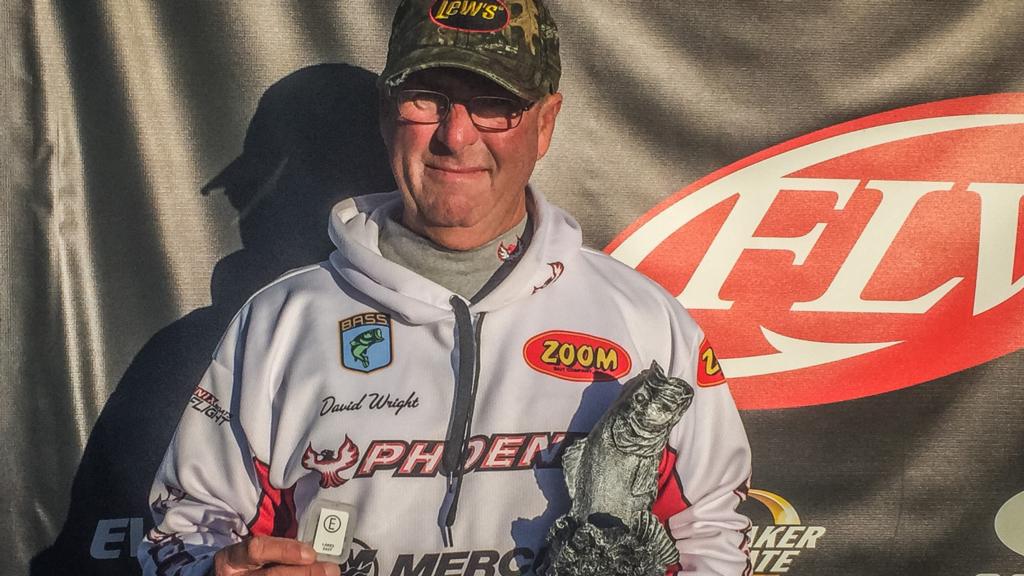 Wright says he targeted bass along rocky banks in dirty water on the upper-end of the lake to earn his victory.

“I split my day between three shallow areas and used a small crankbait,” says Wright, who earned his 10th career win FLW competition. “The bait was important. It had a tight wiggle which gave a subtle presentation that the bass seemed to like.”

Wright declined to share the specific crankbaits he used, but mentioned he preferred chartreuse in muddy water and olive if he fished in a cove where the water was clearer.

“I fished them slow with a Lew's reel,” says Wright. “I paid close attention to how fast I was cranking. When I told myself to slow down, I’d get a bite.

“The fish weren’t aggressive at all,” continued Wright. “There were a few that I know bumped up on the bait and didn’t bite.”

Wright caught around 15 keepers consistently over the course of the day.

“Normally I bring in all spotted bass, but since the water was muddy I ended up weighing in three largemouth and two spots,” recalls Wright. “I just kept my head down and stayed persistent.”

Jonathan Foster of Maiden, North Carolina, caught the biggest bass of the tournament in the pro division, a fish weighing 5 pounds, 11 ounces and earned the day’s Boater Big Bass award of $740. 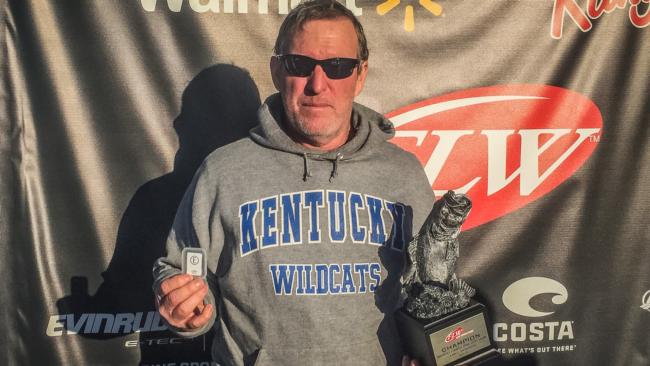 Transon caught the biggest bass of the tournament in the co-angler division, a fish weighing 5 pounds, 14 ounces and earned the day’s Co-angler Big Bass award of $365.