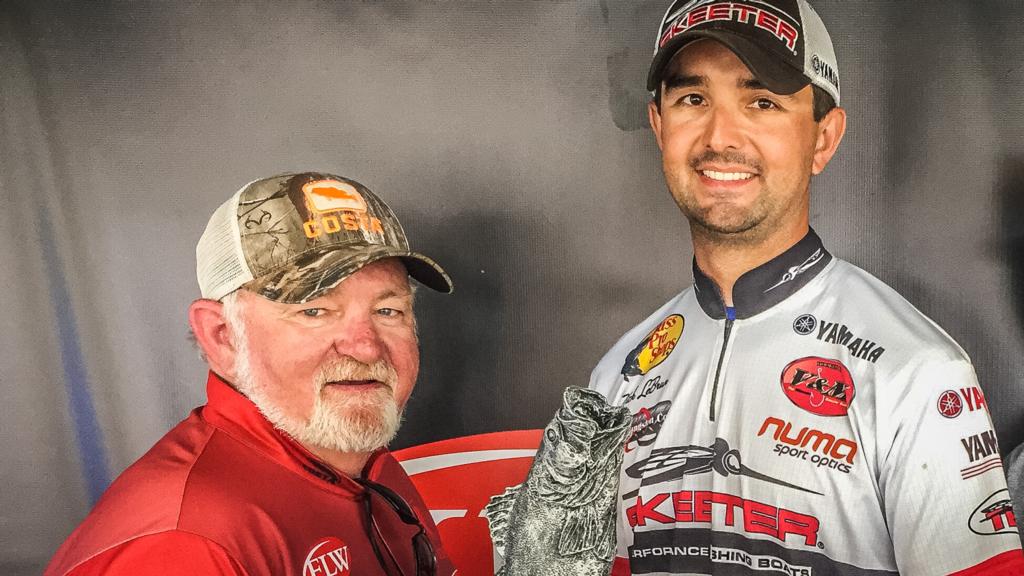 Dicky Newberry of Houston, Texas, and Nick Lebrun of Bossier City, Louisiana, each weighed a five-bass limit totaling 22 pounds, 6 ounces, Saturday to share top honors at the FLW Bass Fishing League (BFL) Cowboy Division tournament on Sam Rayburn Reservoir presented by Power-Pole. For their efforts, both earned $3,373, with Newberry adding another $3,845 in bonuses.

Newberry began his day targeting postspawn bass near clay points using a Carolina-rigged, green-pumpkin-colored V&M Lizard. After catching a limit, he said he switched to flipping bushes with a black and blue Reaction Innovations Sweet Beaver.

“The water was higher than normal so I knew the bushes would be a good bet,” says Newberry. “Around 1 p.m., I went back to a set of bushes I’d hit earlier and threw the Beaver over the top of them.  Before I knew it, the 11-pounder bit it and pulled it down. It was quite the fight. I never thought a bass could pull that hard.”

Lebrun caught his fish between five areas near the Highway 147 Bridge. He said he used one bait to catch his limit – a green-pumpkin-colored V&M Cliff’s Wild Craw with a 1-ounce tungsten weight.

“When the lake is high, I’m confident fishing flooded trees and bushes,” says Lebrun. “The best bites came in 5 to 6 feet. It was a great day on the water.”

Newberry also caught the biggest bass of the tournament in the pro division, an 11-pound, 6-ounce behemoth and earned the day’s Boater Big Bass award of $645. 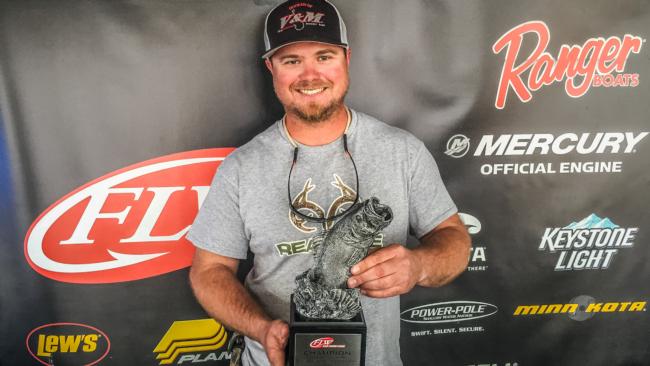 Rodgers caught a largemouth weighing 9 pounds, 2 ounces – the biggest bass of the tournament in the co-angler division – and earned the day’s Co-angler Big Bass award of $322.