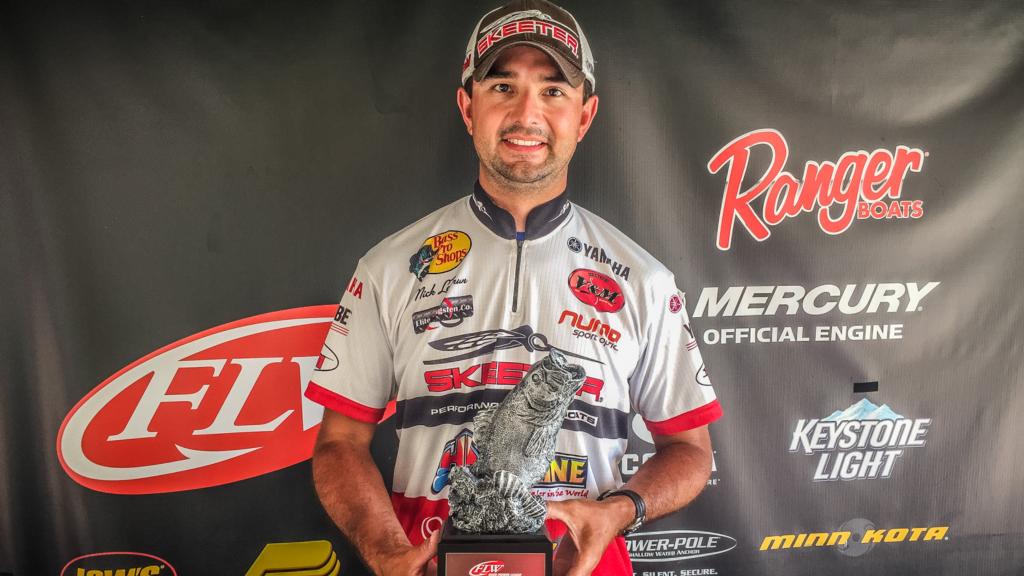 Lebrun says he spent his day targeting shallow hay grass on the south end of the lake.

“I ended up making my way through two areas that I knew had fish in them,” says Lebrun, who earned his second win in BFL competition this season. “I originally had four, but due to the severe weather, two of my main-lake stops were blown out. I had to make do with what I had.”

Lebrun used one bait to catch his limit – a black and blue-colored V&M Wild Craw Jr.

“When I pitch and flip in shallow water, I commit to a lure that I’m confident with,” says Lebrun. “I caught an 8-pounder at 8:30 a.m. and a 3- and a 4-pounder from my second area – all before 10:30 a.m. After that, bites were hard to come by. For me, it was recognizing the productivity of the cover I was fishing, and knowing when to move on.”

The Louisiana angler says he ended up catching 10 keepers.

Lebrun also caught an 8-pound, 12-ounce brute – the biggest bass of the tournament in the pro division – and earned the day’s Boater Big Bass award of $595. 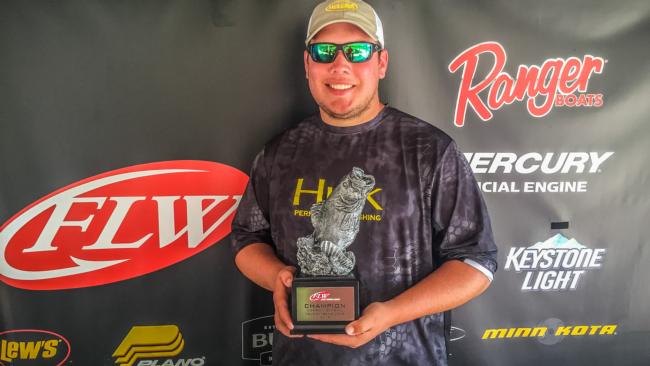 Hogan Beckley of Grayson, Louisiana, weighed in five bass totaling 14 pounds even Saturday to win the co-angler division and earn $2,136.

Chance caught the biggest bass of the tournament in the co-angler division, a fish weighing 6 pounds, 8 ounces and earned the day’s Co-angler Big Bass award of $297.