The Every Man’s Champ 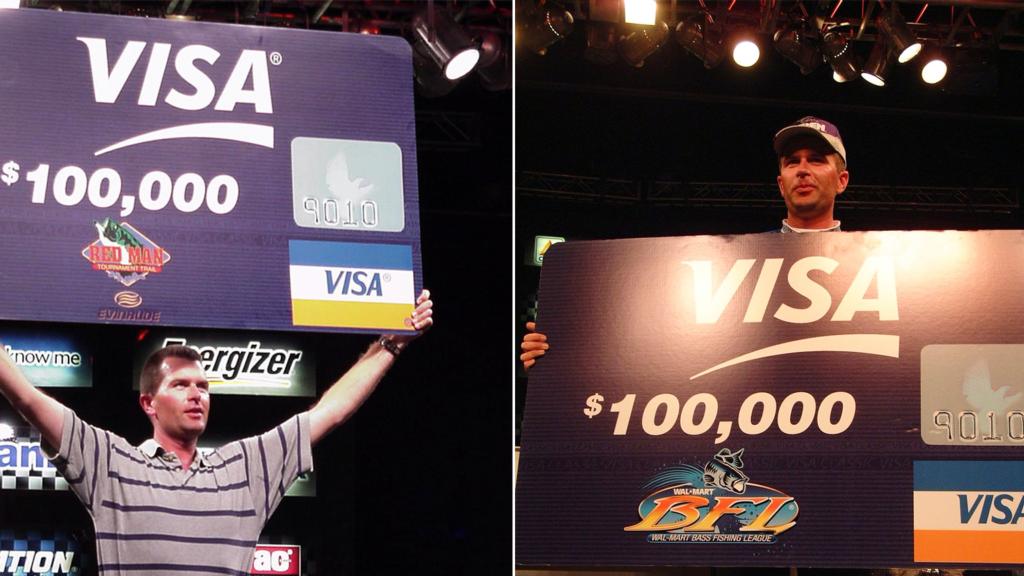 Winning it launched a kid named Jacob Wheeler toward becoming a Forrest Wood Cup champion. It was Clark Wendlandt’s path to becoming a three-time Walmart FLW Tour Angler of the Year. Joe Thomas won it, and went on to host his own fishing TV shows. And it turned Shaw Grigsby into Shaw Grigsby the household name.

In fact, you don’t even have to win a BFL All-American to separate yourself from your peers. Making the top 10 often suffices. Names such as Tommy Biffle, Stephen Browning, Steve Kennedy, JT Kenney, Bobby Lane, Dave Lefebre, Troy Morrow, Skeet Reese and Jay Yelas have all shown up in All-American top 10s before we knew them as some of the best professional anglers. Rick Clunn has an All-American title on his resume, and David Fritts has four All-American top 10s, though both anglers were already long established in the game when they competed successfully in those All-American events.

Basically, it’s THE tournament to help springboard an average Joe to a professional career. That is, if you want it to do so, and Coble never wanted that. The bass boat salesman from Henderson, N.C., was and still is happy simply fishing locally. Yet, Coble might have an even bigger place in All-American history than anyone.

A winning turn of the century

The year 2000 marked the 17th All-American, and in that time, it had 16 different champions. The only person to win two was Indiana’s Dean Starkey, who won the very first one in 1983 and then the 1994 title.

Coble certainly wasn’t looking to become the second two-time champ as he drove the 15 hours from North Carolina to Lake Hamilton. Heck, he still needed his first title, and Hamilton was hardly the place to do it. His only optimism about being so far from home was that he and friend David “Smiley” Wright had made the trip the autumn before. With the water low, the two were able to move more than 100 brush piles to places only they knew. And in a lake mainly devoid of cover, that was quite the advantage.

“Back then you didn’t have electronics to find brush like you do now,” says Coble. “So I was the only one who knew where it was and how to line up on it. Today, it wouldn’t be near the advantage because most guys could’ve found the brush with their electronics, but then it was.”

Coble was able to hit at least 50 brush piles each day, plying them with handmade crankbaits made by friend and Zoom Bait Company owner Ed Chambers. On the final day, both he and Arkansas’ Keith Green made runs at the win, with Coble coming out on top by a mere 5 ounces.

“Either one of us could’ve won,” says Coble. “I’m just glad it was me who got the bigger bite.

“Obviously, I was excited to win. In all my years of fishing, I probably hadn’t won $100,000 combined. So to do that in one tournament was special.”

The victory spawned plenty of questions about whether he’d try and use that nest egg to fish professionally, but Coble shrugged it off and simply worked on qualifying again for the All-American. After all, the 2001 championship was again on Hamilton; same time of year and everything.

There were a few differences between 2000 and 2001, though. For starters, what was formerly called the Redman All-American was now the Bass Fishing League All-American. Then there was the addition of co-anglers. And finally, Coble’s partner, Wright, also qualified for the 2001 All-American.

Those last two points proved very important. Coble and Wright decided Wright, having a chance to win more contingency money because of the boat he ran, should take the better brush piles on the lower end of the lake, while Coble took those on the upper end. The plan worked to perfection … for Wright’s co-angler.

“His co-angler smoked him from the back of the boat,” says Coble. “So he didn’t qualify for the final day. That left all the brush piles to me.”

When the final weigh-in concluded, Coble was holding his second $100,000 check in as many years.

Coble’s feat of back-to-back titles puts him in rare company.

As stated, he’s one of only two anglers to even win two All-Americans, let alone back-to-back. Though, Georgia’s Kim Carver came close, finishing second and first in ’97 and ’98, with Wisconsin’s Curtis Samo finishing fourth and third those same years.

As for back-to-back championships in the sport, only Clunn and Kevin VanDam can also say they’ve done it, having both won consecutive Bassmaster Classics.

That much success again warranted Coble fielding questions about his future fishing ambitions. At first, he told everyone that he had no ambitions to fish professionally. However, the pressure did finally get to Coble, and for one year he tried fishing at the highest level.

“I knew right away I had 90 percent of what it took to fish professionally at that level,” says Coble. “What I didn’t know was if I’d ever find that other 10 percent.

“Besides, I already had the perfect mousetrap. The top anglers every year kept moving up to become pros, and that just made it easier for me to do well in the middle levels.”

Still, Coble is the first to acknowledge that there is no better path to success for any angler than to start at the BFL level and do well in the All-American.

“It’s the working man’s road to being able to fish for a living,” says Coble. “I think every angler should do it. I’ve seen too many young kids immediately jump into being pros when they weren’t ready. So they get their confidence hurt.

“There is nothing like the training an angler can get from fishing the BFL, and there is no better training for the pros than the All-American.”