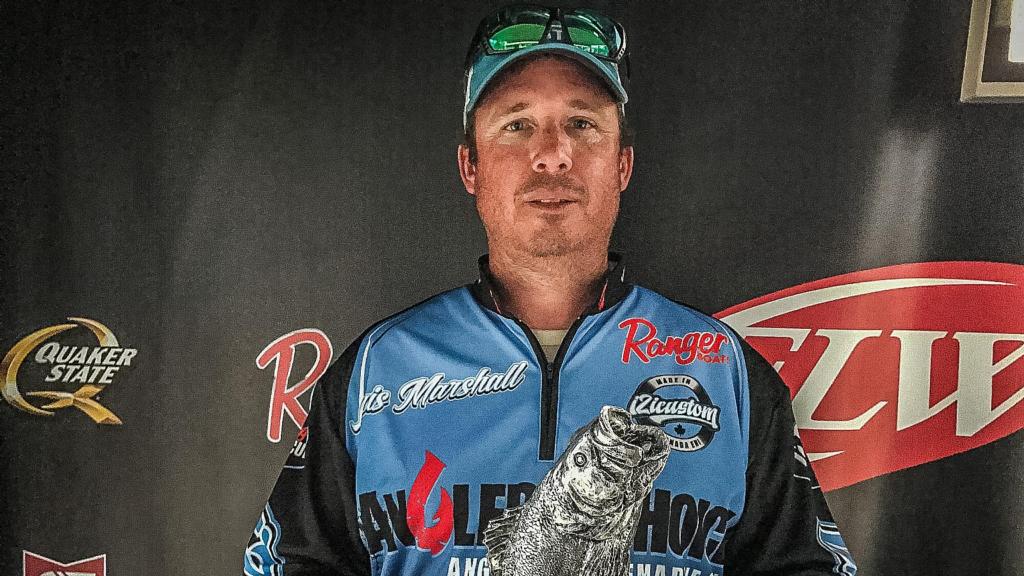 Marshall says he spent his day fishing docks near spawning areas. He used one bait to catch his limit – a Chris Crawl-colored Katch-Her Lures Flipping Jig.

“My day got off to a slow start,” says Marshall, who logged his third career win in BFL competition. “I didn’t catch a bass until 1 p.m. I knew the warm temperatures would drive them up shallow at some point, but it took almost all day.”

Marshall caught everything he weighed in between 1 and 2 p.m.

“I probably hit around 150 docks throughout the event,” says Marshall. “I ran around and just kept skipping the jig. My key catches came right below the mid-lake line.”

Even though Marshall was expecting the bass to be a bit shallower, he says he was glad he stayed committed to the jig bite.

“I only had seven bites and probably burned 35 gallons of fuel, but it eventually paid off,” says Marshall.

James Buchanan of Monroe, North Carolina, caught a 6-pound, 5-ounce bass – the largest of the event – which earned him the day’s Boater Big Bass award of $545. 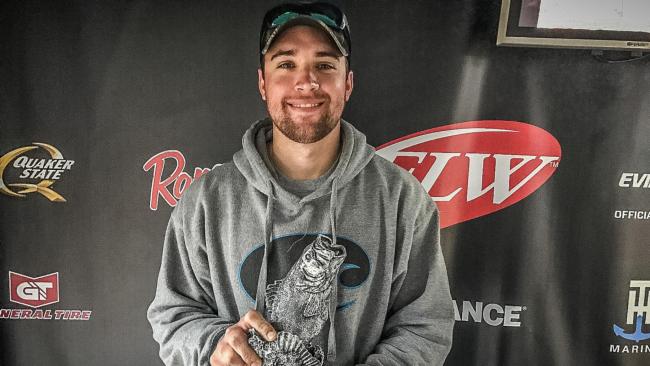 Kenny also caught the biggest bass of the tournament in the co-angler division, a fish weighing 7 pounds, 3 ounces, and earned the day’s Co-angler Big Bass award of $262.