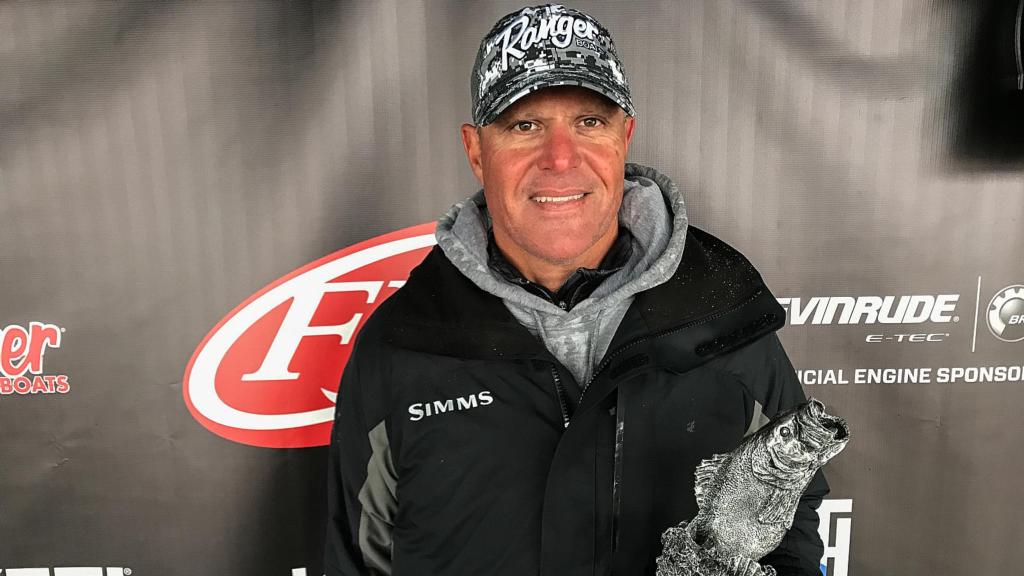 “My three biggest bass came on a Molting Craw-colored Elk River Finesse Jig,” said Fulps, who earned his second career win in FLW competition. “I worked it through mid-lake areas around docks and where bass were staging. I had a lot of success on bluff ends, specifically ones that transitioned into a flat with pea gravel and smaller rock.”

Fulps said that the slope of the bluff ends was an important factor in his areas.

“The bluff ends produced a lot more than the bluffs themselves – I couldn’t find bass on the 45-degree banks,” said Fulps. “By 11 a.m., I had three bass in the boat nearing 17 pounds.”

In the afternoon, Fulps said he continued working bluff ends using a Storm Wiggle Wart. He said he stayed mid-lake, and was able to top off a five-bass limit.

“With 10 minutes left to fish, I caught my sixth keeper and culled out one of the smaller Wiggle Wart fish,” said Fulps. “It came in on a War Eagle Spinnerbait and ended up winning me the event by 3 ounces.”

Harbin caught a bass weighing 8 pounds, 2 ounces – the largest of the event – which earned him the day’s Boater Big Bass award of $945. 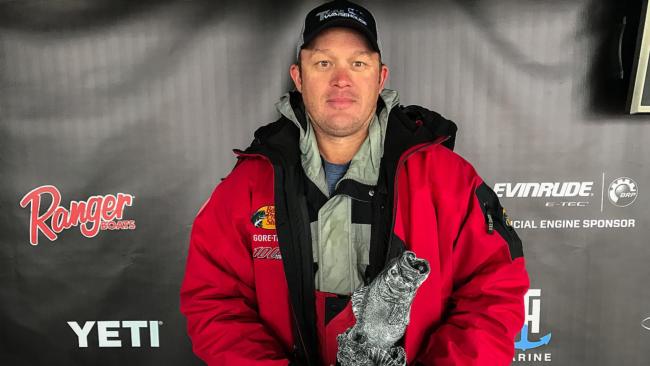 Chris Spence of Marlow, Oklahoma, weighed in three bass totaling 13 pounds, 5 ounces Saturday to win the Co-angler Division and the top prize of $3,370.

Spence also caught the biggest bass of the tournament in the Co-angler Division, a fish weighing 9 pounds even. The catch earned him the day’s Co-angler Big Bass award of $472.