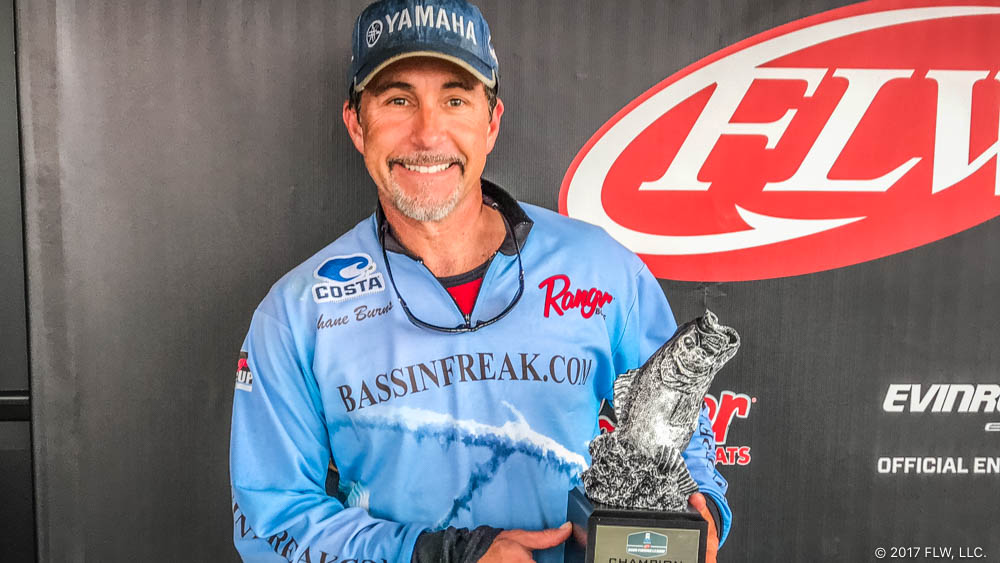 “I’ve been so close to winning before, and I have wanted one of those big winner trophies for a long time,” says Burns, who earned his first career win in FLW competition after 15 previous top-10 finishes. “I have so many of the fish hook trophies that they give out to the top 10, but it was so awesome to finally get over that hump and get the win.”

Burns says that he caught eight keepers throughout the day – seven largemouth and one smallmouth – and weighed in five largemouth.

“I had given up on trying to find the deep fish and was planning on committing to the docks, but my Lowrance unit showed me those big largemouth were there. They weren’t stacked up, but I worked the point up and down, both sides. There were enough females there to get me a good limit.”

Todd Harris of Clemmons, North Carolina, caught a 7-pound, 6-ounce bass, which was the heaviest of the tournament in the Boater Division. The catch earned him the day’s Boater Big Bass award of $510. 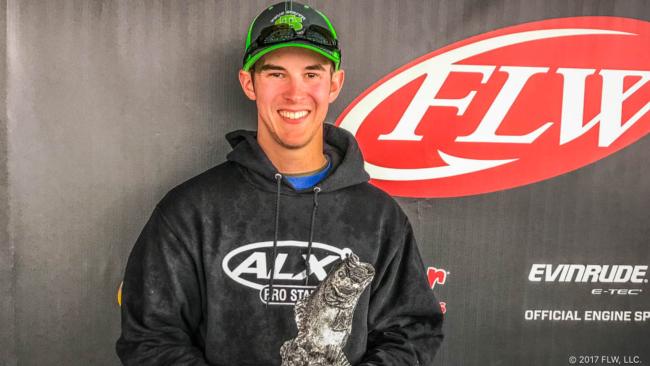 Elliot Pilson of Stuart, Virginia, weighed in four bass totaling 9 pounds, 11 ounces Saturday to win the Co-angler Division and the top prize of $1,921.

McCluskey weighed a 5-pound, 11-ounce bass which earned him the day’s Co-angler Big Bass award and an additional $255.