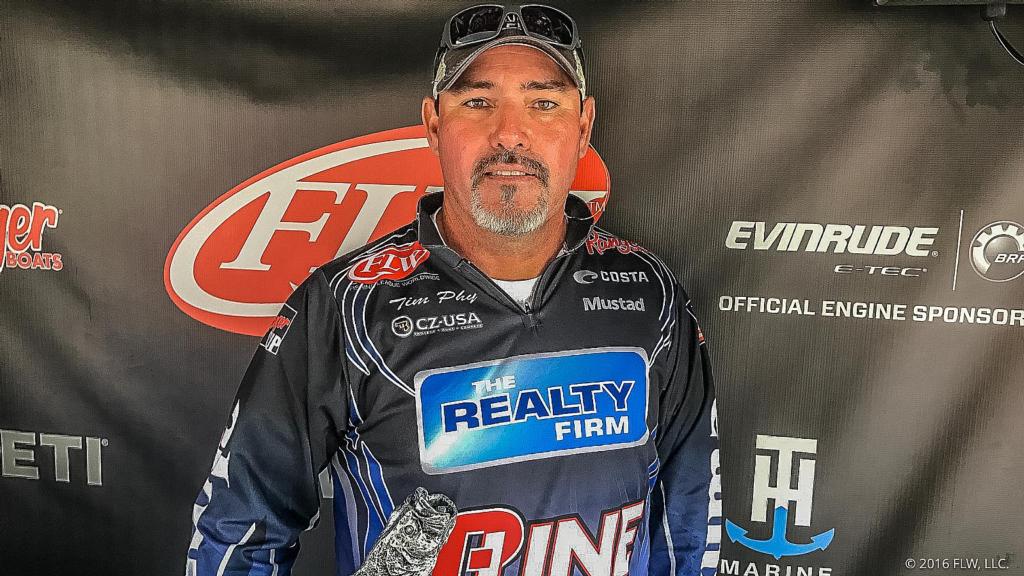 Phy said the fishing was slow for the majority of his morning, but he was able to dial in on some quality bites just before noon.

“I pulled up to some gravel points in a pocket about a mile up the Wolf River,” says Phy, who earned his second victory of the year in BFL competition after winning a Music City Division event on Center Hill Lake last month. “There were three different points that had grass. It went about 10 to 12 feet down into the water and was green and healthy looking. If you were in the grass you wouldn’t get a bite. You had to cast to the shallower side, closer to the bank.”

Phy said he used a D&L jig rigged with either a green-pumpkin-colored Strike King Rage Tail Chunk, or a beaver-style creature bait to catch every fish that he brought to the scale.

“I caught them anywhere from 2 to 6 feet water,” says Phy. “I went back and forth around the points and dragged the jig after I casted. It was pretty simple. I fished it a lot like a Carolina rig.”

Aaron Bidarian of Lexington, Kentucky, caught a bass weighing 5 pounds, 7 ounces – the heaviest of the event in the Boater Division – which earned him the day’s Boater Big Bass award of $600. 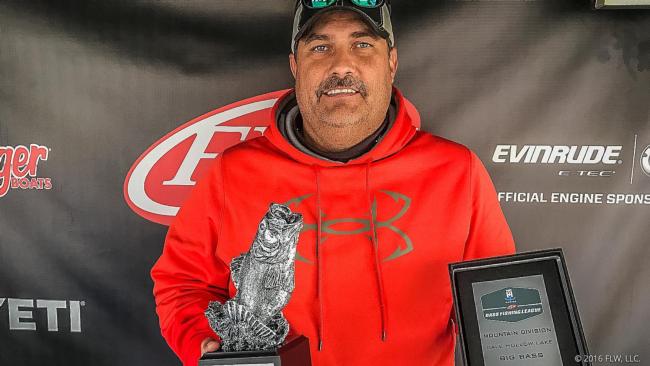 Greg Trobaugh of Rickman, Tennessee, weighed in five bass totaling 17 pounds, 3 ounces Saturday to win the Co-angler Division and the top prize of $2,513.