Ray on Top at Ouachita 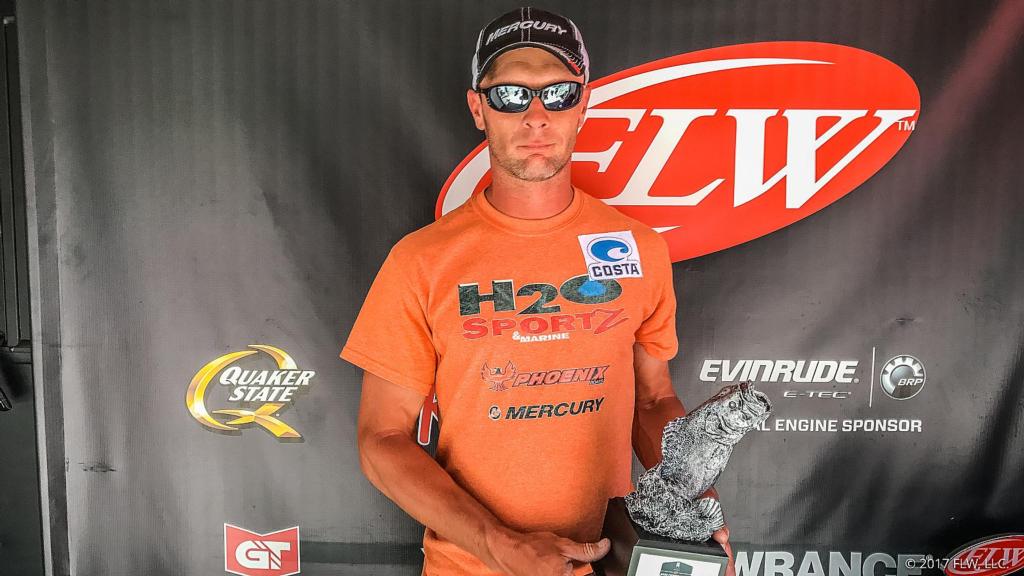 “I spent the tournament swimming a jig through the water willow grass around Mountain Harbor,” says Ray, who earned his first career-victory in FLW competition. “I probably hit 10 areas that were each about 100 yards long. The lake was flooded, but they’ve been lowering the water which pulled the fish out of the bushes and into the grass.”

Ray said he used a 3/8-ounce green-pumpkin custom swimjig with a Zoom Z-Craw trailer of the same color. He said he also rotated in a Paycheck Baits Repo Man topwater throughout his day.

“I was fishing in 3 to 5 feet of water and was able to catch around 15 keepers,” says Ray. “I caught a limit within the first hour and then fairly consistently throughout the day.”

Darby caught a bass weighing 4 pounds, 7 ounces – the heaviest of the event in the Boater Division – which earned him the day’s Boater Big Bass award of $515. 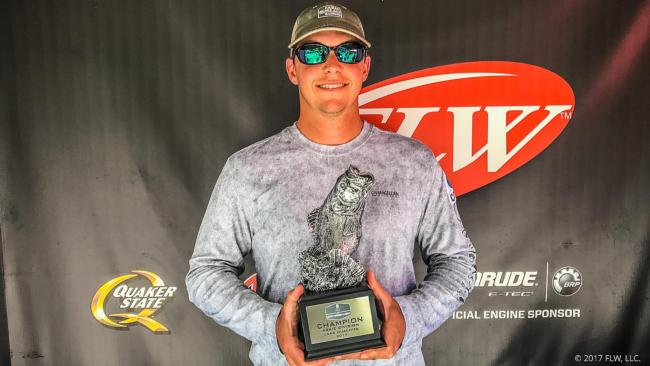