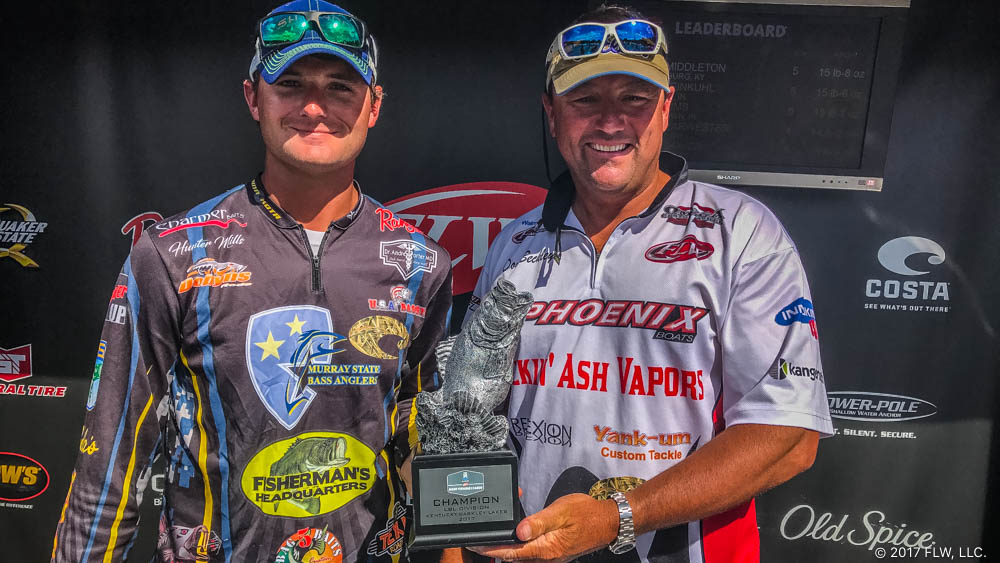 Hunter Mills of Mayfield, Kentucky, and Don Beckley of Paducah, Kentucky, each brought five bass weighing 21 pounds, 12 ounces, to the scale Saturday to tie for the win at the T-H Marine FLW Bass Fishing League (BFL) LBL Division tournament on Kentucky and Barkley lakes. For their limits, Mills earned $5,462 after contingency bonuses, while Beckley took home $3,462.

“I fished north of Jonathan Creek on the east side of the main-river channel,” says Beckley, who notched his first career-win in BFL competition. “I sat in 25 to 30 feet of water, which is a lot deeper than most people go. When I got to my area, I stayed there all day because there was a lot of wind and boat traffic.”

Beckley was able to catch 12 to 15 keepers throughout the tournament.

“I stayed south of the sweet spot about 50 yards, and every hour I’d ease in there and catch a 4-pounder,” says Beckley. “It was important that I let the fish rest. I used a ¾-ounce football-head jig with a green pumpkin-colored (Strike King Rage Craw) trailer and dragged it as slow as I possibly could.”

“I did a lot of cranking, mostly in 25 to 27 feet of water,” said Mills, a current FLW College Fishing Murray State University angler who also earned his first career-win on the BFL circuit. “The Tennessee Valley Authority was pulling water which created a lot of current and that was a big factor for the crankbait bite.”

Mills says he spent his morning on the north side of Eggner’s Ferry Bridge, and after 9:30 a.m. he moved south. He fished around eight areas throughout the event, and used a Profound Outdoors Randy Haynes’ Azuma Z Boss 25 crankbait to catch his fish.

“Some of the bass were on top of the ledges, and some were hanging right off of the lip,” says Mills. “There was a north wind that impacted how I fished. Normally the wind is from the south and I have to face it and cast into it, but on Saturday, I had to reposition the boat a few times because they would only bite the bait if it was coming from a certain direction.”

Rob Vannerson of Benton, Kentucky, caught a fish weighing 7 pounds, 2 ounces – the heaviest of the event in the Boater Division – and earned the day’s Boater Big Bass award of $615. 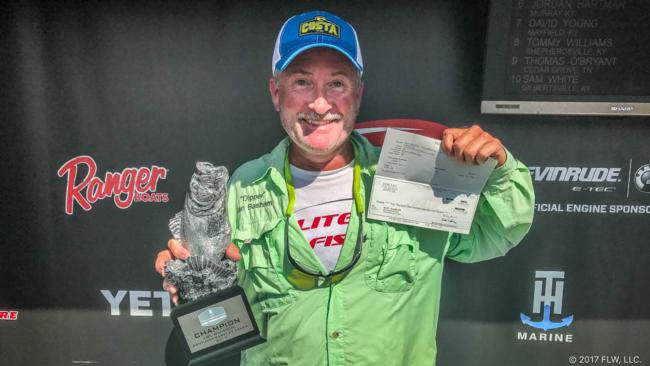 Peoples caught the largest bass in the Co-angler Division – a fish weighing 5 pounds, 10 ounces. The catch earned him the day’s Co-angler Big Bass award of $307.