McCay Slows Down for Keowee Title

“I had a couple places where I was catching 10 or 11 pounds consistently during practice, but by 9 a.m. Saturday morning I didn’t have a bite from either,” says McCay, who earned his first career win in FLW competition. “I decided to head into the back of a creek on the north end that had stained water, laydowns, docks and stump flats. I threw a swimbait and only had one fish swirl on it, which told me they weren’t very active.”

McCay began flipping a ½-ounce brown Spotsticker Casting Jig with a green-pumpkin-colored Strike King Rage Tail Craw trailer, and was able to put two 4-pounders and a 3-pounder in the boat. Around 2 p.m., he says that he left the area for a long flat with scattered rock on the main lake.

“I used the Spotsticker and nabbed another 3-pounder,” says McCay. “I caught my last fish on the south end, in 70 feet of water, from a rock pile where fish typically school up. I guess I pulled up to the right place at the right time.”

Joshua Popham of Central, South Carolina, nabbed a bass weighing 4 pounds, 13 ounces – the heaviest of the event in the Boater Division – and earned the day’s Boater Big Bass award of $505. 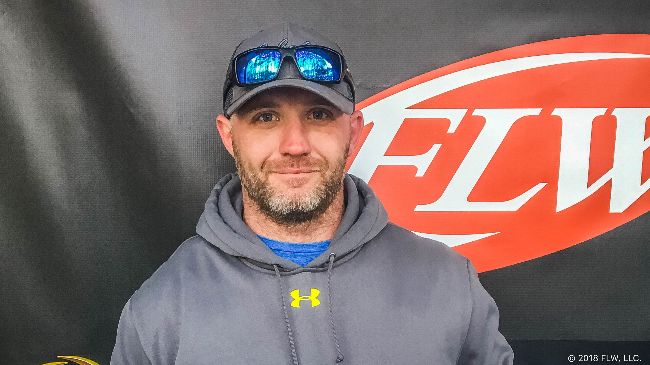 Thomas Morris of Walhalla, South Carolina, caught the largest bass in the Co-angler Division – a 4-pound, 4-ounce fish. The catch earned him the day’s Co-angler Big Bass award of $247.