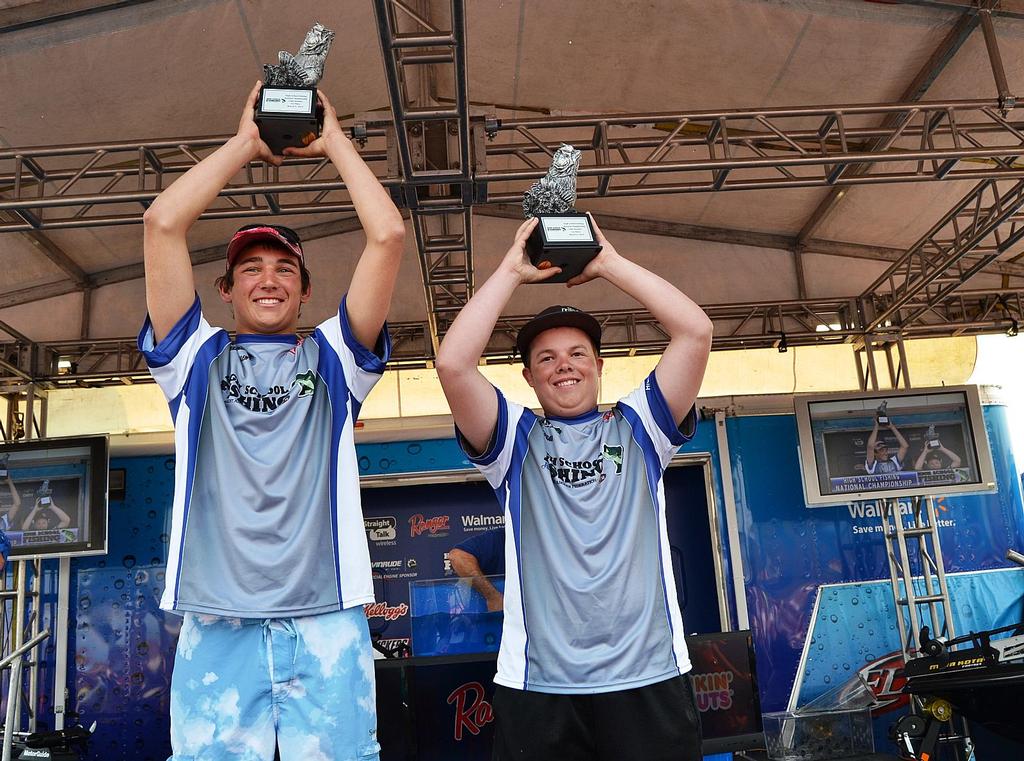 Frankie Mueller and Shane Edgar won the 2014 High School Fishing National Championship on Lake Keowee March 9 with a total catch of 9 pounds, 13 ounces. The team, which won the Western Conference Championship to qualify for nationals, represented the state of Arizona.

Teams competed last fall in five conference championships with the winner of each qualifying for the national championship.

In third place was Southern Conference champions – Cameron Mattison and Chad Poulsen, representing the state of Louisiana with a total catch of 3 pounds, 10 ounces. 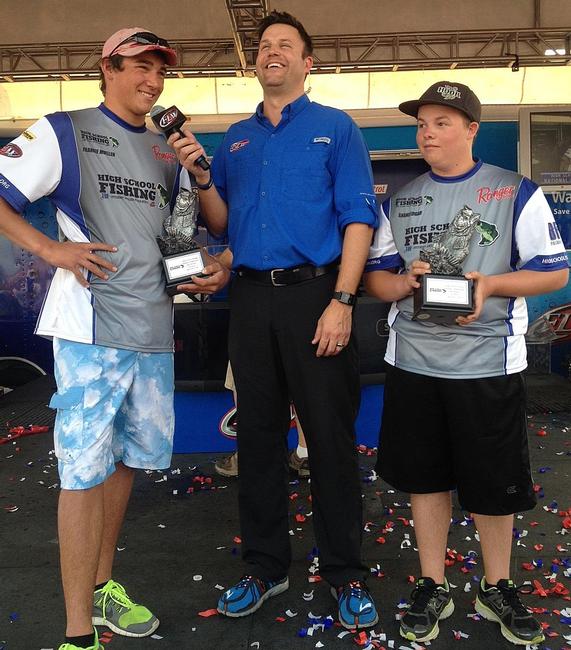 Based on the highly successful 2009 launch of FLW College Fishing, which now enjoys participation by more than 600 colleges and universities nationwide, FLW and The Bass Federation (TBF) joined forces in 2011 to launch the first national High School Fishing program. By offering a high school bass fishing state championship in every state in the continental United States plus the province of Ontario, FLW and TBF are recruiting a record number of youth to the sport. Each year FLW and TBF operate more than 50 High School Fishing tournaments under the Student Angler Federation (SAF) umbrella, including opens, conference championships and a national championship that awards a $10,000 scholarship ($5,000 per student) to the winning two-angler team. The FLW/TBF SAF initiative remains the only national High School Fishing program.