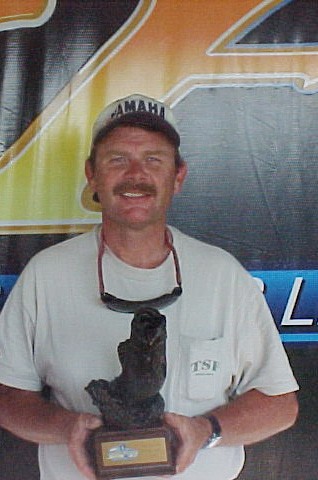 Mayr edged out David Barker of Frederick, Md., by 1 pound, 13 ounces in the one-day event that set out from Smallwood State Park. Barker finished with a five-bass catch weighing 15 pounds, 4 ounces to win $3,000. Mayr caught his limit under clear skies using crankbaits around wood and rock structures.

Donald Ringer of Oakland, Md., won the boater Big Bass Award and collected $1,000 with a 5-pound, 13-ounce bass that he caught on a firetiger-colored crankbait.

James Magee of Franklinville, N.J., won the co-angler Big Bass Award of $500 with a 4-pound, 9-ounce bass that he caught on a green pumpkin-colored trick worm.

Overall, 515 bass were caught during the tournament, including 18 five-bass limits.

The BFL will visit Lake Champlain July 14 for the second of five events in the Northeast Division. The boater with the most points after the division’s season finale, a two-day Super Tournament Sept. 22-23 on Lake Champlain, will be declared the Divisional Points Champion and awarded $1,000. The co-angler amassing the most points will receive $500.

The top 30 boaters and top 30 co-anglers in the Northeast Division will advance to regional competition Oct. 9-13 on Chautauqua Lake near Jamestown, N.Y., where they will go up against top competitors from the Buckeye, Piedmont and Michigan divisions for a shot at qualifying for the $250,000 All-American.