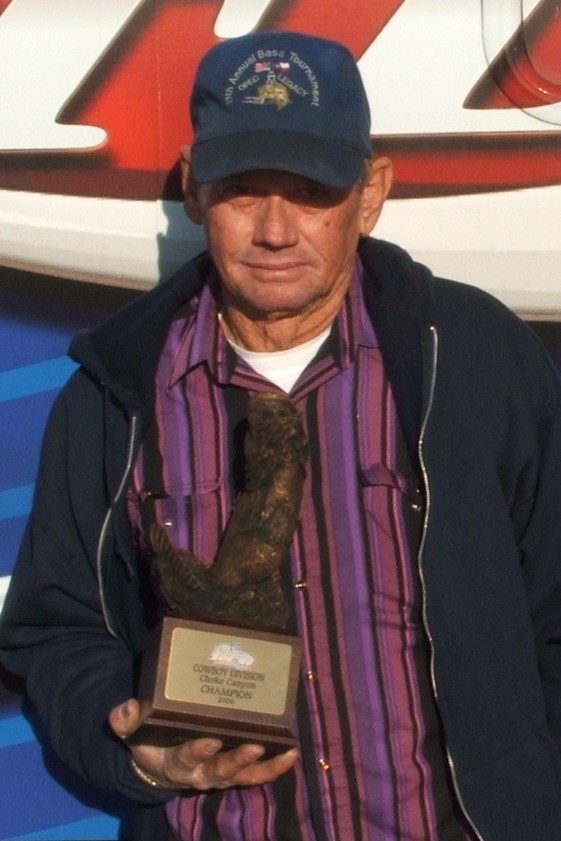 Jim Pruitt of Houston, Texas, took Boater Division big-bass award honors, earning $505 for an 11-pound, 8-ounce bass. Pruitt caught the giant largemouth, one of the largest ever caught in BFL history, from timber in 9 feet of water on a Reaction Innovations Sweet Beaver.

Ricky Campbell of Waxahachie, Texas, earned $750 as winner of the Ranger Cup and Powered by Yamaha awards.

Jesse Fry of College Station, Texas, earned $1,902 as the co-angler winner, thanks to five bass weighing 20 pounds, 11 ounces that he caught on a Brush Hog.

Darrell Noster of Houston earned $252 as the co-angler big-bass award winner with a 10-pound, 1-ounce bass he caught on a white and chartreuse spinnerbait.

The Cowboy Division’s next event will be held March 4 on Sam Rayburn Reservoir near Jasper, Texas, followed by an event on Cedar Creek near Log Cabin, Texas, April 8. The fourth event will be held April 29 on Lake Palestine near Flint, Texas and the Cowboy Division will wrap up its regular season Sept. 30-31 with a two-day Super Tournament on Sam Rayburn Reservoir near Jasper.