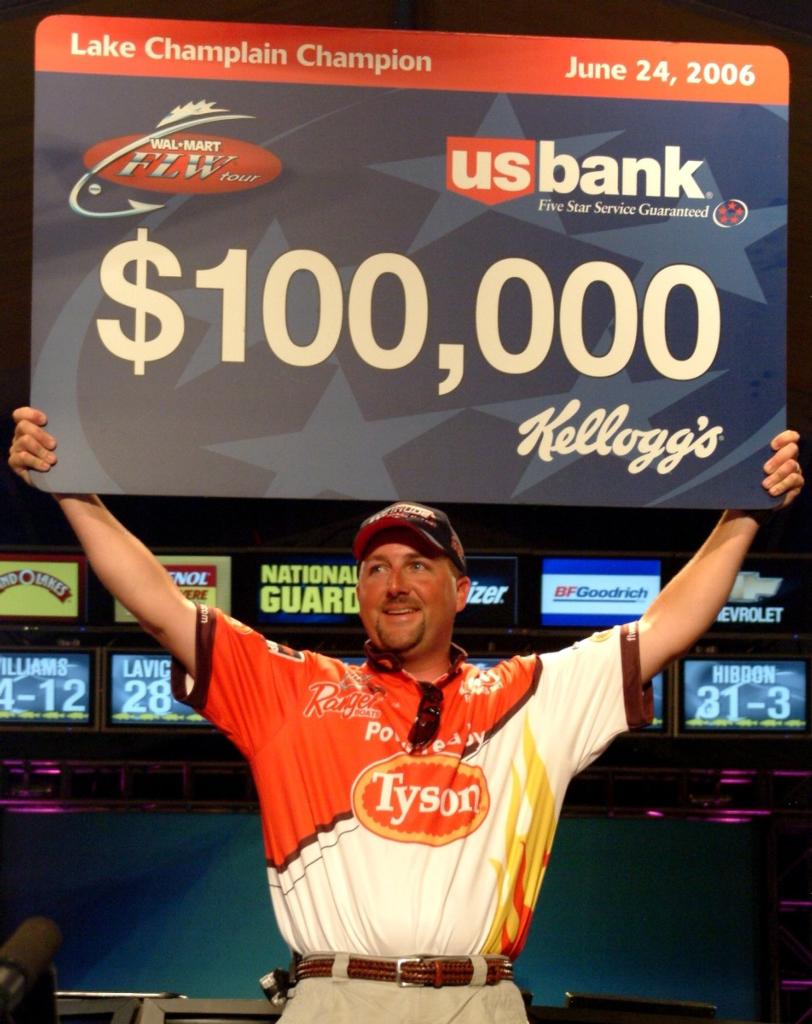 BIRMINGHAM, Ala. – Fishing fans will have the opportunity to meet some of the most talented anglers in the world of competitive bass fishing at 13 Wal-Mart stores in the Birmingham, Ala., area July 31 from 5 to 7 p.m.

The world-class anglers will be signing autographs, posing for photos and offering fishing tips to store visitors during the two-hour event, which precedes the $1.5 million Wal-Mart FLW Tour Championship presented by Castrol on Logan Martin Lake Aug. 2-5.

Among the anglers participating will be Tyson pro Tracy Adams of Wilkesboro, N.C. After five career FLW Tour top-10s, Adams earned a hard-fought victory and $100,000 on Lake Champlain in the final FLW Tour qualifier of 2006. On day four, Adams rallied and caught five largemouth bass weighing 17 pounds, 11 ounces. Adams will be at the Wal-Mart store located at 5335 Hwy 280 S. in Hoover, Ala., talking about his winning pattern.

Kellogg’s angler Kim Bain, now of Alabaster, Ala., but originally from Brisbane, Australia, will be among the anglers speaking at the Wal-Mart located at 690 Highway 78 in Sumiton, Ala. Bain has done well fishing the FLW Tour, as well as the Wal-Mart FLW Series and Wal-Mart FLW Redfish Series, and is quickly becoming one of the most recognized figures in the sport.

A complete list of participating stores and pro anglers is included below.

Wal-Mart and many of America’s largest and most respected companies support FLW Outdoors and its tournament trails. Wal-Mart signed on as an FLW Outdoors sponsor in 1997 and today is the world’s leading supporter of tournament fishing. For more information about Wal-Mart, visit Wal-Mart.com