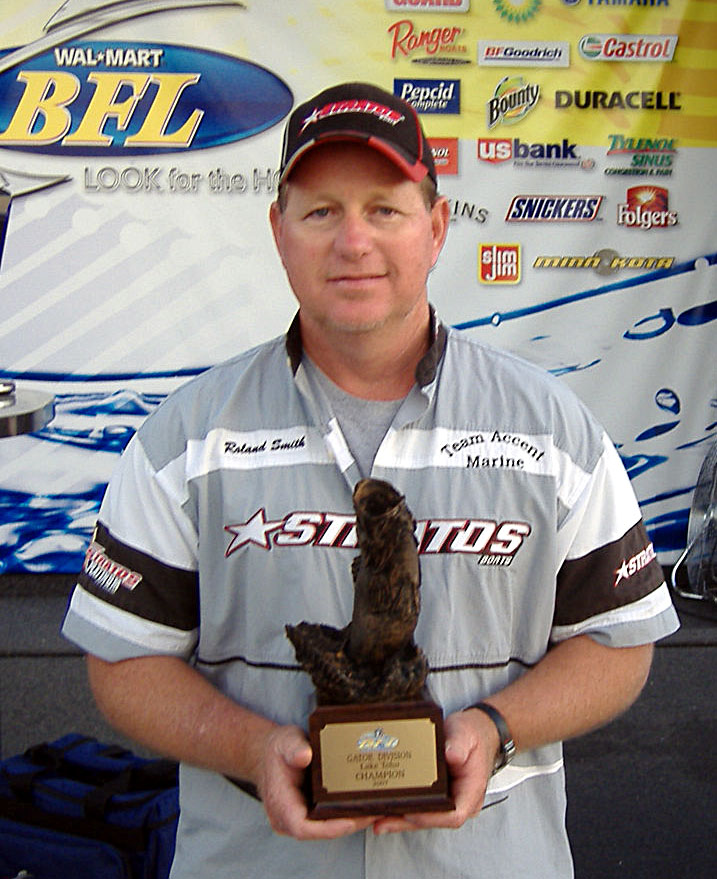 Smith was sight-fishing with an array of soft plastics to catch his quality sized, tournament limit of bass.

William Wood of West Palm Beach, Fla., earned $3,000 as the co-angler winner Saturday thanks to five bass weighing 12 pounds, 10 ounces that he caught while fishing a rattle trap in deeper water to catch his bass.