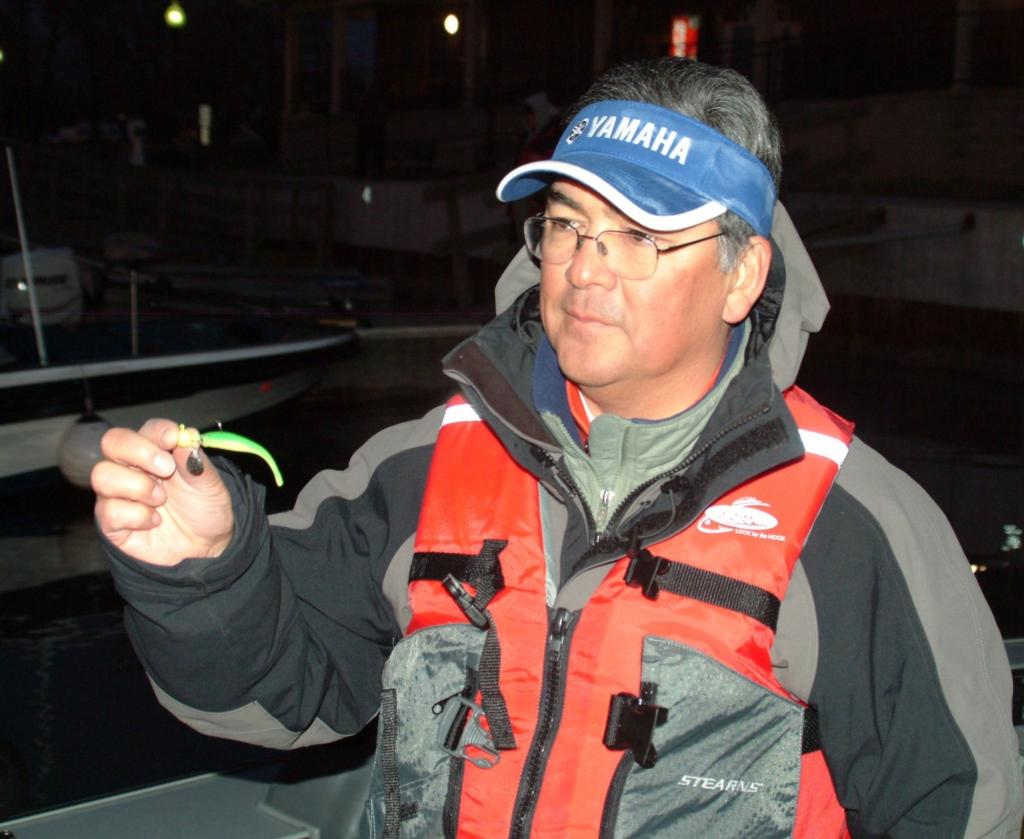 MINNEAPOLIS – Tune in Sunday, May 13, to “FLW Outdoors” on FSN for complete coverage of the season-opening Wal-Mart FLW Walleye Tour event held on the Detroit River in Trenton, Mich. The first tournament of the $2.71 million season, which included a full field of 150 pros and 150 co-anglers, concludes with the winning pro claiming a cash prize of up to $100,000. The stories evolve and the suspense grows throughout the one-hour show until the final weigh-in results are announced.

After three days of competition, Shorewood, Ill., pro Mark Meravy is on top of the leaderboard with a total weight of 51 pounds, 14 ounces. The early portion of the tournament has been dominated by jigging, a tactic at which Meravy excels. The pro leader is running a combination of both plastics and shiners on his jigs. More specifically, he’s jigging two rods with solely plastics on them. His co-angler will then jig two rods tipped with shiners. He does this so that he can focus on boat control yet still keep a varied offering in the water. But on day three, the Detroit River finally muddied up, effectively killing the jig bite. The fishing was tough all around as only 53 five-walleye limits were registered. Meravy would like to continue his jig pattern, but the decision is ultimately out of his hands. If the water has a foot or more of visibility, he will jig, which is what he really wants to do. Otherwise, he’ll be forced to poleline with crankbaits.

Hot on Meravy’s heels is BFGoodrich Tires pro Dustin Kjelden. The Brookings, S.D., native is hungry for win No. 2 on the Walleye Tour, and this looks like a perfect opportunity. While Meravy is content to stay in the river, Kjelden has a different strategy in mind. A risk taker by nature, Kjelden plans to poleline in the river for a quick limit and then head to Lake Erie to try to upgrade his catch. Many pros ventured to the lake earlier in the tournament, only to return empty-handed due to its mud-laden hue. But with $100,000 on the line, this is a gamble Kjelden is willing to take. He starts day four exactly 1 pound off the lead. 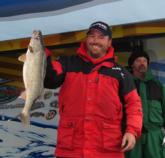 FSN also follows veteran angler Scott Fairbairn. A Hager City, Wis., native, Fairbairn shines in jig tournaments. At the conclusion of the three-day opening round, Fairbairn sits fifth with 42 pounds, 8 ounces. On day three, Fairbairn had to adapt to the changing conditions and go handlining, something he almost never does – and hates to do. But the Mississippi River rat has an inkling that the jig bite will return on day four. Using pink 3/8-ounce jigs tipped with plastic ringworms on braided line, Fairbairn plans to run north near downtown Detroit, only a few miles north of Joe Louis arena.

FSN is broadcast to more than 81 million homes through its network of 20 regional sports channels. Established in 1996, FSN is the only cable network that supplies national, regional and local sports programming. FSN serves as the cable TV home to 62 of the 82 MLB, NHL and NBA teams based in the United States, and produces more than 4,500 live events each year. FSN has an extensive catalog of original national programs, including “Best Damn Sports Show Period” and “Beyond the Glory” documentary series, along with national packages of collegiate sports. Based in Los Angeles, FSN is part of the vast FOX Sports television family. For the latest up-to-the-minute sports news and opinions, visit the FOX Sports-FSN Web site at www.FoxSports.com.