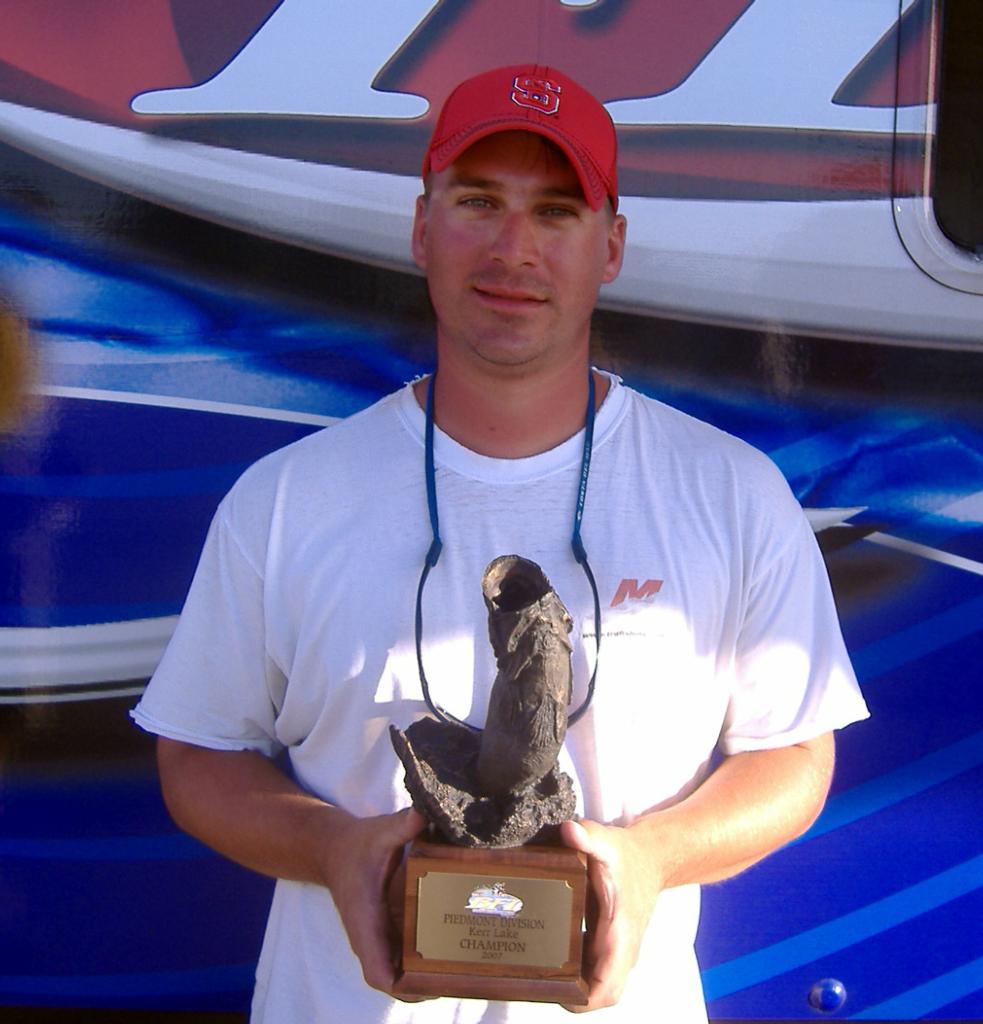 Wooten caught his bass throwing a Senko in and around grass.

Jamie Denison of Winston Salem, N.C., earned $3,378 as the co-angler winner thanks to seven bass weighing 21 pounds, 14 ounces that he caught while fishing a jig near rocks and grass.

Denison earned $491 as the co-angler Big Bass winner after catching a 6-pound bass.

Following the end of regular-season competition, the top 40 boaters and 40 co-anglers based on year-end points standings in the division will advance to the no-entry-fee Potomac River Regional Championship where they will compete against top qualifiers from three other BFL divisions. At the Regional Championship boaters will fish for a new Ranger boat and Chevy truck and co-anglers will fish for a new Ranger boat. The top six boaters and top six co-anglers at the Regional Championship will also advance to the 2008 All-American presented by Chevy. With a total purse of $1 million, a potential $140,000 cash prize going to the winning boater and as much as $70,000 going to the winning co-angler, the All-American is one of the most prestigious and lucrative events in bass fishing. The winning boater and winning co-angler at the All-American also advance to the no-entry-fee $2 million 2008 Forrest Wood Cup. This event, featuring a top award of $1 million, is the sport’s biggest championship.