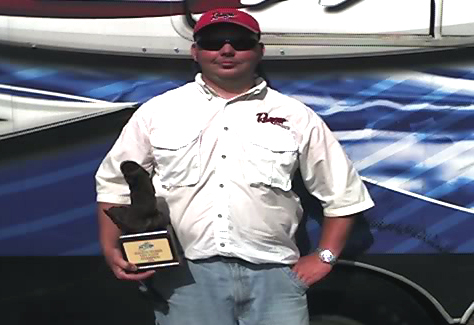 Adams caught his fish around Richland Creek by fishing around shad and casting a ¼-ounce white spinnerbait.

Trae Renfroe of Milledgeville, Ga., earned $2,631 as the co-angler winner Saturday thanks to four bass weighing 13 pounds, 2 ounces that he caught fishing a crankbait in pockets around Richland Creek.

Don Griffin of Roswell, Ga., earned $410 as the co-angler Big Bass winner after catching a 7-pound, 5-ounce bass on a Trick Worm.

Bulldog Division anglers will visit West Point Lake in Lanett, Ala., May 17 for their fourth regular-season event. A two-day Super Tournament, the division’s fifth and final event, will be held on Lake Eufaula in Eufaula, Ala., Sept. 13-14.