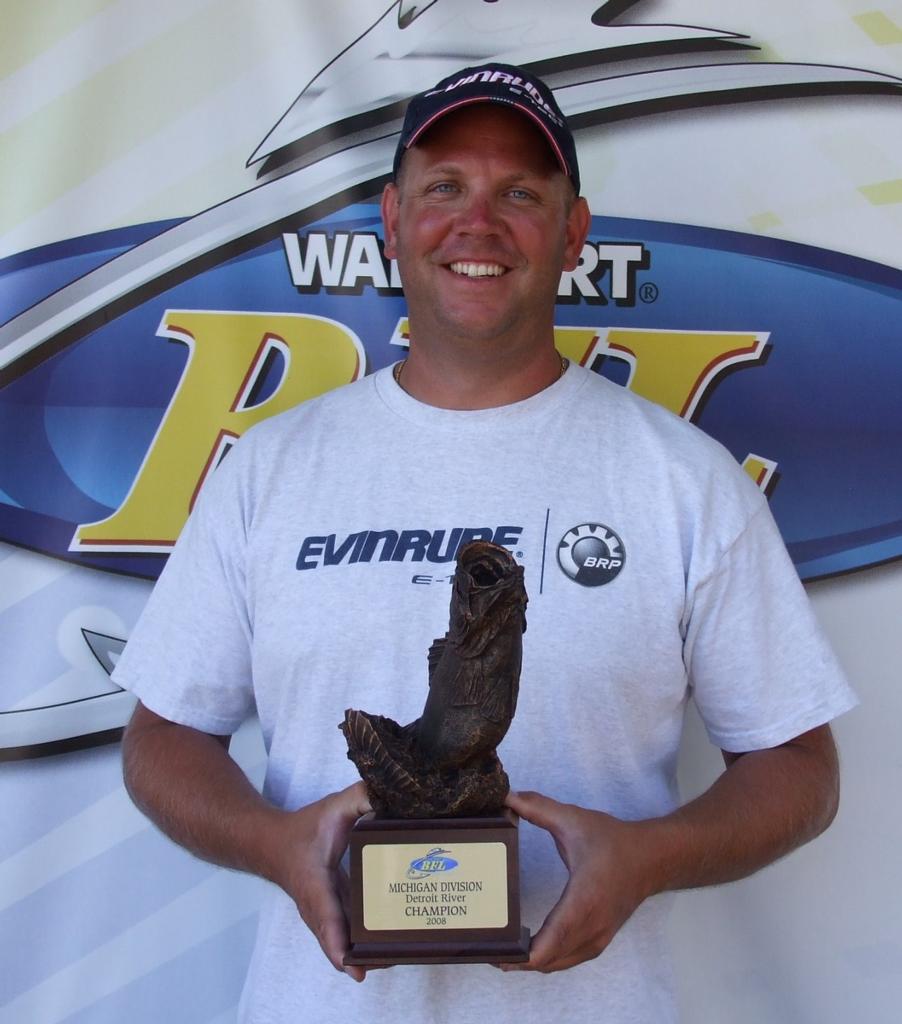 TRENTON, Mich. – Boater Mark Dowd of Livonia, Mich., won the Walmart Bass Fishing League Michigan Division tournament on the Detroit River Saturday with a five-bass catch weighing 25 pounds. The victory earned Dowd $3,431 and placed him one step closer to qualifying for the Cherokee Lake Regional Championship in Morristown, Tenn., Oct. 16-18, where he could ultimately win a new 198VX Ranger boat and a Chevy truck.

“It was a great feeling to win this tournament,” Dowd said. “I have been close a few times but I always fell short.”

Dowd caught his Detroit River bass in 23 feet of water using a variety of baits that included- a crankbait, drop-shot and tube.

“I was done fishing at 10:30 in the morning and once I looked at the scales, I knew that with the weight I had that it would be tough to beat,” Dowd added. “So, I felt confident going to weigh-in.”

David Adams of Schererville, Ind., earned $1,944 as the co-angler winner Saturday thanks to five bass weighing 20 pounds, 7 ounces that he caught fishing deep on Lake Erie.

A two-day Super Tournament, the division’s fifth and final event, will be held on the Detroit River in Trenton Sept. 27-28.

Following the end of regular-season competition, the top 40 boaters and 40 co-anglers based on year-end points standings in the division will advance to the no-entry-fee Cherokee Lake Regional Championship where they will compete against top qualifiers from three other BFL divisions. At the Regional Championship boaters will fish for a new Ranger boat and Chevy truck and co-anglers will fish for a new Ranger boat. The top six boaters and top six co-anglers at the Regional Championship will also advance to the All-American presented by Chevy. With a total purse of $1 million, a potential $140,000 cash prize going to the winning boater and as much as $70,000 going to the winning co-angler, the All-American is one of the most prestigious and lucrative events in bass fishing. The winning boater and winning co-angler at the All-American also advance to the no-entry-fee $2 million Forrest Wood Cup. This event, featuring a top award of $1 million, is the sport’s biggest championship.