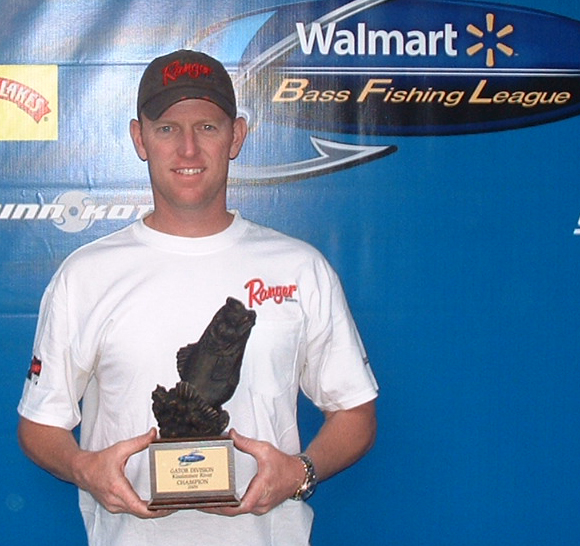 “Watching the Weather Channel, I knew it had been cold all week. I just had a thought in my mind that the fish would pull out in deeper water,” said Smith. “When I practiced, I stuck with that idea that fish were going to be deeper and discovered that Friday before the tournament.”

Smith caught a total of eight fish between takeoff hours and lunchtime and kept the best five, culling only once. Smith said he knew that Saturday was forecast to be a nice day, and by midmorning the weather had improved.

“I didn’t have to fish anymore, so I put my pole down and tried to help my co-angler catch his limit,” Smith said. “I normally don’t catch that much weight the day of takeoff. But I ran up to Lake Toho and fished in a new place. An angler before me caught a 9-pound, 2-ounce bass, and I thought he had caught the big one. But I fished it for a while longer and caught a bigger one.”

Smith took home the Boater Division Big Bass award, earning $595 for a 9-pound, 11-ounce bass he caught. The winning fish were caught on a Rat-L-Trap and a Yo-Zuri lipless crankbait.

The next Gator Division event will be held on the Harris Chain of Lakes in Tavarez, Fla., Feb. 14.