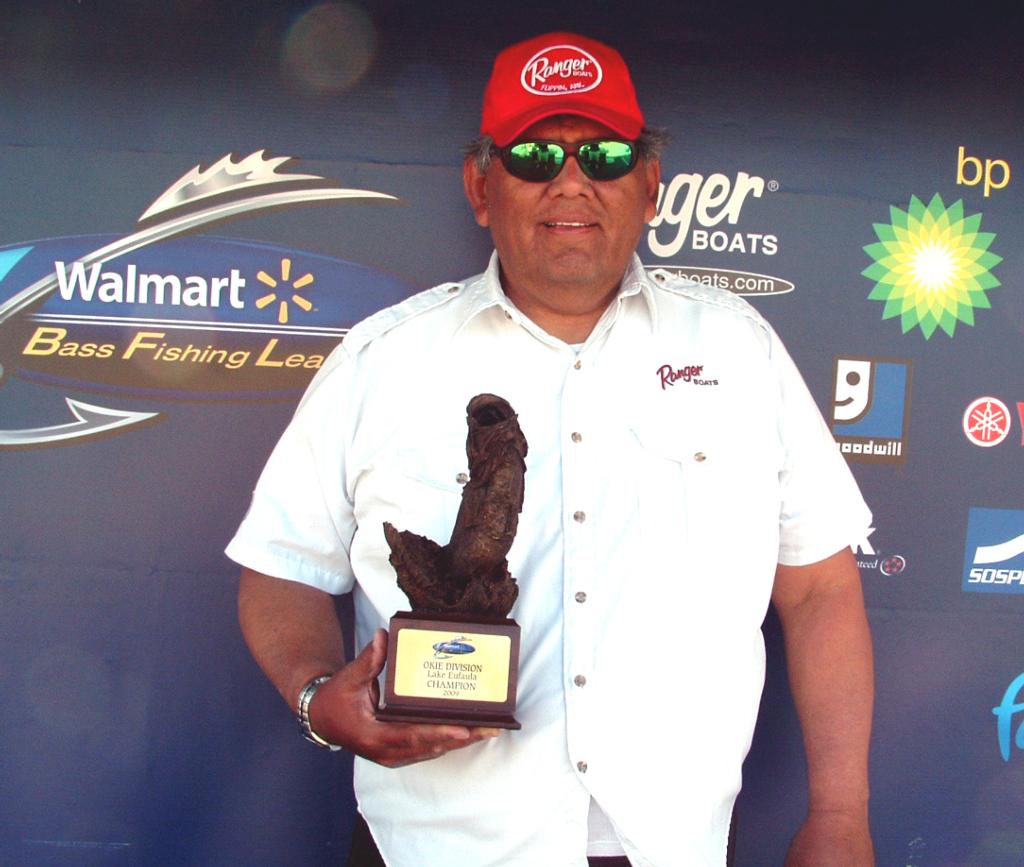 EUFAULA, Okla. – Mike Tyner of Stillwater, Okla., won the Walmart Bass Fishing League Okie Division tournament on Lake Eufaula Saturday with a five-bass catch weighing 18 pounds, 10 ounces. The victory earned Tyner $3,889 and placed him one step closer to qualifying for the DeGray Lake Regional Championship in Arkadelphia, Ark., Oct. 22-24, where he could ultimately win a new Ranger boat and a Chevy truck.

Garcia took home the Folgers Big Bass award in the Boater Division, earning $525 for a 7-pound, 9-ounce bass he caught. 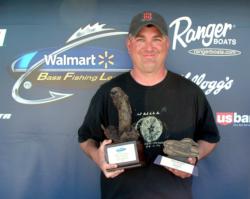 Donny Murrell of Sapulpa, Okla., earned $1,944 as the co-angler winner Saturday thanks to four- bass weighing 15 pounds, 10 ounces that he caught flipping a worm.

The next Okie Division event will be held on the Fort Gibson Lake in Wagoner, Okla., May 2.