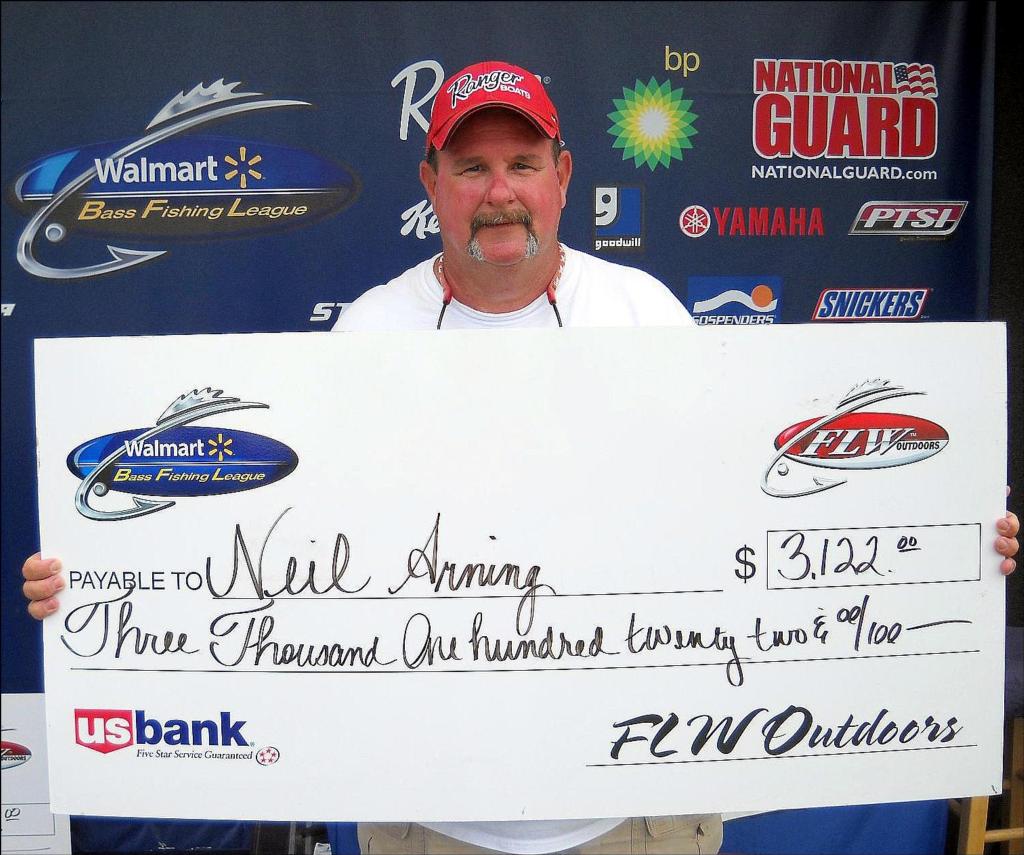 MADISON, Iowa – Neil Arning of Orland Park, Ill., won the Walmart Bass Fishing League Illini Division tournament on the Mississippi River Saturday with a five-bass catch weighing 14 pounds, 3 ounces. The victory earned Arning $3,122 and placed him one step closer to qualifying for the Mississippi River Regional Championship in Fort Madison, Iowa, Oct. 1-3, where he could ultimately win a new Ranger boat and a Chevy truck.

“I thought it would have taken around 15 pounds to win this tournament,” said Arning, winning his first BFL tournament. “I had most of my fish by 10 a.m.”

Arning fished in two spots on the north end of the Mississippi River concentrating on wood cover, specifically stumps and lay-downs. “I continued to fish after 10 a.m. but didn’t catch any fish big enough to cull.”

Arning gives credit to his co-angler, Tamela Lingle of Dongola, Ill., for her help in his success.

Aaron Wehmeyer of Bloomington, Ill., earned $1,561 as the co-angler winner Saturday thanks to five 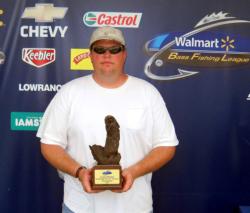 bass weighing 11 pounds, 12 ounces that he caught on a black-neon Sweet Beaver.

The next Illini Division event will be held on the Ohio River in Golconda, Ill., Aug. 8.