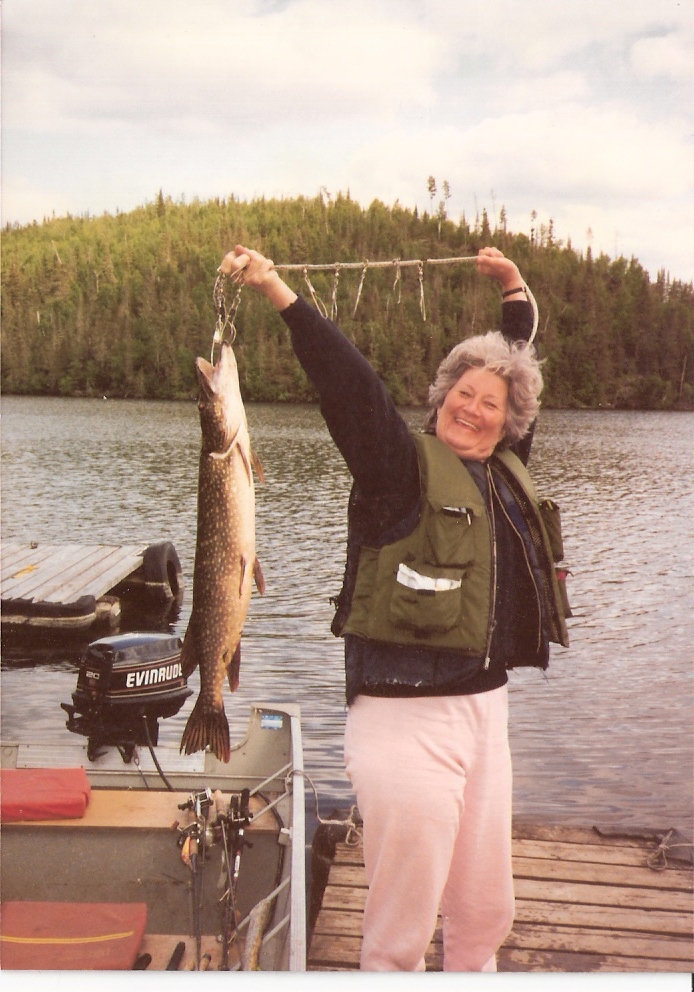 “Wait until I tell the kids,” said Zedonis. “Our family plays FLW Fantasy Fishing together. They originally called me `The Momma’ but I changed my team name to `Fishin’ Momma.’ Momma always seems to pick the right guys.

“We banter back and forth because Momma usually sits on top of the league, and I’m no spring chicken,” Zedonis added. “You know what, we’ve been kidding like crazy because my son Paul is the big fisherman in the family.”

In 2009 David Zedonis, one of the five children in the Zedonis family, topped his brother and mother in the FLW Fantasy Fishing game that coincided with the FLW Tour’s Walmart Open on Beaver Lake.

“Momma” Zedonis did her own research for the Lake Okeechobee event, including reading the Pundits Picks on FantasyFishing.com and utilizing Player’s Advantage, to pick her winning lineup.

Zedonis’ Fantasy Fishing team was led by McMillan and earned her 2,280 valuable points. Fantasy fishing points accumate with participation in each successive contest. As such, Zedonis’ picks have provided her with an early lead in the race for the grand prize – which will be awarded to the person who enjoys the highest overall point total at the end of the 2011 FLW Fantasy Fishing season.

“The fact that I won … I’m just giggling because it tickles me,” Zedonis said. “The Fishin’ Momma really knows what she’s doing.”

Playing Fantasy Fishing has been a fun way for the Zedonis family, who live in three states (Indiana, Illinois and California), to stay connected. Zedonis hopes the family’s third win comes at the upcoming EverStart Series Western Division event on Lake Roosevelt where her son Paul is competing as a pro.

“It’s something to look forward to as a family,” Zedonis added. “It’s very much a bonding thing for our family. It’s fun to tease one another and write little notes to each other. There aren’t too many things for families to bond with any more. Everybody’s off doing their own thing. This is a beautiful thing for everybody, really.”

Finishing in second place on the fantasy side for the Lake Okeechobee event was Mark Smith of Virginia, Ill., who won $5,000, and in third was Larry Gragg of Pine Bluff, Ark., who won $1,000. Several other winners from Montana to Florida to Ontario took home prizes ranging from $500 to $10.

The 2011 Fantasy Fishing season consists of 10 tournaments surrounding the Walmart FLW Tour with cumulative and individual tournament prizes. Fans compete for more than $25,000 in cash and prizes from each of the 10 tournaments and a top prize of $15,000. The cumulative grand prize is $100,000 with the overall runner-up winning a Ranger Z-520 boat with a Ranger Trail Trailer, 250 Mercury outboard, Minn Kota Maxxum 80 trolling motor, Lowrance electronics and trolling motor batteries – all valued at $54,000.

The third-place overall winner will win a Chevy 1500 Silverado valued at $38,000, and fourth place will take home a FinCraft 17 Dual Console boat with a 115 Evinrude outboard that is valued at $27,000. A BRP Can-Am Outlander 400 All-Terrain vehicle, valued at $8,000, will be awarded to the fifth-place finisher; while sixth- through 10th-place finishers will win Walmart gift cards ranging in value from $9,000 to $5,000.

To begin playing, visit FantasyFishing.com and sign up. A team will automatically be selected for you, but you can edit that team and choose the 10 anglers you think will place the highest in the next Tour event. You must then select the angler you think will win the tournament and predict that angler’s cumulative winning weight, which will serve as the tiebreaker. Player’s modifications to their teams must be finalized by 11:59 p.m. ET the night prior to the tournament.