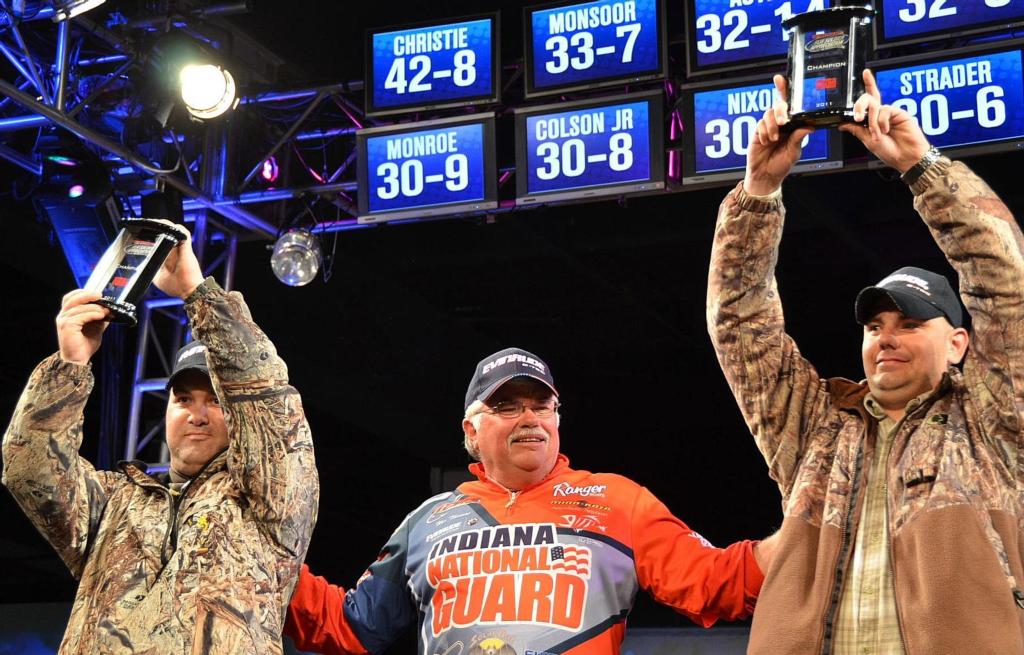 “This feels fantastic,” said Thompson. “I couldn’t have fished with anyone that would have been more fun and more knowledgeable about it.

“I didn’t know what to expect,” Thompson added. “I’ve seen FLW on TV, but I’d never really thought about being in (a tournament). It exceeded my expectations.”

Thomas said the team caught their fish on a shaky-head rig, although their biggest fish came on a BOOYAH spinnerbait.

“We pulled up on the first place and in less than 15 minutes of fishing we had three nice fish in the boat,” Thomas said. “Then I went to a place where I had caught some big fish in practice and we caught that big one that put us over the top.

A total of 23 service men, 11 teams, participated in the tournament. Rounding out the teams was:

For complete details and updated information visit FLWOutdoors.com. For regular updates, photos, tournament news and more, follow FLW Outdoors on Facebook at Facebook.com/FLWFishing and on Twitter at Twitter.com/FLWOutdoors.