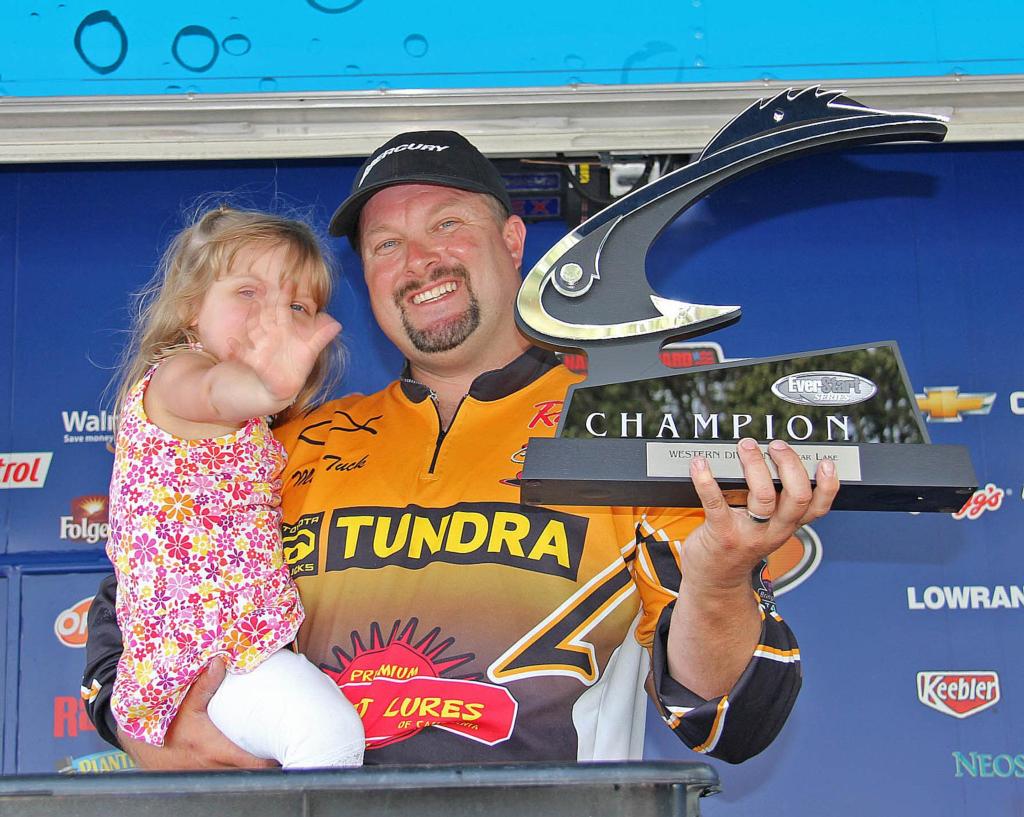 “This turned out to be a pretty good week!,” exclaimed Tuck. “I started the week with engine trouble and I really have to give a shout out to the Mercury Motor dealership in Sacramento. They got me up and running so that I could get here just in time to do a little pre-practice that enabled me to locate my fish.

“I pretty much fished the same area all week long,” Tuck continued. “I was fishing shallow grass near Rodman Slough with Little Creeper All American Trash Fish. This bait was designed to match the forage here and I really think it was key to my victory.

“Everything came together for me this week. My engine getting fixed, the water dropping which helped position the fish, my choice of baits…it was just incredible.”

Chad Leblanc of Sutter, Calif., won the Co-angler Division and a Ranger boat with an Evinrude or Mercury outboard motor with a three-day total of 15 bass weighing 58-pounds, 14 ounces.

“This was just an awesome tournament,” said Leblanc. “My pros couldn’t have been better. They all gave me plenty of water to fish and let me do my thing.

`The first two days we were fishing shallow grass, which is pretty much what I practiced for,” went on Leblanc. “Today I had to make some adjustments because my pro was fishing deep. I struggled all day, but my pro really helped me out. Told me what to do and it worked.

“Today we were fishing the main body of the lake in about 15 feet of water. I threw just about everything including Berkley Chigger Craws, Jackall Flick Shake Worms and purple RoboWorms. The first two days I was throwing mostly topwater frogs in less than a foot of water.”