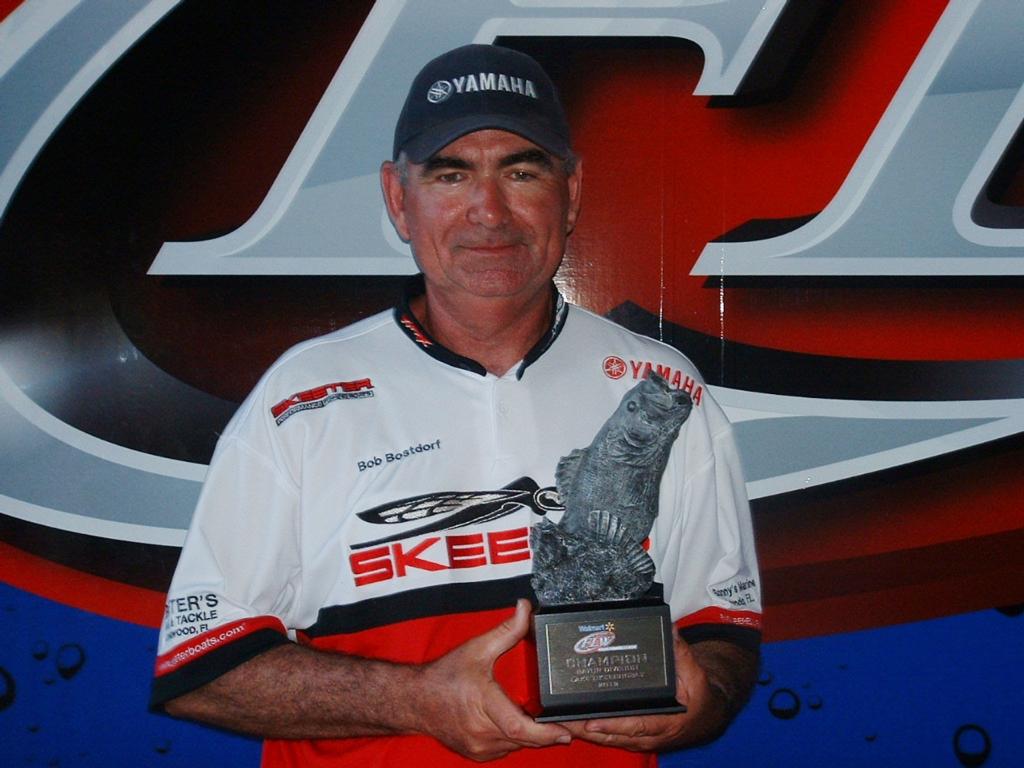 “I’ve been trying to win one of these for 30 years,” said Bostdorf. “I’ve been close multiple times, just a pound or two away. I’m excited I finally got over the hump and won one! I just had one of those days where the fish that I had found on Friday afternoon stayed there and they didn’t disappear or shrink on me.

“We had a fog delay,” Bostdorf continued. “They finally let us go out around 8:40 a.m. We had to slow way down due to the fog, but once we got to my spot I basically never cranked the motor again. I had one stretch of cover that I fished the entire day that was about 100 to 150 yards long. I had a lot of company in the area, but nobody else was catching them. My main bait was a Zoom Fluke in watermelon red. I was fishing it weightless, real slow. When I mean slow, I mean dead-sticking. You just throw it out there and you don’t move the bait, you just let it sink. Most of my bites came on the initial cast as the bait would fall. It wasn’t fast and furious; I only caught seven keepers on the day, but was able to get three that were a little over 6 pounds. I’ll definitely be at Lake Toho in a few weeks.” 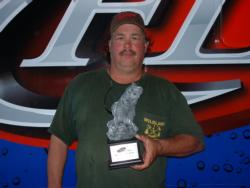