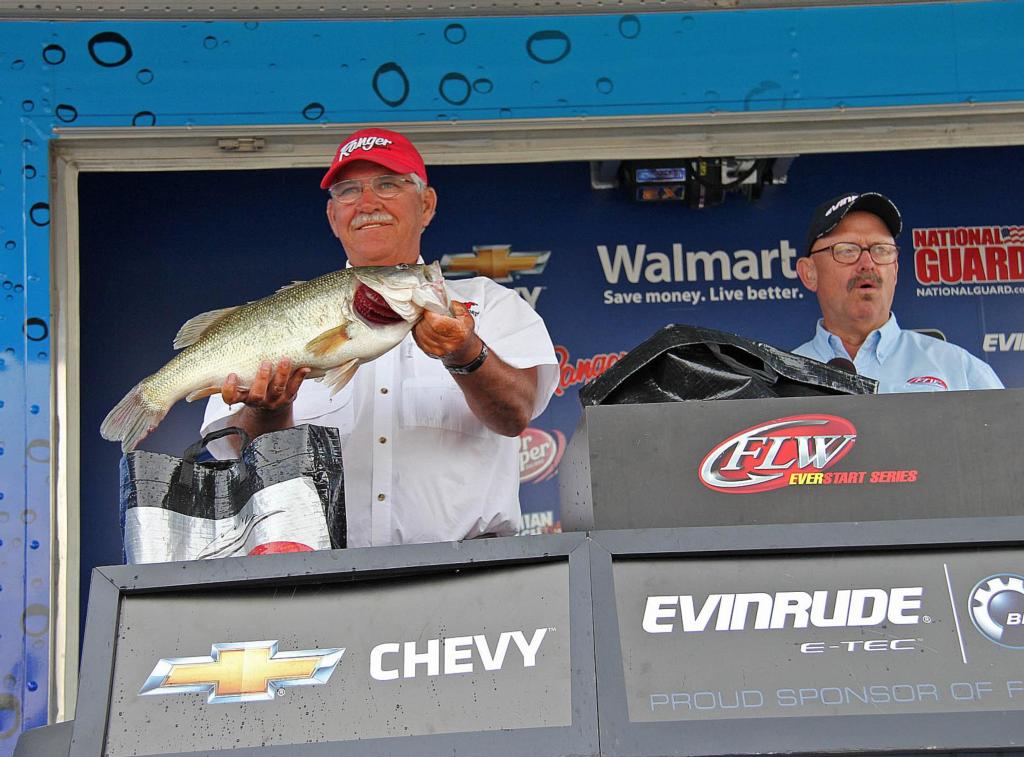 SUMMERTON, S.C. – The longest fog delay in the history of FLW took place today at the EverStart Series Southeast Division event presented by Evinrude on Santee Cooper – nearly five hours. That only delayed Ken Ellis of Bowman, S.C., from weighing in a five-bass limit totaling 20 pounds even Saturday to win the Southeast Division event. Ellis finished with a three-day total of 15 bass weighing 56 pounds, 5 ounces. For his victory, Ellis earned $32,913 and a Ranger Z518 with a 200-horsepower Evinrude or Mercury outboard motor.

“I think the fog delay really gave me an advantage today,” said Ellis. “I was able to hit a few key areas quickly that I knew from having fished this lake extensively. My local knowledge definitely helped me. A lot of these guys were making long hauls across the lake, but I was able to catch my limit within my first two hours on the lake today. We went out late, and when the storm rolled in around 11 a.m. it really slowed down out there.

“Earlier this week I caught fish using Senkos and Reaction Innovations Skinny Dippers,” continued Ellis. “But today I only threw a watermelon-colored Zoom Trick Worm. You had to fish it real patiently, and I was fishing light too – only using eight-pound test line. I was fishing in 3 to 5 feet of water, and I believe all of my bass that I caught were post-spawn. I caught nine fish on the day today, and my total weight of 56 pounds for the tournament was pretty close to what I had expected coming in. I had told a friend that the winner was probably going to have just under 60 pounds – I was close.”

Hutson caught the biggest bass of the tournament in the Pro Division Thursday – an 8-pound, 10-ounce bass – that earned him the day’s EverStart Series Big Bass award of $274.

Cal Clark of Pulaski, Tenn, won the Co-angler Division and a Ranger 177TR with an Evinrude or Mercury outboard motor with a three-day total of 10 bass weighing 24 pounds, 4 ounces.

Alfonso caught the biggest bass of the tournament in the Co-angler Division Thursday – a 9-pound, 1-ounce bass – that earned him the day’s EverStart Series Big Bass award of $182.

The next EverStart Series Southeast Division tournament will be May 3-5 at Lake Guntersville in Guntersville, Ala., and is hosted by the Marshall County Convention & Visitors Bureau.